A Mediterranean-style, tapas-inspired restaurant opens to the public today.

Share All sharing options for: Sfizi Officially Opens Today in the North End 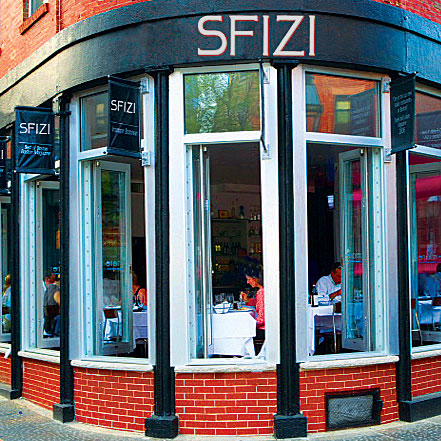 Sfizi is now serving up small plates of coastal Mediterranean cuisine in the North End. The restaurant officially opens today in the former Mare location at 135 Richmond St. and is the latest growth of the DePasquale Ventures empire. Frank DePasquale is also the man behind Bricco, Quattro, Gelateria, Crudo Bar, and Trattoria il Panino.

Sfizi's menu consists of small plates inspired by Portugal, Spain, Italy, Greece, Turkey, and France, ranging from $6 to $14. A rotating selection of large fish, red meat, and chicken entrees are available each night, in addition to Mediterranean wines, sangria, and beer.

Executive chef Gianni Caruso has worked in various other DePasquale kitchens, most recently at Bricco. A new feature in this restaurant is the "chef's table," where guests can sample Caruso's latest explorations, according to NorthEndWaterfront.com.

Sfizi also has three big-screen televisions and is open seven days a week from 4 p.m. to 12 a.m. Here's the menu: