This Framingham restaurant is making some changes after 75 years of business.

Share All sharing options for: Ken's Steakhouse to Overhaul Restaurant and Menu 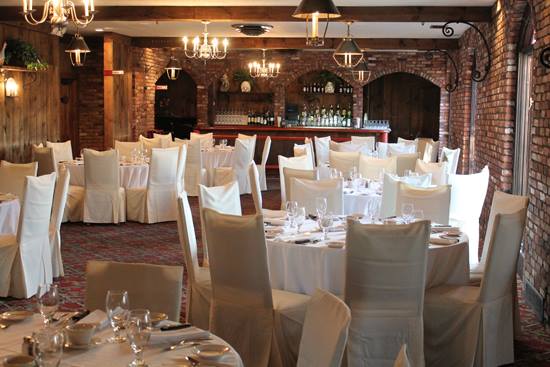 Ken's Steakhouse first opened on Route 9 in Framingham in 1941, serving up prime meats, seafood, and more. Its founders, Ken and Florence Hanna, grew the business in size and scope, offering "good quality food at reasonable prices."

Over the years, Ken's attracted famous musicians and performers, added additional dining rooms, and established a sound family-run business. The original salad dressing Ken Hanna served at his restaurant is now produced en masse by Ken's Foods, a separate entity in which the Hanna family has a 20 percent stake.

The restaurant is currently co-owned by the Hannas' son, Tim, and his wife Darlene. Their son, Tim Jr., now has plans to overhaul the classic Framingham eatery and retool the menu to reestablish Ken's as a staple of regional steakhouses, according to the Boston Globe.

Over five years and with $4 million, Tim Hanna Jr. plans to renovate the 17,000-foot restaurant space and exterior, in addition to updating the menu with executive chef Rick Brown. He will reportedly retain his grandfather's policy of making all food on the premises, and he is using a business loan to finance the changes.