The 2015 Ultimate Guide to Winter Restaurant Openings in Boston

Let these upcoming restaurants cheer up your cold weather blues.

Share All sharing options for: The 2015 Ultimate Guide to Winter Restaurant Openings in Boston

With a dusting of snow on the ground and near-freezing temperatures, it's time to look ahead to the winter restaurant openings that will help Boston forget the cold over the next few months. Hit up the tipline with any updates.

First, the restaurants that have confirmed an intention to open this winter: 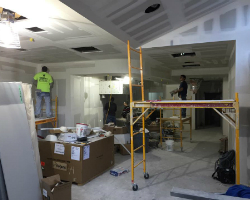 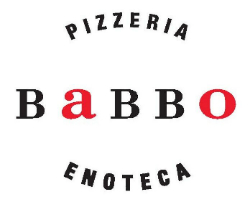 Where: 11 Fan Pier Boulevard, Boston (Fan Pier)
What: Mario Batali's first Boston restaurant. It will feature wood-fired pizzas as well as pasta and gelato, and there will be three bars (one for drinking, one for antipasti, and one for pizza).
Who: General manager Caroline Conrad was previously at Eataly Chicago, and executive chef Mario LaPosta comes from Tarry Lodge, also in Batali's restaurant empire.
When: Early March
Follow: Twitter 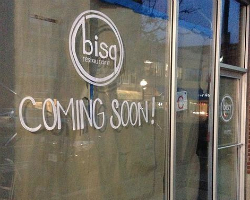 Where: 1071 Cambridge Street, Cambridge (Inman Square)
What: A sibling of Bergamot, which is located less than a mile away in Somerville. The 49-seat restaurant will serve "eclectic small plates" and "innovative charcuterie." Wine director Kai Gagnon previously told Eater: "We're shooting for the raucous yet inviting feeling of a Parisian bar à vin with the quality of food that Bergamot would lead you to expect."
Who: The Bergamot team — Gagnon, Keith Pooler, Servio Garcia, and Dan Bazzinotti.
When: Imminently.
Follow: Web / Twitter / Facebook / Instagram 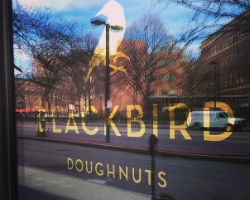 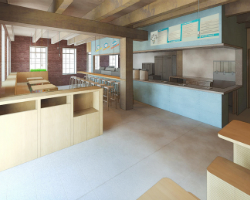 Where: 313 Congress Street, Boston (Fort Point)
What: A second brick-and-mortar location for the growing truck-and-restaurant group. Bon Me focuses on a Vietnamese-inspired selection of sandwiches, noodle salads, and rice bowls.
Who: The Bon Me team.
When: Imminently. A recent Facebook post indicated that it would be right after the new year. UPDATE: Now open!
Follow: Web / Twitter / Facebook / Instagram 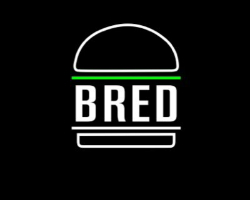 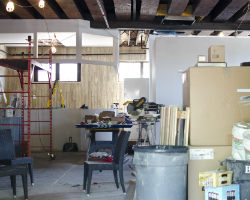 Where: 7 Moulton Street, Charlestown (Hayes Square)
What: A casual restaurant focused on pizza and small plates, along with craft beers. There'll be a patio, too.
Who: Michael Cooney (Kingfish Hall, The Publick House) and John Paine (Les Zygomates, Moody's Delicatessen). They met working at Sorriso.
When: Maybe by February.
Follow: Web / Twitter 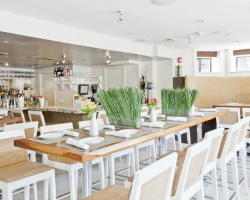 Where: 50 Northern Avenue, Boston (Fan Pier)
What: Mediterranean small plates and cocktails. "A laid-back, convivial speak-easy that feels like one great big cocktail party, with people coming together over sharable plates." The slogan? "Where predictable is prohibited."
Who: Owner George Aboujaoude is also behind Cafeteria and Bijou.
When: Winter, according to the website.
Follow: Web / Twitter / Facebook / Instagram 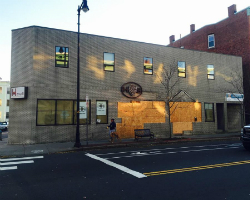 Where: 1248 Cambridge Street, Cambridge (Inman Square)
What: A sibling to the Coolidge Corner location of the same name, which opened in August 2012. The focus is on beer and whiskey, hence the name, plus comfort food. It's located in the former Haveli space.
Who: The Hops N Scotch team, who are also behind Coolidge Corner Wine and Spirits.
When: Imminently. In November, the Facebook page indicated that an opening was just "weeks away."
Follow: Web / Twitter / Facebook / Instagram 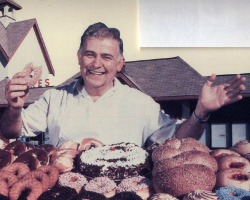 Where: One International Place, Boston (Financial District)
What: A Saugus institution since 1955, Kane's is expanding to Boston proper. While the donuts for the new shop will be rolled, cut, and baked in Saugus, fillings and garnishes will be applied to order in Boston.
Who: The Delios family.
When: Recent Facebook posts mention February. A Chowhound user hears that it'll be the first week of February.
Follow: Web / Twitter / Facebook / Instagram 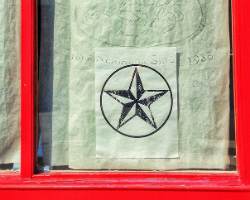 Where: 635 Cambridge Street, Cambridge (East Cambridge)
What: A sibling to Lone Star Taco Bar and Deep Ellum, both in Allston. The new restaurant will offer a menu similar to the Lone Star that you know and love, plus some new and seasonal items. While the drink program will still focus on mezcal and tequila, it'll have more "complexity" than its big sibling.
Who: The Lone Star Taco Bar and Deep Ellum team (co-owners Aaron Sanders and Max Toste).
When: Hopefully before St. Patrick's Day, according to a recent Facebook post.
Follow: Web / Twitter / Facebook / Instagram 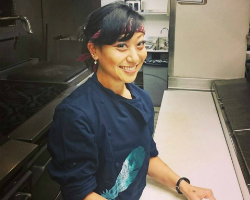 Where: 152 Dorchester Avenue, Boston (South Boston)
What: Replacing Franklin Southie, Moonshine 152 will serve up a street food-inspired menu with a focus on late-night dining. There will also be a Monday industry brunch.
Who: Owner Asia Mei is an alum of Franklin Southie, Sam's at Louis, and more.
When: February
Follow: Twitter / Facebook 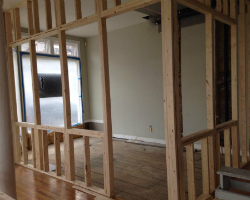 Where: 84 Commonwealth Avenue, West Concord
What: The 15-seat restaurant and brewery is an offshoot of Saltbox Farm in Concord.
Who: Owner Ben Elliott is an alum of No. 9 Park, as is brewmaster/partner Ralph Fiegel. Chef de cuisine Aran Goldstein, a Clink alum, staged around Italy.
When: February
Follow: Web / Twitter / Facebook 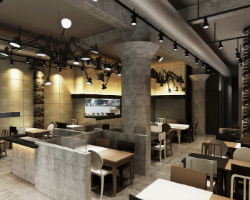 Where: 1 Bow Street, Cambridge (Harvard Square)
What: Taking over a former Dunkin' Donuts space, this will be the first Massachusetts location for the large Japanese ramen chain. Its signature ramen has a shio-style (salt) broth.
Who: The CEO of the chain is named Shinichi Kikuta.
When: January
Follow: Web / Facebook 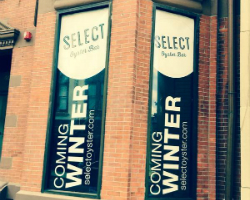 Where: 50 Gloucester Street, Boston (Back Bay)
What: "A unique take on local seafood" for lunch and dinner, plus a "creative" wine list. Don't look for dessert, coffee, brunch, or a late-night menu here.
Who: Michael Serpa, formerly of Neptune Oyster.
When: Winter
Follow: Web / Twitter / Facebook / Instagram 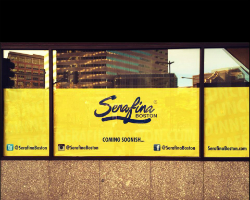 Where: 10 High Street, Boston (Financial District)
What: Located in the former Radius space, this is the first New England location for the New York-based casual Italian chain.
Who: Restaurateur Seth Greenberg (Mistral, Bastille Kitchen, etc.) is one of the names behind it.
When: Winter
Follow: Web / Twitter / Facebook / Instagram 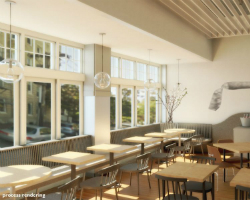 Where: 1 Shepard Street, Cambridge (Porter Square/Harvard Square)
What: Taking over the longtime Chez Henri space, this new restaurant will be "French in spirit."
Who: Rene Becker (Hi-Rise Bread Company) and Susan Regis (UpStairs on the Square).
When: Possibly February, according to a Facebook post from Chez Henri, but Shepard doesn't have its own web presence yet and hasn't announced anything. 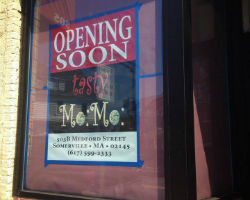 Where: 503B Medford Street, Somerville (Magoun Square)
What: A small storefront focusing on momo (dumplings from Tibet and Nepal), plus other Nepalese foods. Frozen momo will also be available for purchase.
Who: The owner's name is Sophiya Thakali.
When: February, according to a recent Facebook post.
Follow: Facebook / Instagram 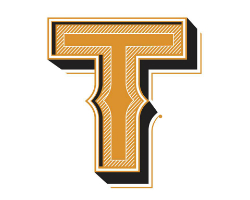 Where: 120 Kingston Street, Boston (Downtown/Greenway)
What: "New England farmhouse dining" with shellfish towers, charcuterie, and more.
Who: Owners Matt and Kate Jennings are Boston natives who have been in Providence for the last decade. They closed their restaurant there, Farmstead, Inc., to come back here and open Townsman. Post 390 alum Brian Young will also be in the kitchen.
When: Early February, according to a rep.
Follow: Web / Twitter / Facebook / Instagram

Plenty more restaurants are headed for openings soon after winter — or haven't announced an opening timeline yet but might be on the horizon. Here are a few to keep an eye on: