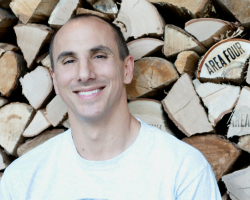 "Durgin-Park was always a favorite for enormous slabs of prime rib, Legal Sea Foods for smoked bluefish pate and bluefish with mustard sauce, and the old Chef Chang's on Beacon Street for old-school Chinese-American food — like General Gau's chicken, hot & sour soup, and potstickers," says Michael Leviton, chef/owner of Lumiere, Area Four, and A4 Pizza. Chef Chang's, a Brookline restaurant specializing in Szechuan cuisine, was open from 1980 to 2010. There's no connection to the newly opened Chef Chang's on Back Bay.

"Although I never got to go," continues Leviton, "Madeleine Kamman's Modern Gourmet was eons ahead of its time, and in a back alley in Newton to boot." There are endless tales of her strong personality. ("Fierce" or "brutal," some say.) Opening the restaurant and a cooking school caused her to become "very controversial," she later said, according to the LA Times. "...which probably meant that I was in a place I was not supposed to be. I had transcended the limits imposed on women by generations of professional chefs and found myself succeeding in a so-called male profession." She closed up shop in 1979 to move back to France. "The East Coast is a cold place with cold unyielding people who didn't appreciate what I came to offer," she said, according to the Times. "It's a place with puritanical attitudes hard to take."

But she left an impact, and she'd be the first to say it. "Where was the first place that served New American cuisine?" she said, according to the New York Times. "That's right, kiddo. The Modern Gourmet...I was using limes and chilies and ginger as early as 1977. I was stir-frying before that. No one was fanatical about American ingredients before Madeleine was fanatical about American ingredients."

Other childhood memories for Leviton? "The original Pizzeria Regina," he says. "They’re still doing it the same way today. And Jasper's and the original Hamersley's location (especially Hamersley's) were restaurants that really started me on the path of appreciating great food and wanting to cook as a career." Jasper's — Jasper White's first restaurant — was open on the waterfront from 1983 to the 1995. Hamersley's closed last year.