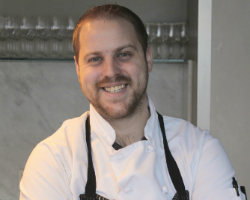 "I grew up in Somerville, and my parents used to take me to Castle Island in South Boston so that I could ride my bike around and explore the area," says Andrew Chochrek, chef at Stir. "I remember that I would always stop at the pier to watch people fishing. They would mostly be catching mackerel and throwing skate wing back into the water. The real treat came at the end of the bike ride, when we would always go into Sullivan's. It was cheap food, but their burgers, hot dogs, and milkshakes were amazing!"

Sullivan's, which dates back to 1951, is typically open daily from late February through late November each year, although in bad weather, it shuts down early "if there are more seagulls than cars in the parking lot." Hot dogs, normally just $1.80, are half-priced on opening weekend and for the whole month of November. (In 1951, they were only 15 cents.) In addition to the typical grill items, there's also fried seafood and ice cream.

The seasonal reopening of Sullivan's is always a cheerful reminder that spring is on the way, even if there's still a little snow on the ground. Here's what a few quiet moments of opening weekend looked like in February 2013: