Will Gilson's Memorable Childhood Meals Were Filled With Fried Seafood

Share All sharing options for: Will Gilson's Memorable Childhood Meals Were Filled With Fried Seafood 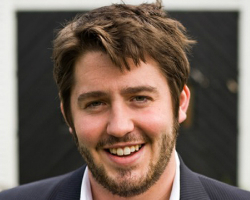 "The most memorable meals that I had growing up involved seafood," says Will Gilson, chef/owner of Puritan & Co. "My dad would take me to two of the best seafood restaurants in the state — one was down the Cape and one was on the North Shore. When we went down the Cape, my dad would take me to Kate’s Seafood in Brewster. On the North Shore, my favorite place to go out and eat as a kid was Woodman’s of Essex. I got the same thing at both places — fried clams. I always got the whole bellies — no clam strips for me."

Both still exist. Kate's is now around 30 years old, located near Paine's Creek Beach and serving up lobster rolls, ice cream, and plenty of fried seafood.

Woodman's, meanwhile, just crossed the century mark last year. When it opened, "the TV hadn't been invented, the average yearly salary was $750, and a gallon of milk cost 32 cents," according to the restaurant's website. Woodman's lays claim to inventing the fried clam in 1916, and its current ownership consists of members of the third and fourth generation of Woodmans. Aside from fried seafood, other seafood dishes, and ice cream, Woodman's does brisk clambake catering business.

Photo of Will Gilson: Provided