Share All sharing options for: Industry Veterans Reveal the Classic Boston Restaurants That Impacted Their Careers

What classic Boston restaurant, open or closed, had the biggest impact on your career (whether or not you worked there)? 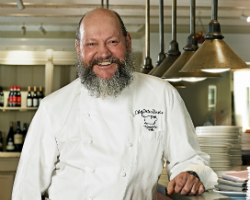 "Jasper’s Restaurant (now closed but was opened by Jasper White)."

"Cafe Budapest. I was on loan from another restaurant called Lechner's Gourmet Restaurant for a few months after the blizzard of '78. It was so well run, and it was the first time I had been exposed to something that was run that well. And it was the first time I saw a boss who could manipulate someone with mind control. The owner was Edith Ban from a Hungarian/Eastern European concentration camp, and she would pull up her sleeve to show her numbers. If you messed up, she wouldn't call you over. She'd just yell at the person right next to you so badly that you would just feel terrible."

"Grill 23. To me, Davio’s is an Italian Grill 23 — we took it to another place. One of my favorite restaurants."

"Seasons — it’s where I got my first restaurant position, working for Lydia Shire and Gordon Hamersley. It was the most interesting and exciting menu in the city with the two most creative chefs. I was very lucky." [Adams worked at Seasons from 1984 to 1987 as a line cook. In addition to Shire and Hamersley, Susan Regis was also there at the same time. Regis and Shire went on to collaborate on Biba and Pignoli, and Regis ultimately ended up at the recently shuttered UpStairs on the Square. Now, she’ll soon open Shepard in the former Chez Henri space in Cambridge.]

"Chez Henri was the first place I worked where I was held to some sort of accountability. There were dudes working there who went to the CIA, had worked at legit places, etc. I got yelled at a lot. But it was fun! The place was busy; there was an industry crowd. It was Esquire Magazine’s Best New Restaurant their second year open. Chez Henri was a big-time restaurant."

"I would say Biba. The creativity that the two of them [Lydia Shire and Susan Regis] had was inspiring."

Kosta: "The quintessential North Shore house of pizza/roast beef place. That is what we grew up eating. We were in kindergarten, going to school with Italian subs and chicken fingers, where the rest of the kids had peanut butter and jelly."
Johnny: "That was the foundation of my future in the restaurant business. I wanted to elevate that to make it better, taking that style of food and doing it with more charisma and more integrity."

"Has to be No. 9 Park. Barbara Lynch is a Boston classic herself, a trendsetter and industry leader. Before I opened South End Buttery in 2005, I worked as a lawyer for 15 years and used to eat at No. 9 Park for lunch as much as I could. When I thought I might want to open a restaurant myself 11 years ago, I asked Barbara if I could observe the kitchen and front-of-house operations to see if the career change was for me, and she said 'Sure, but you’re not just going to stand around and watch; you’re going to work.' I had no food service or hospitality experience prior to that, but she put me to work and taught me kitchen basics. It was wonderful, and I went on to be part of the opening team at The Butcher Shop in the fall of 2004."