Cuisine en Locale at Anthony's Isn't a Restaurant, But You Can Eat There Every Week

Share All sharing options for: Cuisine en Locale at Anthony's Isn't a Restaurant, But You Can Eat There Every Week

"I really, really, really wasn't interested in having a restaurant," Cuisine en Locale owner JJ Gonson told Eater late last year, right after opening up her "locavore" catering and event company's "forever home" in the former Anthony's function hall in Somerville. It's still not a restaurant, but as the months go on, Cuisine en Locale is picking up steam in its new space, hosting events so frequently that it's almost as if you can swing by any time for some food and drink, all made from local ingredients.

Tonight, for example, there'll be $3 tacos for Cinco de Mayo, starting at 7 p.m., plus cocktails. Saturday brunch has been going on for over a month now, and it's proven successful enough that Gonson and her team are adding Sundays as well, starting this weekend. There's always music or some other kind of entertainment to complement the food, and several times a year, there will be huge themed events that incorporate bands, costumes, and more. Cuisine en Locale has already been hosting these in other spaces over the last few years, but now, the company has a place to call its own. (In addition to events, Cuisine en Locale also offers ONCE a Week, a weekly distribution of prepared foods — like a CSA from a farm, but the prep work is already done.) 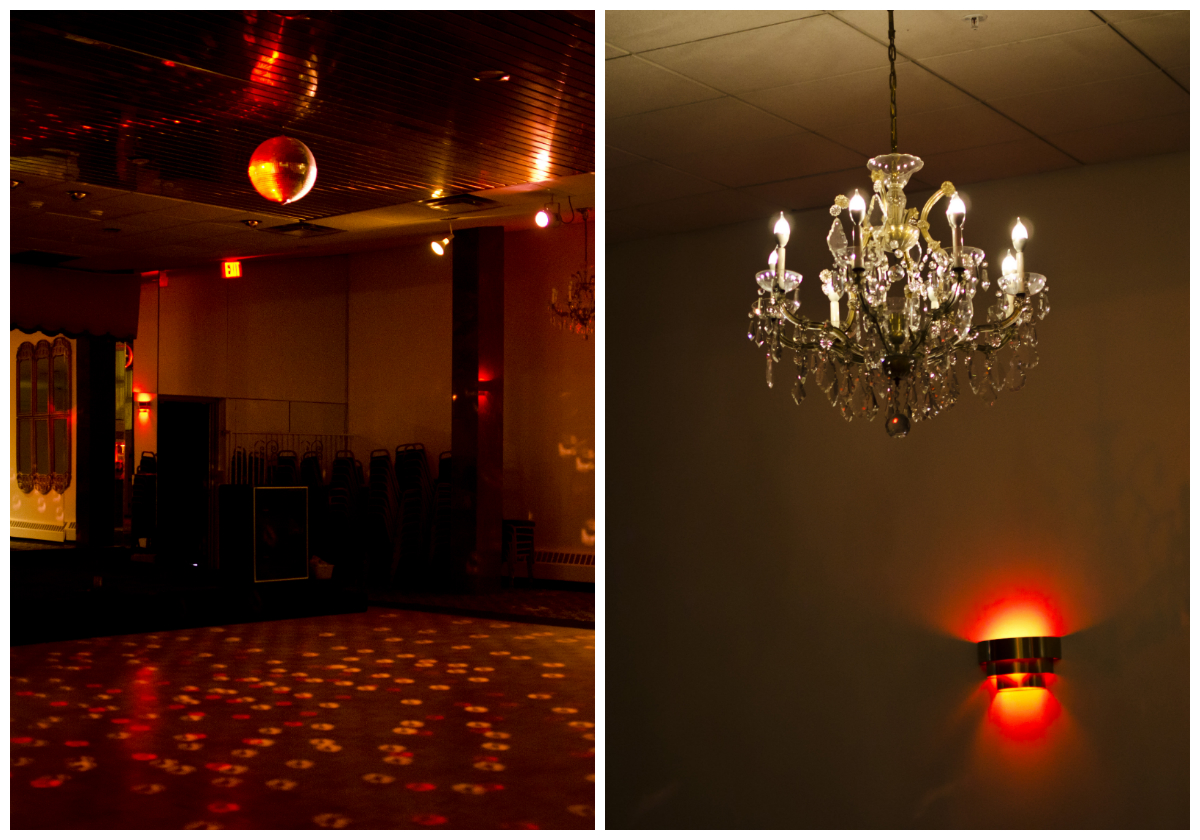 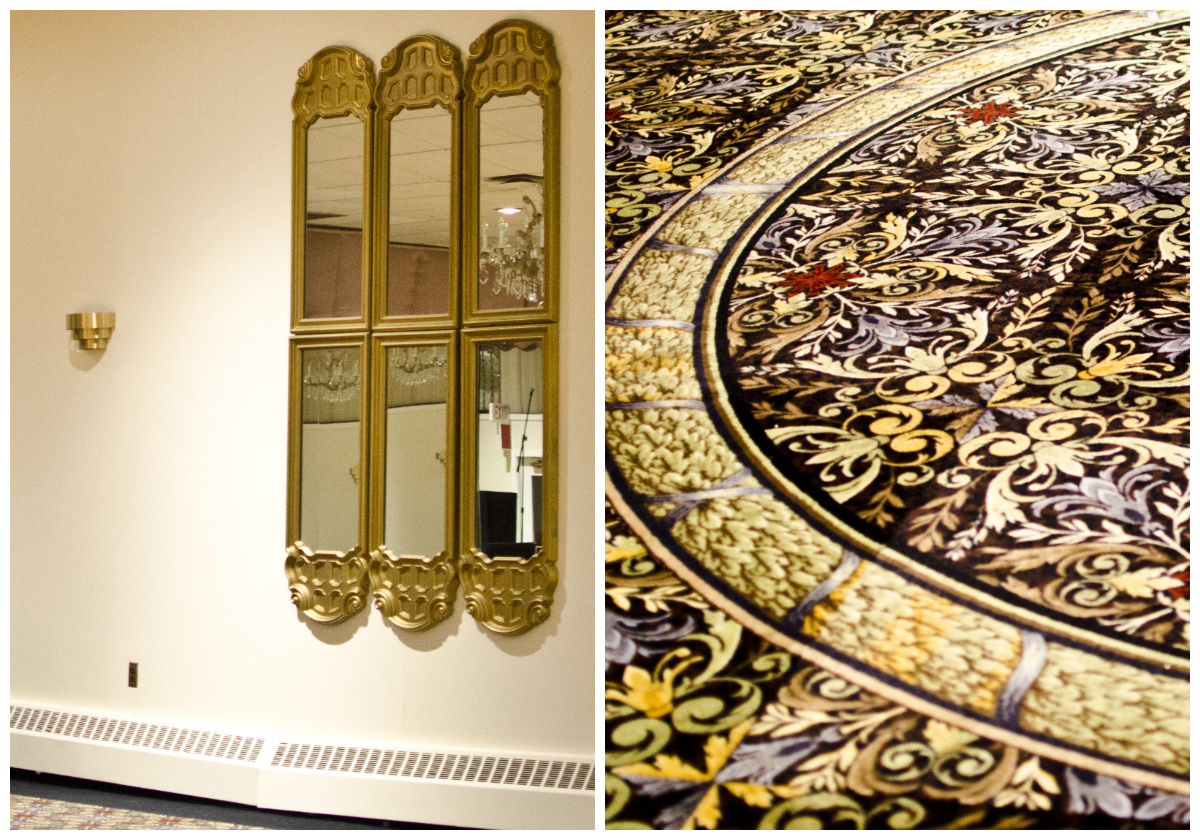 The building first opened in 1917 as a Knights of Columbus hall, and since then, it's always been some sort of event space, including a movie theatre back in the silent film days. It's unclear when it became Anthony's — or who Anthony even was. There was never an owner named Anthony, Gonson said, but there are various theories about it. Some think, for example, that the owners picked the name to try to piggyback on the popularity of Anthony's Pier 4 during its heyday.

Whatever the reason, "Anthony" is an important part of the history of the space, and Gonson intends to honor that. "Cuisine en Locale is Cuisine en Locale and Anthony's is Anthony's, and it's a beautiful home for us," she said, "but it's really a place that has a lot of identity in its own right, and I feel like it would be sort of denying it to take that away, especially because it has been Anthony's at least since the 60s, maybe longer." For now, an Anthony's-branded canopy remains over the main entrance, and Gonson refers to the space as "Cuisine en Locale at Anthony's." 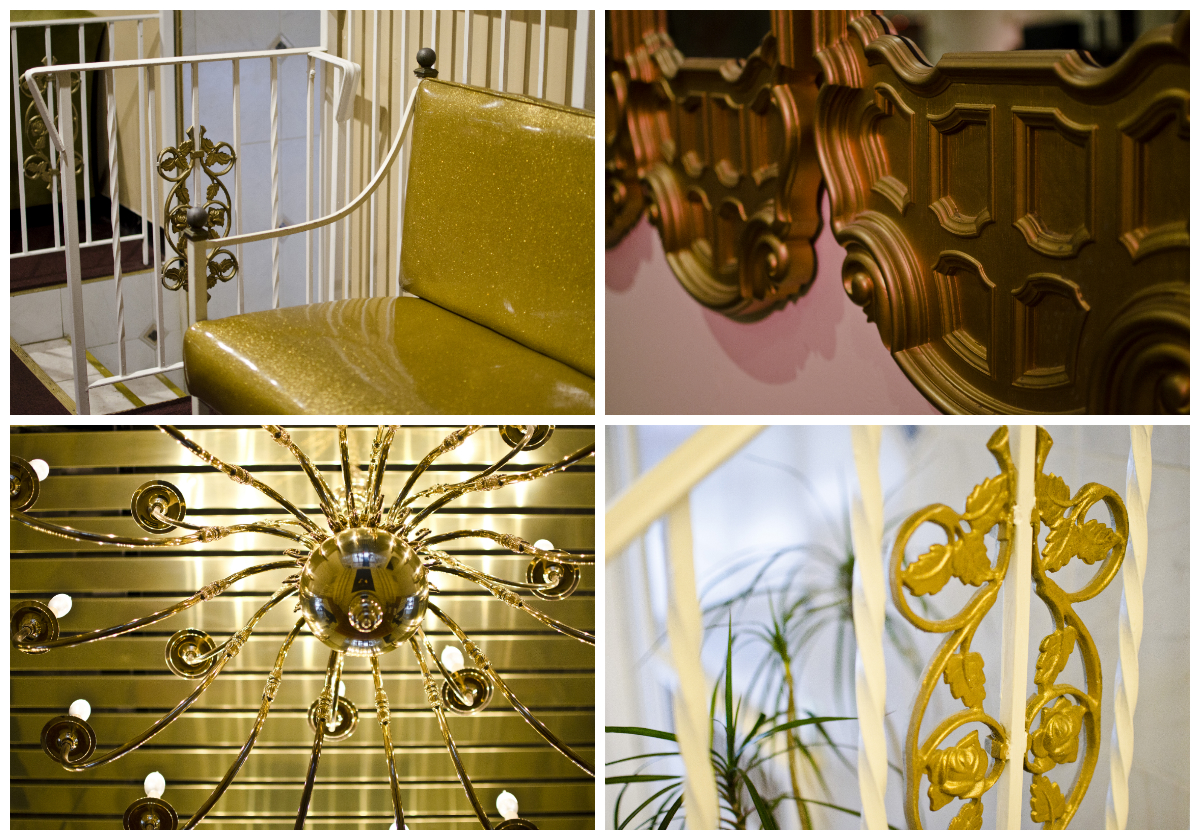 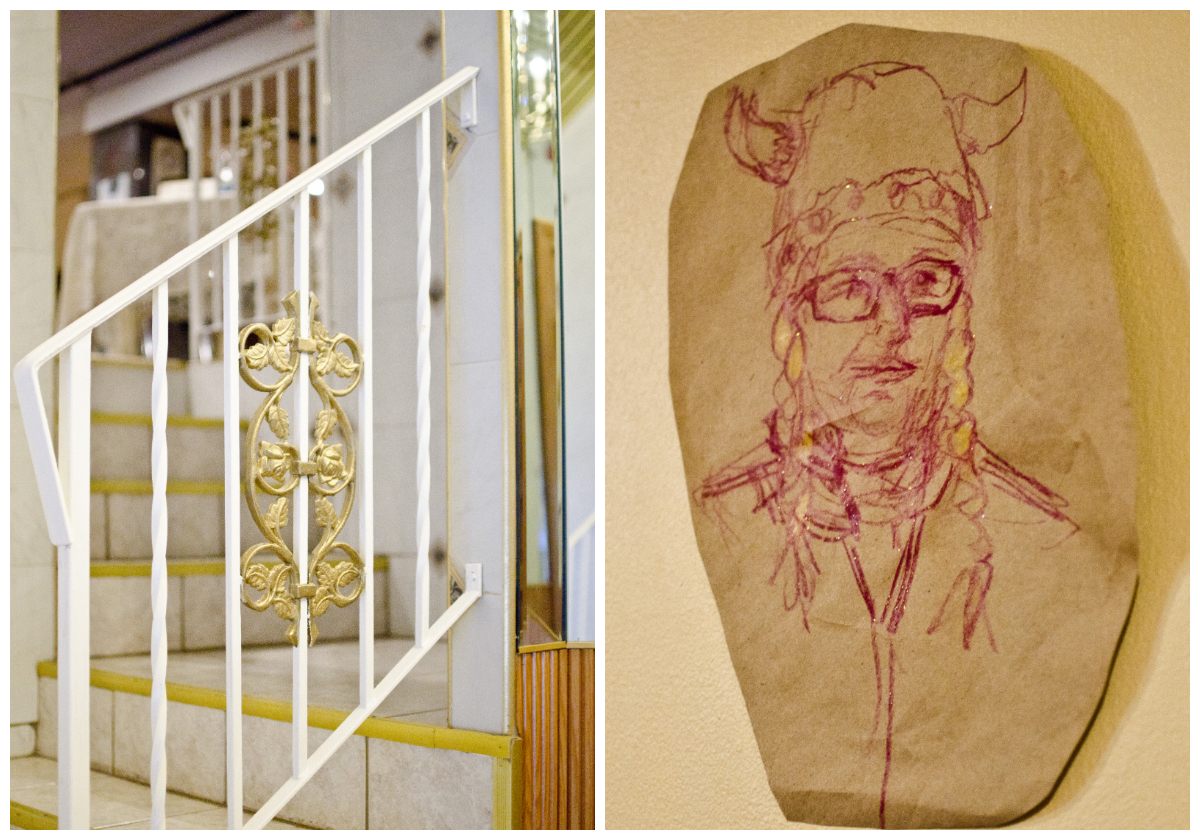 The Cuisine en Locale team has already done a lot of work to bring the space up to code and to clean it up, particularly in the modernized kitchen with a brand new walk-in, but there's a lot still in store. "The upstairs has a whole future ahead of it that has not yet begun. I want to make the upstairs crazy," Gonson said. "Even crazier than it already is." Some of that craziness includes a healthy dose of gold accents both upstairs and down, from the shiny gold ceiling slats in the front lobby and part of the downstairs ballroom to a few glittery golden chairs. The huge downstairs space also has a sizable dance floor, a disco ball, a chandelier, and a bar, while the cozier upstairs space has its own bar and dance floor.

In addition to more events along the lines of the weekly brunches and tonight's taco event, Gonson hopes to eventually host events like cookbook launches, food-themed movie screenings, and small conferences. The space can hold over 400. 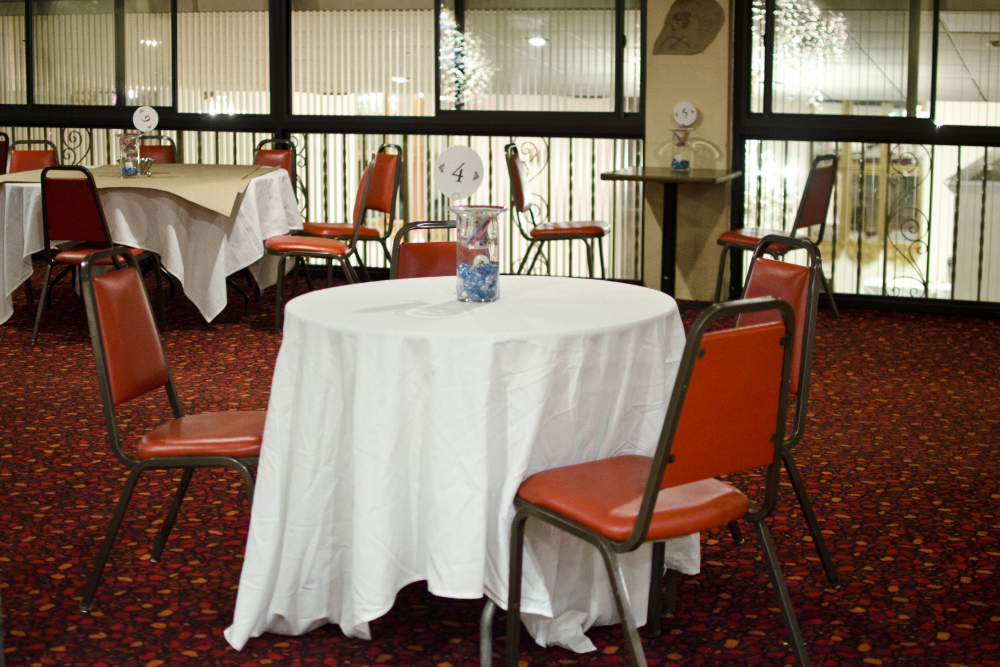 While Cuisine en Locale will never be a traditional restaurant, it's already becoming an increasingly large presence in the Somerville food scene, and interested diners will have more and more opportunities to drink and dine there. By the way, Gonson and her team would love to find a catchy name or acronym for that strip of Highland Avenue that sort of serves as a corridor between Winter Hill and Spring Hill, so give a shout if you've got any ideas. 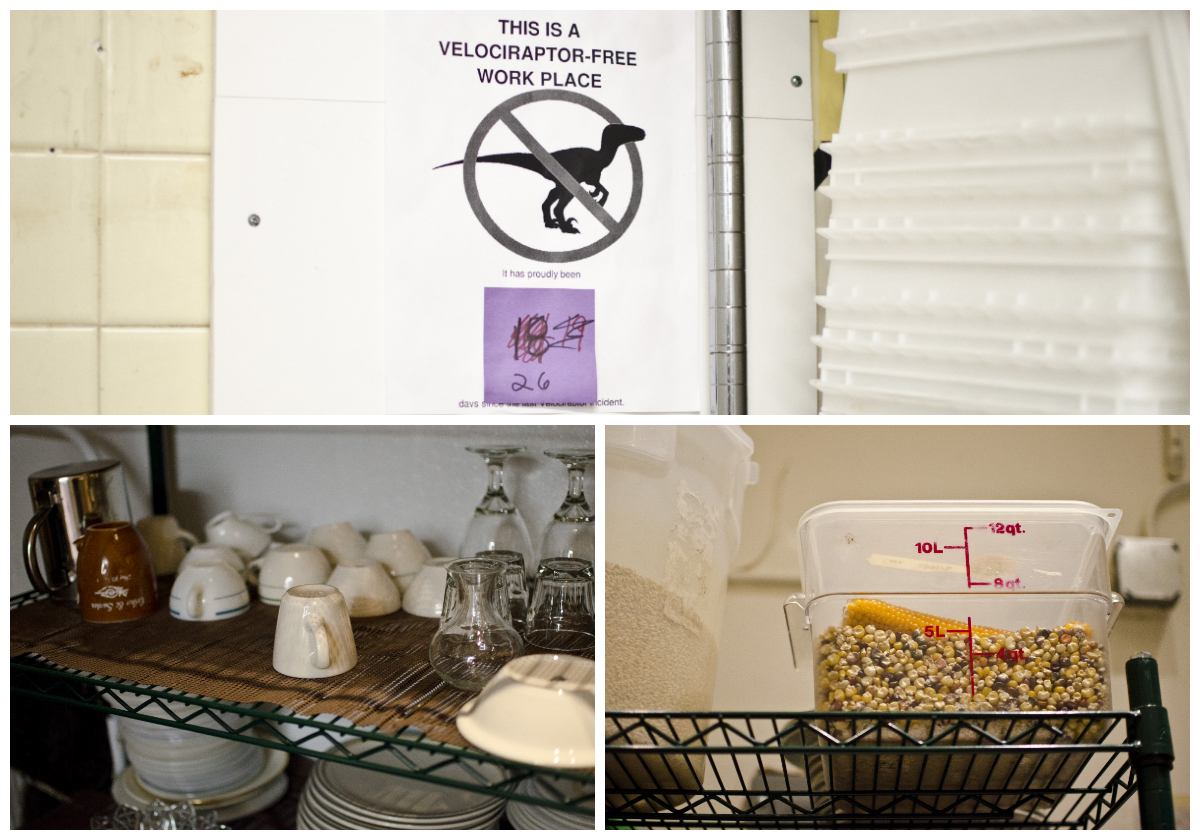 · All coverage of Cuisine en Locale on Eater [~EBOS~]