Share All sharing options for: Uni's Tony Messina on His Current Favorites 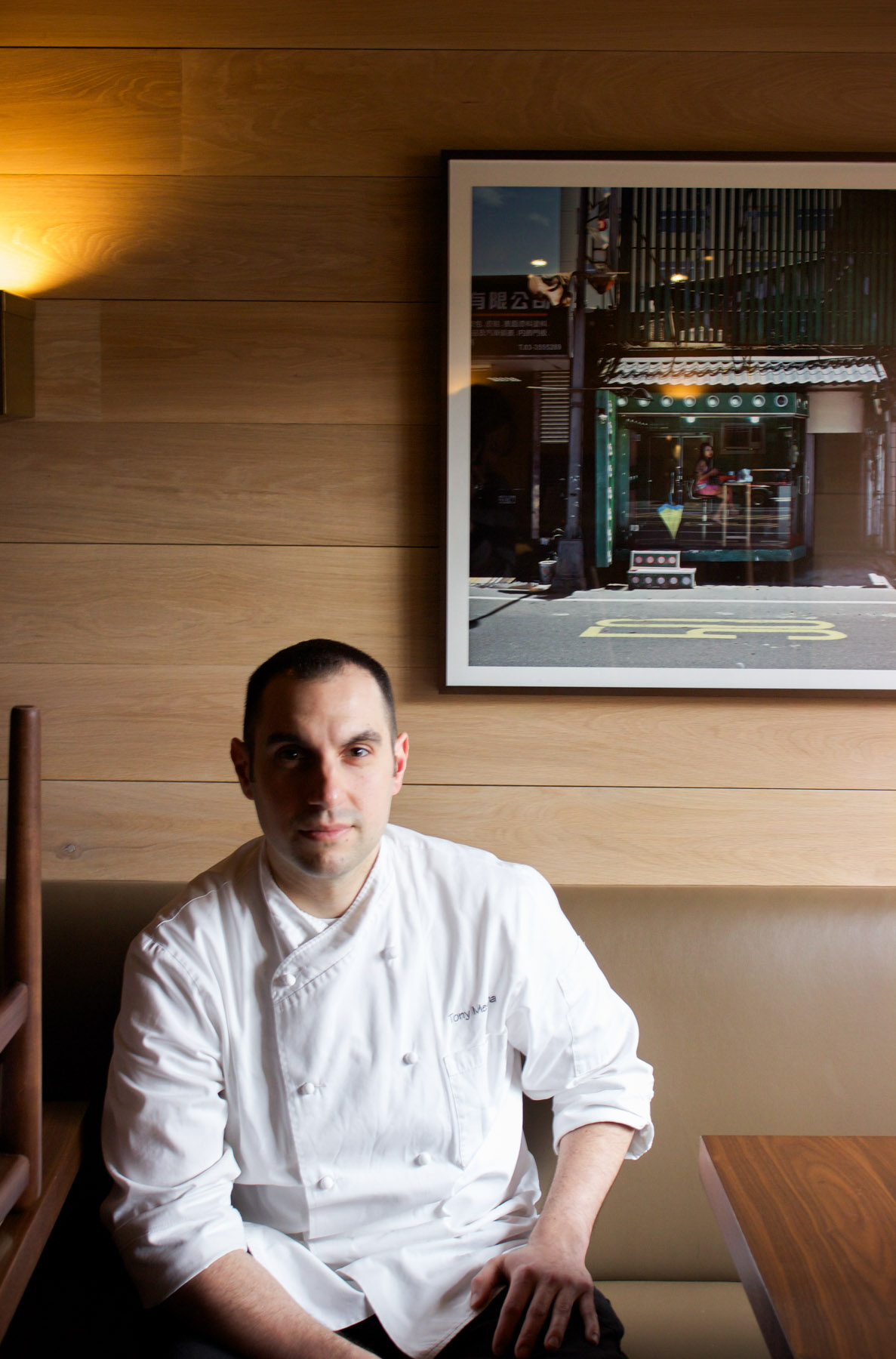 What's your current favorite dish in Boston?
Giulia has these warm semolina cakes; they are probably my favorite thing in the city right now. They are just the best. They're super warm, and when I had it, there was a layer of lardo over it. They were melty and comforting and savory. It was just everything you'd want in a bite; it was awesome. So in my opinion, that's the best dish in Boston right now. It's really tasty.

What's your current favorite ingredient to use?
Right now, it's springtime, so it's fun. Everything is green, and it's hard to choose, but if I had to, I'd pick sorrel. I love anything acidic, so sorrel is great and so is rhubarb. There's a Japanese root called kinome, which is basically the leaf of a Japanese sansho pepper tree. It's closely related to something called prickly ash, which you can sometimes find around here. It has a citrusy quality but also a sort of mouth-numbing quality to it so you can't eat too much of it. But it's super tasty and just brightens things up. Also can't really go a spring season without getting excited about ramps and peas.

Where's your favorite place to go for food inspiration?
You know something? If you asked me that question a year ago, I'd say cookbooks for sure. I have more cookbooks than I can count, and I used to go through them all the time for inspiration. But nowadays I wouldn't say it's so much cookbooks or a location, just more a state of mind. We have very little downtime here; it's a two-man show, and there are very late nights. On the weekends we usually get out around 4 in the morning. So for me, it's just being away from work and being away from the restaurant. I can take a deep breath and relax a bit and let my mind go, and that's kind of where I find inspiration. It allows me to escape and think about food, and that's really where I draw my inspiration from now, which is different than it used to be. Even just an hour or two helps me to relax and think about things.

What is one of your favorite food memories?
That's a really easy one. It's not one specific event or one restaurant; it's being a kid and being with family. I have this huge family, and I don't get to see them as often now, but growing up, we used to be at our grandparents' house for Christmas and Easter and holidays like that. It was just everybody under one roof and at one big, long table, and we'd feast. For me, it's the memory of just being around a big table with more food on it than we can eat and with family that I care very much about but don't get to see often. It's the best memory for me. When I think back to being a child, that's what I think about first. I miss those days. It's been a long time, and it was a lot of fun growing up. Both of my parents are from big families, and it was just lots of fun.

What are your favorite dishes currently on the menu, and what are you most looking forward to doing in the near future?
I have a couple on the menu right now that I really like. The Mediterranean bass from Spain that I'm doing with a lot of Moroccan spices has been on our menu for a little while, but it's still one of my favorites. My family came from southern Italy, so when you think of Morocco, it's just a quick boat ride there. It has a lot of flavors of home to me, so I really love that dish. We're doing black cod as well. It's actually not on the menu, but I've been running it as a special, and it's just everything that's spring on a plate — ramps, fiddleheads, English peas, spring parsnips. There's a lot going on, but it's super tasty. Those are definitely two of my favorites right now, but it always changes. We just have so many ingredients in here on a regular basis that it's so hard just to pick one.

What is your favorite thing to cook at home in your (limited) spare time?
[Laughs.] I never cook at home. I clean my kitchen at home, and that's pretty much all I do with my kitchen. Ordering pizza is good; I live near Santarpio's, so I get pizza from there a lot. But if I did cook for myself, I'd make myself something really simple, something like a roasted chicken with vegetables, grilled steak in the summertime, burgers — something that I don't need to think much about and that I know will be tasty. When I first started getting into cooking, I would cook at home and experiment, making intricate meals and practicing. As I get older, I just want something that I don't really have to think about. That's where I'm at now.
· All coverage of Uni on Eater [~EBOS~]
[Photo: Tony Messina/Katie Chudy]