Jason Bond on His Current Favorites

Share All sharing options for: Jason Bond on His Current Favorites 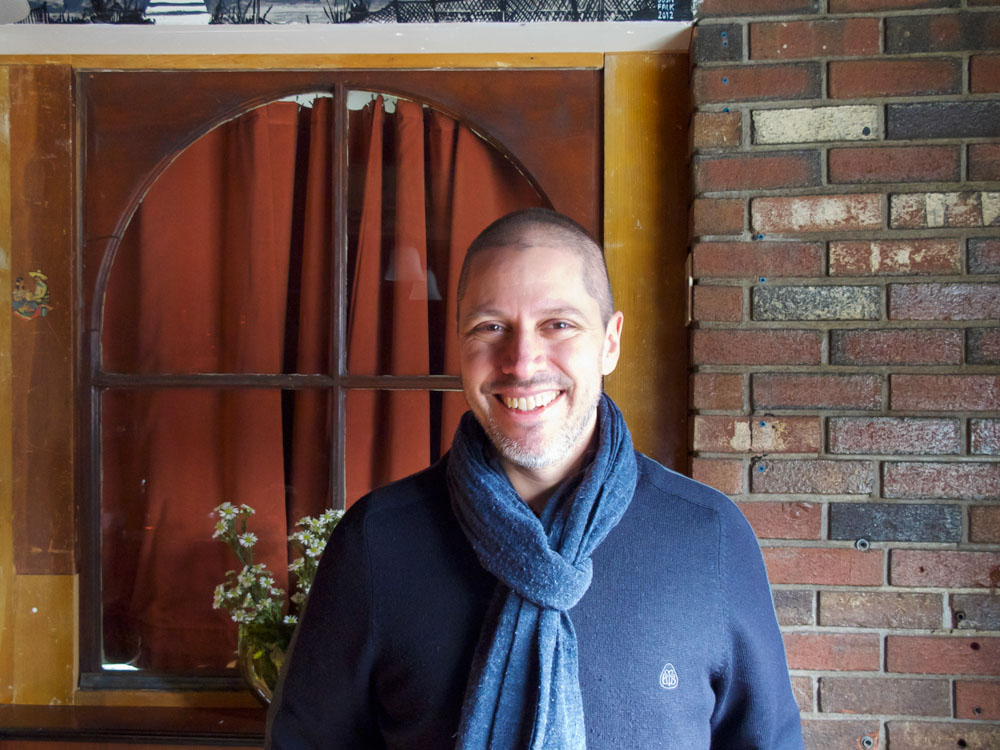 What's your current favorite dish in Boston?
I love the pretzel at Bronwyn. I love how you can barely touch it when it comes to the table. It's just so hot, and the mustard it comes with is just so good. I really look forward to that one.

What's your current favorite ingredient to use?
Gosh, it's such a terrible time of year right now, and I'm sending emails to all of the farmers asking what they have left, and there are just shallots and chicken feet. What we're doing at our restaurants is strongly according to what they have right now. They are just starting to get lamb, and we're starting to see spring greens on the West Coast like nettles and a couple of other little things, so that's really exciting. This year I've felt the most cooped up, and maybe that's because I've been so busy with both restaurants. I thought I worked hard before, but I was wrong.

We did find a couple of cool things this year. We started working with a farmer that grows einkorn, which is considered to be the oldest domesticated grain, going back 10,000 years to where Turkey is right now, and a lot of modern grains came out of that. This woman travels all over the world to collect seeds, and she brings them back to her seed bank to try and preserve them. She also plants them here in Massachusetts, and she specifically finds plants that do well here locally, and she'll plant more of those. The idea there is to eat to save it. We've been making einkorn bread and things like that to play around with these grains.

Where's your favorite place to go for food inspiration?
I've got hundreds and hundreds of books between my house and the restaurants. I just like to browse them from time to time. I've been cooking for a long time and just like anything you've been doing a while, you'll learn stuff and then years later forget it, so I like to go back through all of my books and just read. That will trigger ideas, similarly to when I email the farmers. Sometimes even travel and science books trigger ideas. Right now I'm reading Paco Torreblanca, which is a pastry book with really precise and beautiful stuff.

Lately I've been thinking a lot about where the two restaurants are going. The one in Cambridge has over three years of development already put into it, and I've just been thinking about where to take it from there. There are a lot of really nice restaurants and lots of different cooking styles, and I keep trying to think about ways to diverge a bit from what our friends are doing and what we can do to be distinct. A lot of us have similar goals of what we're trying to do. We're all trying to cook with the best products available and in a more natural and organic way, and we're trying to go beyond that, focusing on the flavor of the product and the identity and how we can just let it be itself, not just in flavor but its look and how to visually put a dish together.

What is one of your favorite food memories?
When I was a kid, my grandparents all lived about 15 minutes apart in Wyoming, where I grew up. We'd always go fishing. Up there you'd find little brook trout, and the crispy tail was always the thing you'd want, so I'd always try to find little trout rather than the big ones so that we'd have more. My grandmother just loved the tails.

What are your favorite dishes currently on the menu, and what are you most looking forward to doing in the near future?
That's a really hard question now because not much has changed ingredient-wise over the last couple of weeks, but they're starting to. I've been playing a lot with a fish mousse; we've been seeing a lot of really nice squid starting to come out of Rhode Island now. When squid is super fresh, it's amazing how much differently it tastes and how it cooks than when it's even two or three days old. We've just been playing around a lot with fresh squid and mousse, which allows us to put a lot of flavors into it, things like chervil and vermouth and other flavors. We've started stuffing the squid tubes, not a groundbreaking method, but we've been cooking it very slowly so that the squid stays tender and the mousse is poached.

In Cambridge, we've been looking at how to use our fireplace more, and we've started roasting vegetables with it. You get that intense heat, and we play around with those ideas. As soon as service is over, we've got this really hot fire with intense heat and it chars things quickly, but over the course of the night, the temperature goes down and it cooks things more gently, so you almost get this custardy center with a nice char on the outside. It's just a nice combination.

What is your favorite thing to cook at home in your (limited) spare time?
It's been awhile, but when I do cook at home, it's in a pretty similar style to the restaurant. Because at the restaurant I'm trying to imitate home-cooking ideas, and they all stem from food memories of my grandmother telling me to pick asparagus. I'd go do them, and then we'd have them for dinner that night. Simple, but still that idea that the freshest ones get picked and then are cooked just right for family. I try to chase that idea for the restaurant, and the way I cook at home is very similar. There are less distinct elements, and I'm not plating things up at home that way we do here, but it's still that same idea. But at home I can play around more with ideas that I have and not worry about what to charge someone for it.
— Katie Chudy
· All coverage of Jason Bond on Eater [~EBOS~]
· All Chef Faves interviews on Eater [~EBOS~]