Upcoming South End speakeasy Wink & Nod is shooting for a March 1st opening. General manager Curtis McMillan, who is also vice president of the United States Bartenders' Guild's Boston Chapter, chatted with Eater about how things have been going thus far and what customers can expect once the doors open, from a massive knowledge of vintage cocktails to cozy furniture upholstered with special leather. The project replaces Noche, which closed back in September 2012, but the ownership is the same — Boston Nightlife Ventures, which also owns Forum, Griddler's Burgers & Dogs, and The Tap.

You're pretty close to opening. What can you say about Wink & Nod?
Yes, it's the rush towards the gold medal now. The opportunity to open up sooner was something that we were really looking forward to, but we got held back because of furniture. The special leather that we chose somehow went missing, and we ended up having to have them order more of it, which took a little longer. Now we're waiting for that, but we've really been lucky with permits and all of that other stuff. Our bar staff is already 100% in place. It's nice; we already have people that have been playing at a certain level, and then it's our job to try and bring them to the next level.

Where did the concept come from?
Euz [Azevedo, Boston Nightlife Ventures president] is really a socialite. He goes everywhere and just finds places and concepts that he wants to bring to Boston. He's been spending a lot of time in New York going to all of these little speakeasy places, and he wanted to bring that back. He just needed a team to make that work here. To run a cocktail bar at the level we're talking about, it costs a lot of money and it takes personnel that is far superiorly trained than your average bar staff. You have to run consistent trainings, and everything has to be perfect, from the way the flowers are arranged to the glasses that are used. We've come up with a program that we feel will really showcase a top-tier bar — not just for the city, but nationally. 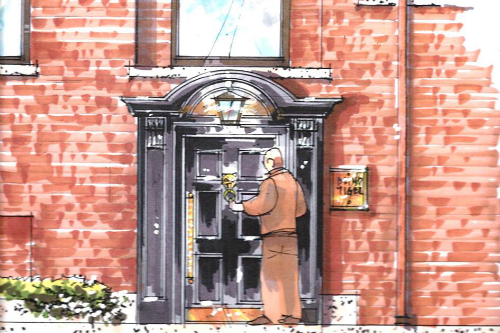 [Image: Early rendering of the exterior/Facebook]

What can you tell us about the cocktail menu and training program that you've established?
The menu itself is going to be much different than traditional menus. I have the luxury of having such high-caliber guys working for me that by my saying that it's my menu would not be fair to them; it's just such a collaborative effort. We're going to roll everything out during a three-week training where they're going to be bombarded with information and knowledge. It's going to be more or less like a mini course with bookwork and testing, really in-depth. We're going to create the menu so that we have one drink for each individual bar manager, and there are things that I am going to do as a manager to incentivize them to always try to make something special to add to the menu.

When you look at the Japanese way of blending whisky, they always rely on a group consensus, and when you pour Japanese whisky, especially the blended kind, most people will comment that it's very smooth and consistent. That's because you have a group of people making that decision instead of relying on just one person to make those decisions, and our bar will follow that same ethos. I think if we give them enough information and the space to be creative, then we'll come at it as a whole and be stronger as a group.

The training seminar that we're rolling out is not normal. It's going to be very intensive, not your run-of-the-mill process. The initial training was going to be for 12 weeks, and then I wanted six but they gave me three, which is really going to push the intensity of it. There are concepts in our training that are just really different. We're taking concepts from Danny Meyer [of the NYC-based Union Square Hospitality Group] and Disney. Everyone who has been hired into this program is currently reading this 100-year-old book quoting vintage cocktails; we're talking 1,700 cocktails. We've told them that we're just going to start testing them from that book. In all of my research, this book is really the beginning of vintage cocktails, and the goal that we have is to not be stumped. If someone comes in and orders something, we're going to know all about that drink. We're going for authenticity — and then being able to bend the rules a bit too. 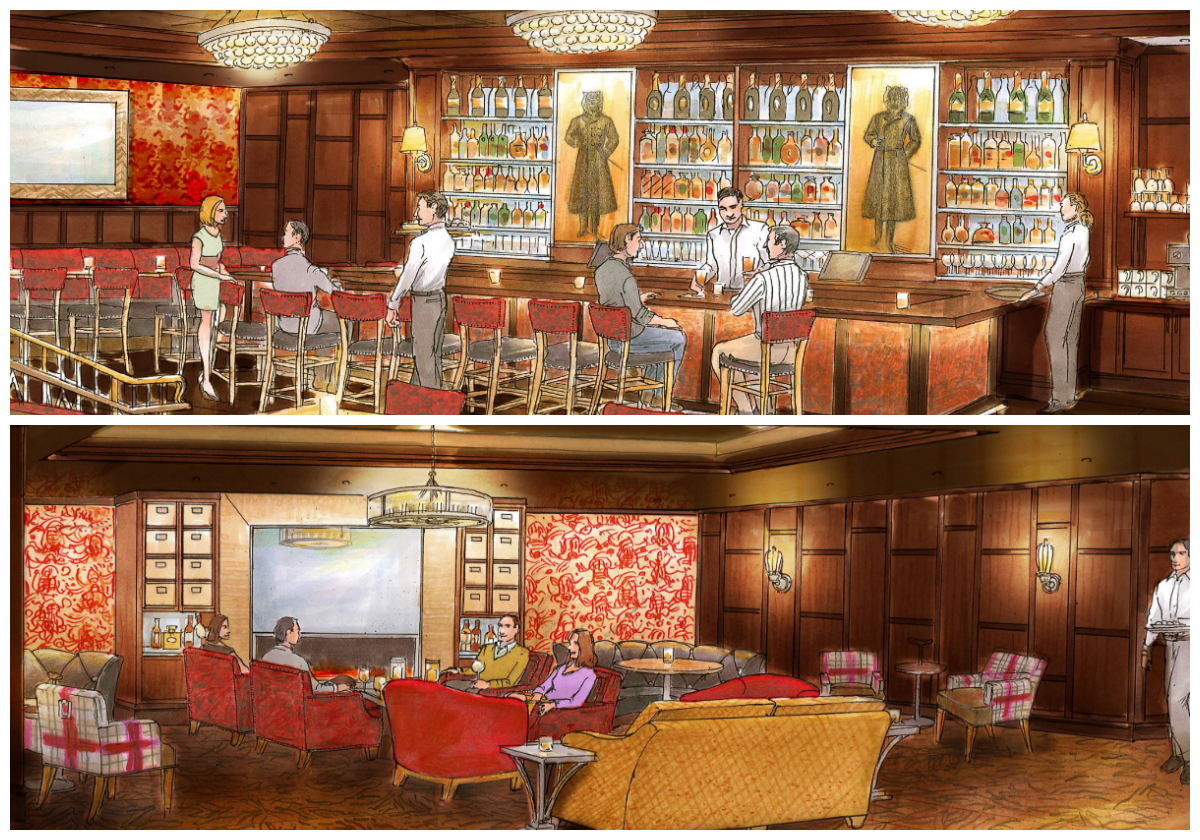 [Image: Early renderings of the interior/Facebook]

Beverages are obviously the focus of Wink & Nod, but can you give any hints on the food program?
That's the part that we really can't get in-depth with. We are talking to some people who we unfortunately can't mention yet, but let's just say that if it goes the way I want it to, it's going to be destructive in the South End. That's all I can really say at this point.

Who is the ideal type of person that you think will feel at home at Wink & Nod?
It's a mesh of people who will be at home here. It's going to be the best of the South End. For the LGBT community that loved Noche and were heavy supporters of us, we're going to be a wonderful and warm home for them. And for the hipster kids that like Narragansett and craft cocktails, we'll be a good home for them too. For the girls' night out, they'll find a place here too.

You know, speakeasies were built on this secrecy and this aura that you could come together from all aspects of life. You could be a billionaire, or you could just have your last five bucks with you, and when you walk into this environment, everybody should feel warm and welcome and just like they've stepped into their mom's house. If they don't feel that way, then I haven't done my job. The opportunity for it to be classified to one certain group just doesn't work for me. It should be for everyone — a place where people of all walks of life can gather, talk, socialize, fall in love, fall out of love.