Something Really Good Happens to Nookie

Share All sharing options for: Something Really Good Happens to Nookie 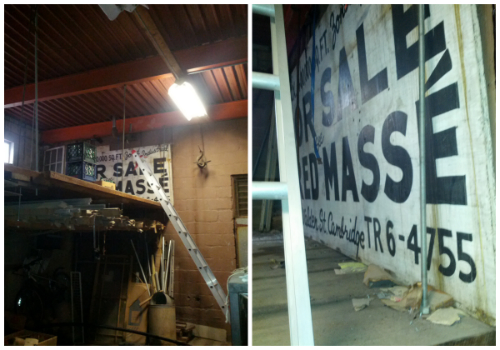 I'm about to tell you an amazing story. Will blow you away. I preface this with: This is 100% real. No bullshit; no exaggeration. I would also like to state that I am not a writer, but I know how to talk, so I'm just going to write it like I would tell the story. Here goes.

So, you know Masse Hardware in Cambridge? Been there like 125 years. Shit is old, like Joan Rivers-old. Anyway, this weekend they put up a "going out of business" sign and that they were having a huge sale starting Tuesday. Holy shit, I know. I got there at 8am and bought some really old scales, a few nail kegs, and a couple of 125-year-old tables. But the owner, after finding out what I was doing, took me in the back to see some really old stuff. He was showing me a scale, when at the corner of my eye I saw an old Masse sign. I said, "Is that for sale?" And he said, "That's the original sign." I'm like, you are shitting me. "Would you sell it?" He said "Yeah, I guess so." Now I'm at full woody. I ask how much and he says, "50 bucks." I say, "I'll give 75; it's worth more than 50 bucks." He agreed and said, "Something really good will happen to you today." 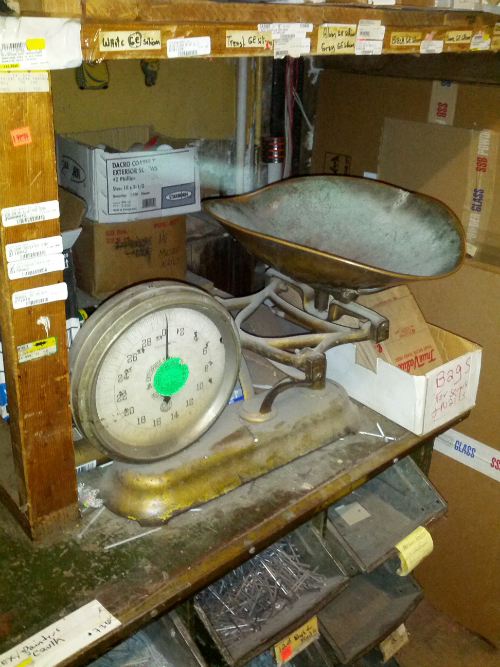 Fast forward one hour. I'm sitting in the Staubinator's office telling him about this awesome sign and how it's going to become the coat closet doors and blah blah blah when my phone rings. Guy says, "I'm looking for Steve "Nookie" Postal." I'm like, "Yeah, that's me." He's like, "I heard you are trying to raise money to buy plates and glasses and stuff." And I'm like "Yes, who are you with?" He said, "I'm not with anyone!!! I'm just myself!!"

"Ummmm, okay?how did you get my number?"

"I just called the Boston Herald and they gave it me."

So now I'm, like, all pissed that they are giving out my phone number, but I'll talk to this guy and deal with those gibronis later. So he's like, "So what's the deal?" I start saying that I have started a Kickstarter to raise money, and you can find it at our website...

"Ummm, okay?that would be great. I can create a deal for you where you can have a party for..."

"Ummmm, sure, that would be great?" And I gave him my address, and that was it. The call wasn't longer than three minutes. I didn't even get his name. I wandered back into the Staubinator's office and told him what happened. He laughed and said, "I wouldn't hold your breath." The next day, a $5000 check was in my mailbox. With it, a note that said, "good luck." 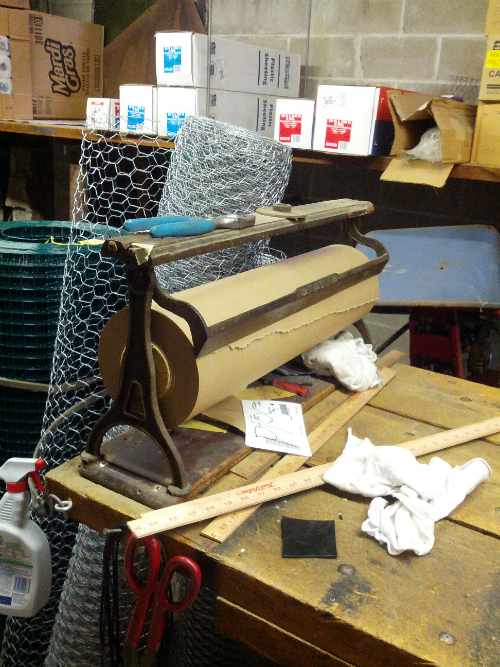 This whole process of opening a restaurant has had so many ups and downs. I have met lots of people and learned about who they are. A few notables — the Staubinator, RO (my architect), and KC (my kitchen designer) — have all become good friends. People I can trust and that are good people. I have encountered some that aren't quite as high on the list.

But I have never encountered anything quite like this. For a complete and total stranger to give me $5000 without wanting anything in return, it's, it's...it's really touching to me and means a real lot. And all the people that have been donating to the Kickstarter. It touches me in a way that I think people rarely get to see. Old friends from high school and college, old colleagues, family members, friends and friends of friends. And it's more than money to me. I mean, the money is important as that's what's driving it, but it's just that people care, and it feels really good. So thanks to everyone out there who has helped, and thank you out there to that random guy for an unbelievable gift — not that he will ever read this, 'cause he don't do computers. He writes letters and talks on the phone?