Share All sharing options for: Nookie Ponders Salt and Pepper and Bathroom Paint 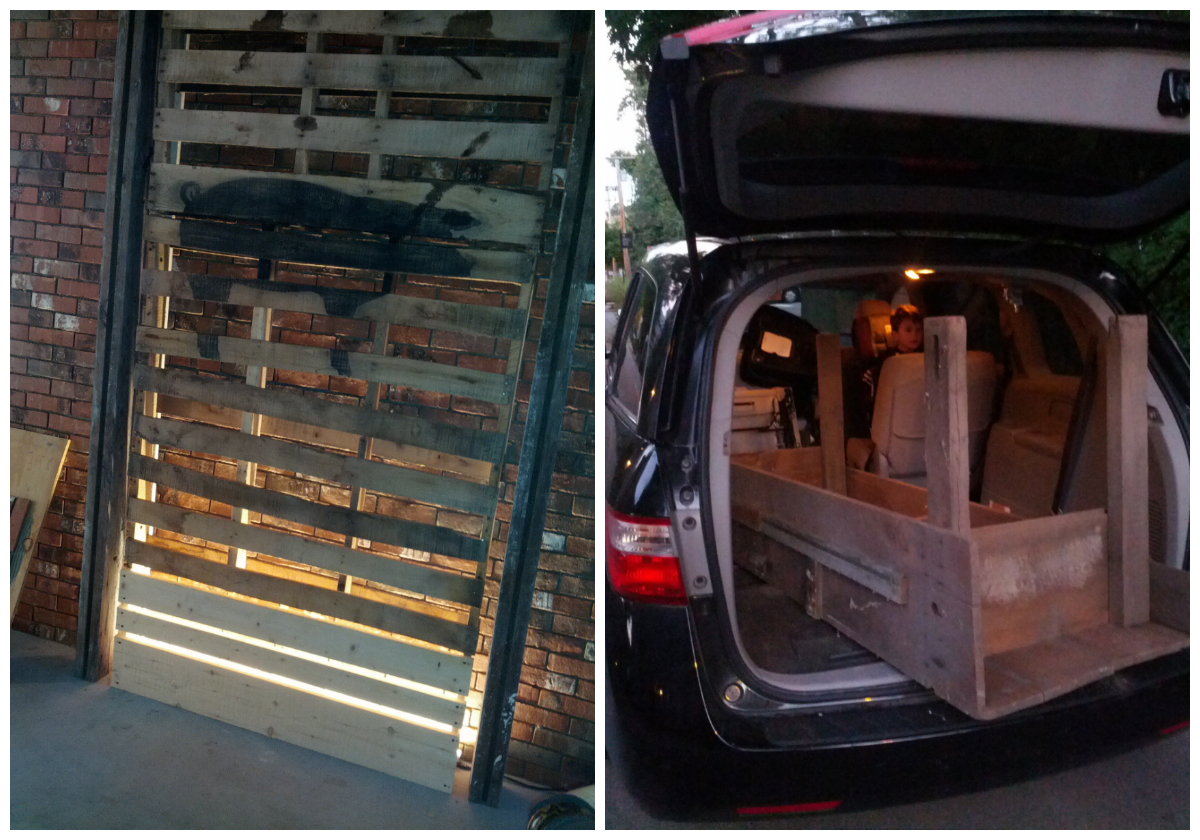 It's Wednesday. "What's going on? Why am I reading this? I look forward to this every Friday." Early blog post this week. I'm going to Jamaica tomorrow, so I'm writing it now. I know, I know. "Aren't you kinda opening a restaurant?" Yes, I know. Fair question. This has been booked for a while, and I've got Tommy "The Gun" Mastricola steering the ship, so all is good...although he did find out that I am a Miami Dolphins fan this week. Could have been a dealbreaker. Glad I kept it hidden. Too late now.

Anyway, lots of goings on. Brick is going up and looks outstanding. We saw a new mock-up of the beams and pallets for walls, and they look great. Not sure about the pig artwork; might just keep it clean. There is a lot of debate on whether or not to do a slight white wash on the brick to soften it a bit. We are going to do a sample to see how it looks. I'll probably throw the architects and designers a bone on that one. Paint colors for the bathroom have been a bit of a nightmare. I just struggle deciding if Antique Blue or Crystal Blue really represents who I am as a person. I told Sally and Jessica, the designers, to just take care of it and surprise me. It's not that I don't care; it's just, well, I don't really care. It's where people are going to take dumps. Whatever color it is, it is. On to the next item. 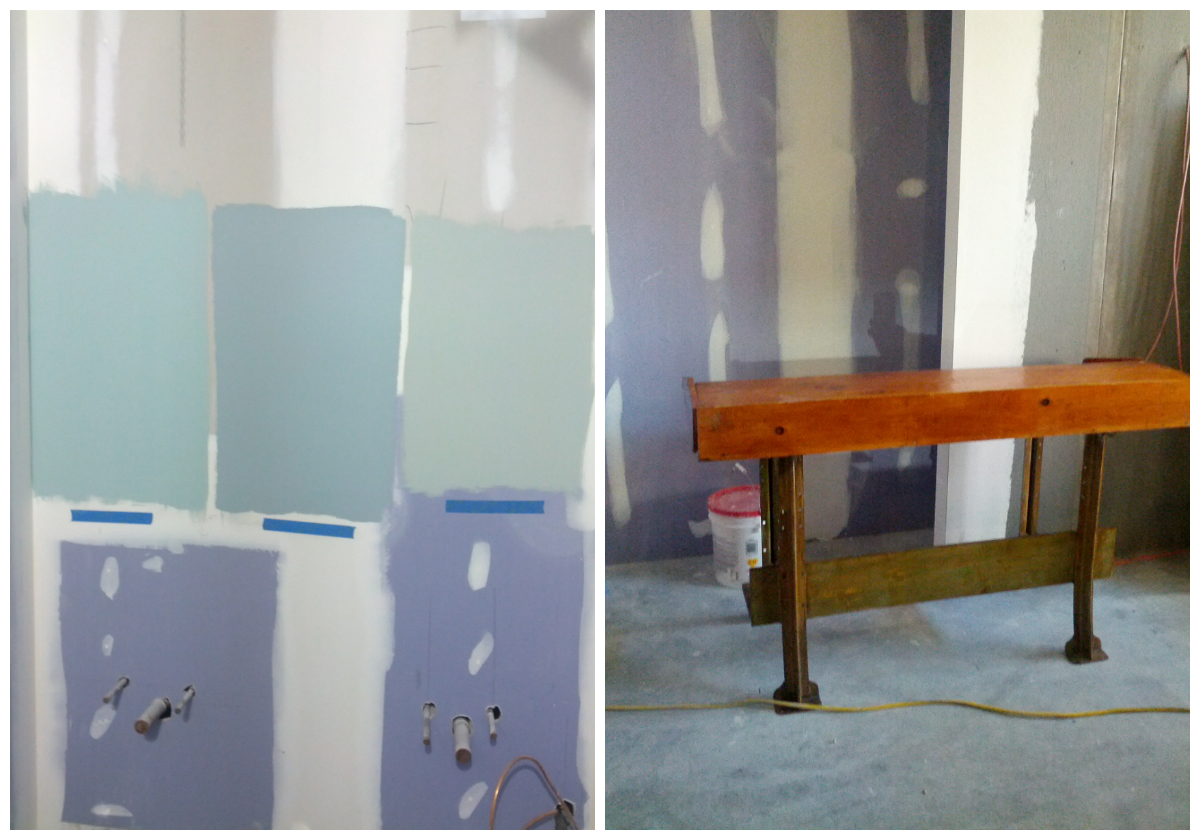 Starting to empty the storage unit with all the goodies from Brimfield. The host stand is here, and it's pretty cool. Not sure if it's the most functional of pieces, but it looks cool. There aren't any drawers to put crap like glasses and flashlights and lint rollers and all the other stuff that collects in host stands. People would be amazed at what's in those drawers. Nail clippers, cell phone chargers, tampons?you name it, it's in there. I saw one of those old condom dispensers for the bathroom wall but passed on it. Didn't even bring it up at our weekly meeting for fear of total ridicule again.

Sally sent me a text last night that she saw a cool table that someone put out for garbage night. I jumped in my minivan, AKA my swaggerwagon, and went over and grabbed it. Note to self: when trying to get an eight-foot work bench in your car, a six year old and a three year old are probably not the best helpers to have. Sally came back and helped me load it up, and now it's home in Commonwealth. 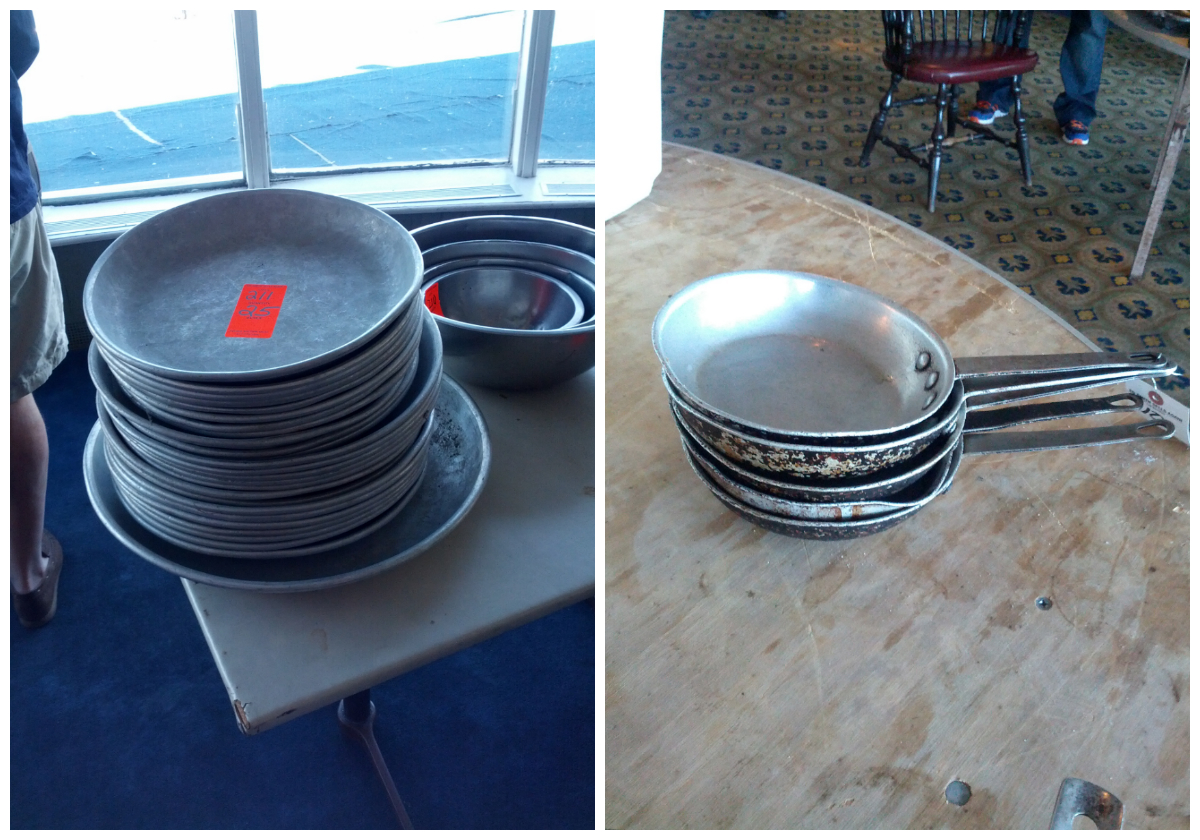 And then on Tuesday, Tom, Nicky (my sous chef), and I went to the legendary [and recently shuttered] Anthony's Pier 4 for an auction. At this point, this post can go one of two ways. I can talk about my encounter with one of the family members and what kind of a jerk he is, or I can talk about the cool stuff I got?hmmmmm. I guess I'll take the high road, but I don't really want to. I'll just say this. You should treat people the way you would like to be treated. Asshole.

Anyway, it was a great auction led by Ed Smith, Sr. I promised not to call him "the grim reaper of restaurants" again, so I won't, although I kinda just did. Oh well, I really like Senior though. They have been great to me so far, and I'm glad I went with them. I got heckled by Senior a few times and chastised for making too low of an offer on some things, but we scored some nice pieces. Got some pots and pans. Spoons and ladles. High chairs. Little glass creamers. 6th pans, 3rd pans, and hotel pans. But the pièce de résistance: 54 Anthony Pier 4 tiki-like mugs, 75 cents each. They are pretty cool, and regardless of my good friend that owns it, I have a real piece of Boston restaurant history. It will be great to serve drinks in them knowing how long they have been around. 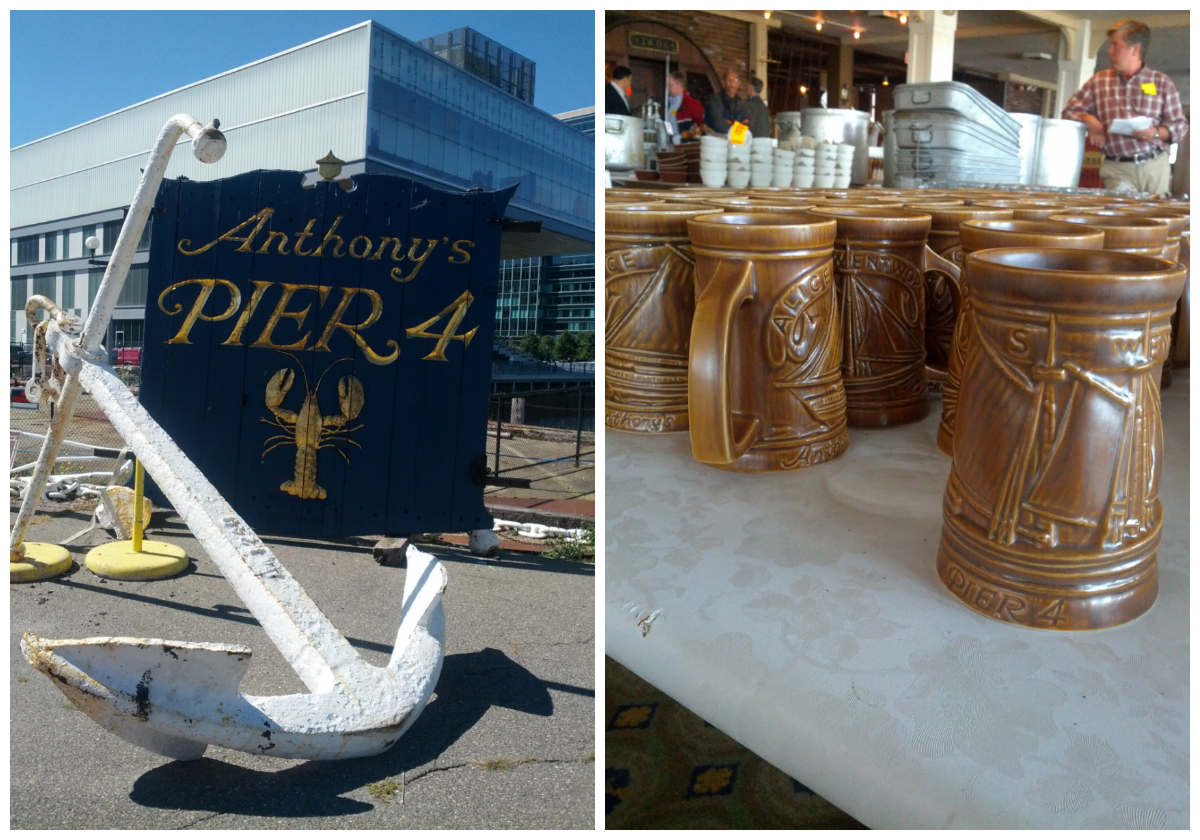 Alright, that's it. Got to pack and do a bunch of shit before I go. I hope they have cell service out there. I know they've got Red Stripe, so that's good, but I need to stay connected. Here is a question that has been bugging me forever. Salt and pepper on the table, yes or no? Obviously, it's my hope that the food will be seasoned well and won't need any additional seasoning, but I know some people just like having it. And we are a family-style restaurant that is cutting out the formality. Should we just put it on the table or have it readily available if someone asks? I'm truly torn and could use a little help.