Nookie Is Now Not Not Freaking Out

Share All sharing options for: Nookie Is Now Not Not Freaking Out 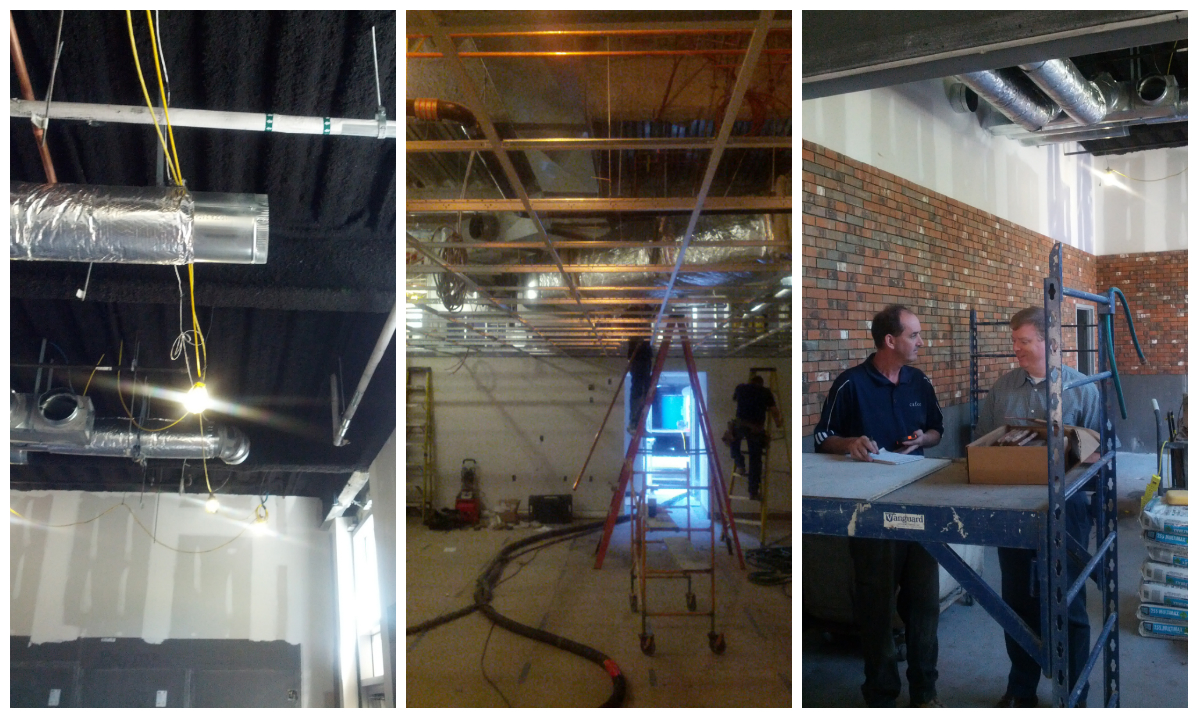 Freaking out?I don't know if I'm quite freaking out yet, but I'm definitely not not freaking out. I know that was a double negative, but it was for effect. Anyway, there is a lot to do. I don't really eat lunch anymore. It's funny, 'cause when you are a chef, you don't really sit down for lunch or dinner. Since I have left Fenway, my life has been consumed with this restaurant, but most of the people that I'm surrounded with aren't chefs.

So what do normal people do? They actually go and sit down for lunch. I know, crazy, right? But I kinda liked it, being normal for once. Having weekends off and time to do normal shit. But that's gone. Maybe not quite gone yet, but it's going away pretty damn soon. It's okay though. We, and I say "we" referring to my family, will adjust. Things will be okay. They will be different, but that's okay.

Lots happening in the restaurant now. It's moving fast. I can't even write about it all anymore — it's too much — so I'll give you the Cliff Notes from now on. I came in on Monday, and the whole place was all swept up, and the entire dining room and private dining room were bagged up. Like, this clear plastic all over the whole thing, floor to ceiling. I felt like how Dexter's victims feel before he cuts their face and puts their blood onto a slide. I thought, Am I bad person? Is Dexter here to get me? Nope, I was wrong. Well, at least about Dexter. 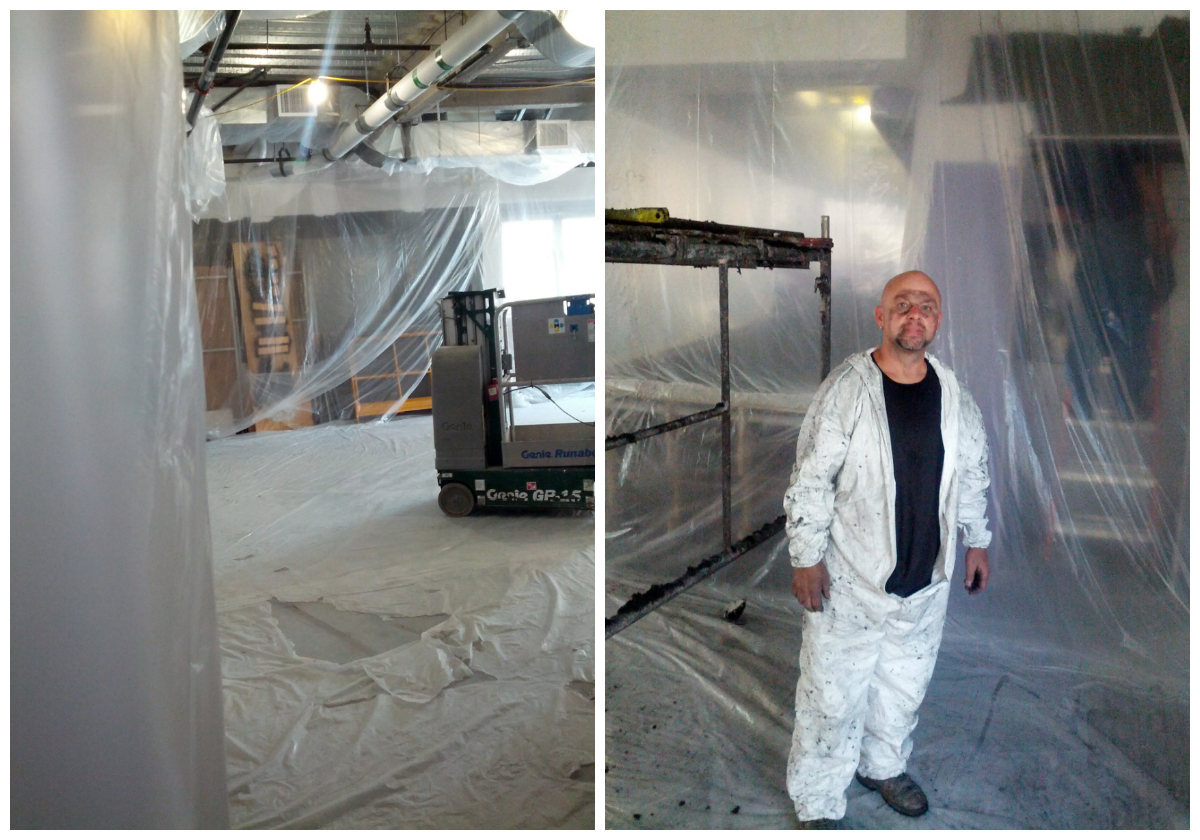 Anyway, they were spraying the ceilings with K-13. What's K-13, you ask? Well, let me explain something first. There are tons of restaurants out there that are all about sustainability, organic, local, seasonal?you know the list. We are gonna be on that list. We aren't gonna buy crappy tomatoes in the winter, and we aren't going to serve Brussels sprouts in the summer. Blah blah blah.

Anyway, when you are actually building a restaurant, it's almost impossible to do that. That leads me to the K-13. Not sure what this stuff is made of or why it's got such a scary name, but the shit is damn cool. And damn expensive. It's like sound-absorption paint; it deadens the sounds. The guys installing it were in some Breaking Bad-like meth suits. Two awesome TV references in one post. Anyway, if you ever go to a restaurant, and it's really loud, look up at the ceiling. If you see nothing, that's why. K-13. It's like Harry Potter magic shit. Makes the sound go away. That's not to say loud restaurants are a bad thing; actually, I prefer to go to them, but that's not the feel we are going for at Commonwealth. Anyway, that is done.

We saw a mock-up of what the wall is going to look like. It's just a wall and ceiling, but of all the architectural elements in the entire 6500 square feet, it's what we have spent the most time on. It's extremely complicated and intricate, yet at the same time, it's really, really simple — just these awesome wood columns from an old barn in New Hampshire and old recycled pallets. That's it. Could be really, really cool. Could also look really, really bad. I don't think there is an in-between. It's gonna be awesome or it's gonna be terrible, and I'm banking on awesome. 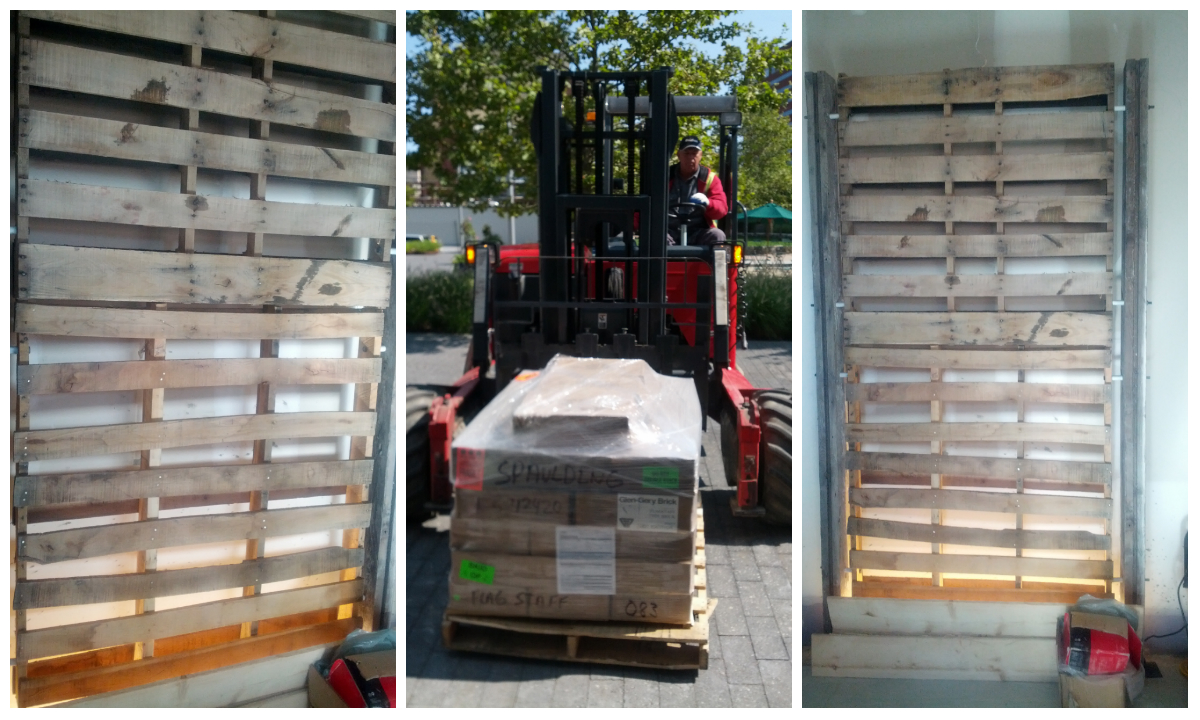 So we saw the mock-up, and while it's not perfect, I think it's going to be. And it's gonna be damn cool. The chairs?well, the chairs I'm not so sure about, but I'm hopeful. I already bought them, so, Devra, if you hate them, I'm sorry.

The brick started going up today — recycled brick from an old warehouse in Ohio. Looks really good. It got me really psyched today. Still battling with the bank. They don't want to give me the loan, but when they see how great the brick came out, they might just crumple at the knees and give in. I have faith. We are only about $80k short now, and that all depends on how the Kickstarter finishes up.

We passed our goal last week and are currently at $58,339. That is amazing. But it's not too late if you haven't given yet and were thinking that you wanted to. Think about it: you can give a donation to one of the thousand Boston mayoral candidates, and they can piss it away, or you can help a local business get on its feet. Seems like an easy choice to me. Anyway, that is it. I wrote more than I wanted to today. I have 17 missed messages and numerous emails that I haven't read yet from just today. Just living the dream?