Share All sharing options for: Nookie Orders Signage and Ponders a Juicer 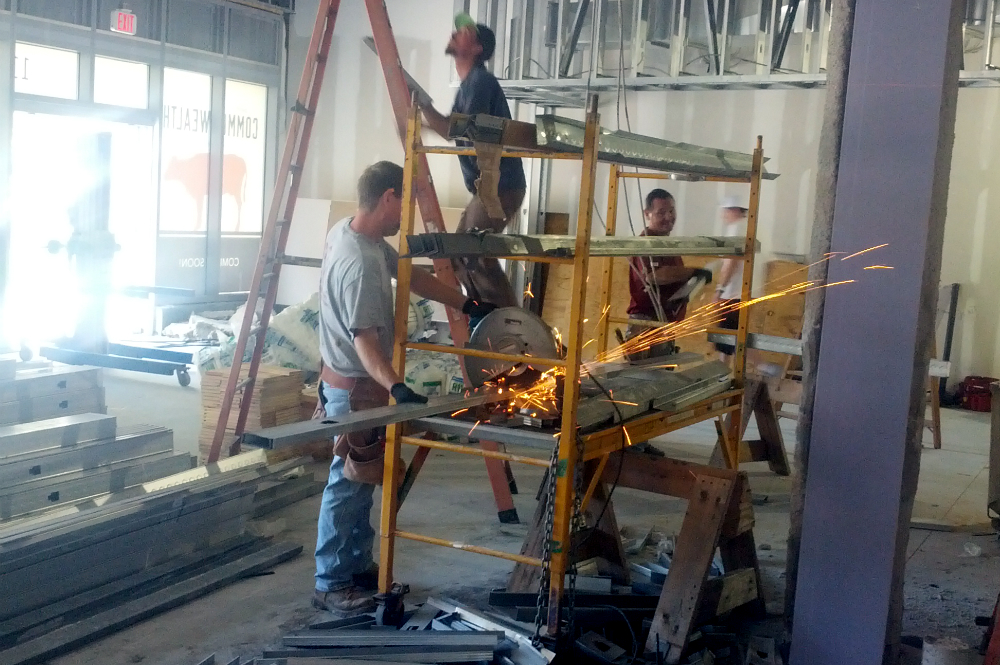 South Boston. Or maybe it's technically SOWA. But not the cool, funky, hip market area. The darker, not-so-heavily walked, scary section. A nondescript brick building with razor wire covering all entrances. A broken-down, busted car with no wheels in the parking lot. "Really," I say to myself. This is where the best signs in New England are made. There isn't even a sign out front. Welcome to Boston Sign, and you better be prepared. Owned by, you know what, I don't even know their names. Crazy. Anyway, it's owned by these two wacky guys. Picture Laverne and Shirley but then make them guys and then make them from South Boston. If anyone needs a reality show, it's them. They are hilarious but also wicked good at designing signs. 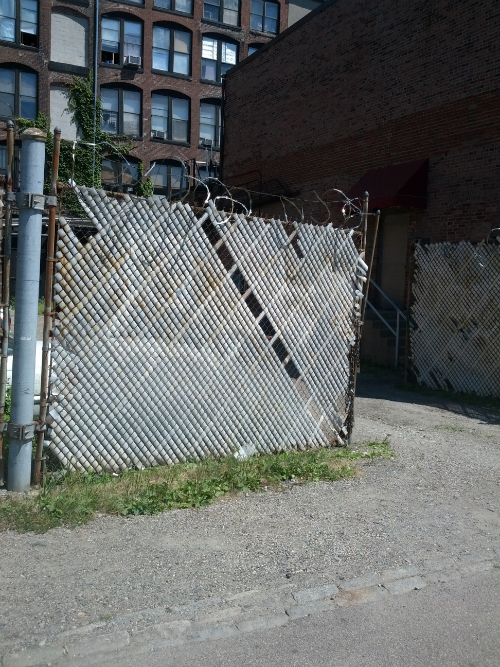 A sign is a sign you say. Don't say that to my two best new friends, whose names I don't know, but that's not important. What's important is their work and how serious they take it. Tons goes into designing and installing a sign, and it's super important. Lots of different options from metals to lighting style to color to, well, the whole damn thing. They came up with a great concept and it totally gives me a boner. I'll have renderings to show next week. I need to get on this soon as it takes about 8 weeks in all to get it together.

Opening a restaurant is all about organization. There are a million things to do, but you keep attacking the list and crossing things off. Insurance is next on my list. It's very confusing. In Mass and everywhere now, you need to offer health insurance to all employees that work over 30 hours. As a normal person, I like that businesses have to offer health insurance so everyone can get it. But now as a small business owner, it's a lot to handle.

Let's say, for example, that Commonwealth is five years old. Five years ago, with the same staff levels we are going to start with, we would have paid about $20,000 a year in employees' health insurance. Now I am going to be paying around $96,000. That is an insane increase. These are all round numbers, but that's a more than $70k difference. And it's tough, 'cause you can't really charge more to make up that difference. Something we all just must deal with.

The restaurant is under serious construction now. It's a hard hat kinda area. Lots of hammering and sawing and cutting. The hoods are up. Ohhh, here is good topic. I wasn't going to do this, but what the hell. I have been flip-flopping and struggling with an idea for about a month now. I need to make a decision. You can help. You know those Zumex juicers? The ones that you put, like, a shit-load of oranges in the top and they funnel down, and then when you push the button, it fresh-squeezes orange juice for you. Totally cheesy. Totally tacky. I know, no argument there.

But it makes one damn good glass of orange juice. Should I get it and put it in the market or just squeeze juice in the back and pour it out of pitcher if someone wants it? Leave a comment or tell me on Twitter. I am leaning towards it right this second, but it changes more than Lady Gaga changes outfits at a concert. Come on?a little Gaga reference to keep it light?maybe?maybe...ok, well, maybe not. Anyway. 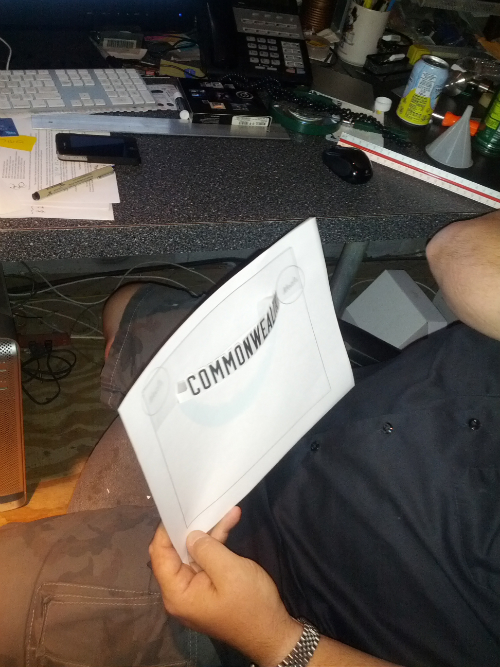 Let's see what else happened this week. Had a good meeting with the whole team. Cafco is looking at some other millworkers to see if we can fit that ceiling in our budget. I'm hopeful we can figure it out. I think it's important to the whole project. My Kickstarter video is done. Probably going to launch it not next week but the week after. I'm thinking of a roasting a pig during the day and doing a lunch to send it off. It would be cool, but if it rains well, I'm kinda screwed. We will see.

What else happened? Oh, went down to NY and picked up my great-great- grandmother's porcelain stove. It's awesome. Going to go in the market to put stuff on. It wouldn't fit in the car and the legs were rusted shut, so I had to cut them off with a hacksaw. Felt a little Misery-esque, but I'll put them back on later. It's going to be really cool. Alright. That's all I got tonight. And I'm serious, let me know what you think about the Zumex. This is realtime shit happening here. Your vote will dictate if I get it or don't. Choose wisely?I'm going to go listen to some Gaga now.