Nookie Obsesses Over His Kickstarter Campaign

Share All sharing options for: Nookie Obsesses Over His Kickstarter Campaign 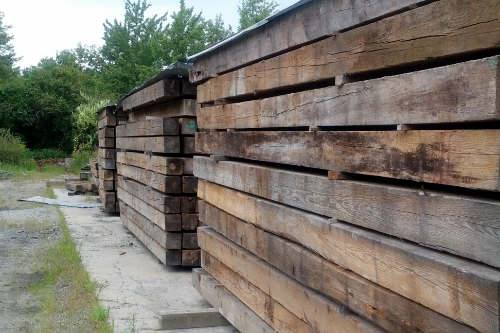 I'm obsessed. Crazy obsessed. Like a-horny-teenager-over-his-first-girlfriend obsessed. But it's not boobs I'm obsessed with...it's Kickstarter. We finally launched it, and I check it, like, a 1000 times a day. It's funny, 'cause I raised over two million dollars for this project, but something about this has me consumed. Maybe 'cause it's public, and everyone is kinda watching it to see where we are. Are they gonna make it or not? It's a little voyeuristic, but?well, I don't know. Boom!!!! Just got an email for a $5000 buy. Sweet. I'm so pumped right now, my fingers are trembling.

You can see the video here. It was a lot of work, and I am forever grateful to my neighbor Holly Hedlund, who did it for me. But the work doesn't stop now that it's up. I can't just sit on my ass and pray. I got to get out there and let people know about it and get people on it. You don't want to be pushy or be a jerk, but at the same time, this is really important to the project. We need this $50k and more to finish. At first it was going to be a little "cushion for the pushin'," but now we, like, kinda really need it. 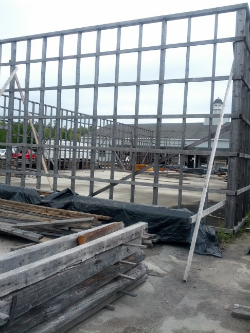 Budget is going up. Nothing we can do about it. Staub has been on vacation all week, so I have had to make a bunch of calls without my consigliore. I know he isn't going to like them, but what can I do? A lot of people, especially my brother, are like, "Well, I don't get it. Don't you have a budget? Just stick to that. How hard is it?" And from the outside, I can see where that question comes from. But I tell you, it's hard. It's damn near impossible.

Like, this week, I found out that our wonderful friends at Comcast and Verizon only brought their services to the building. They won't bring it to my space. I have to pay someone to go get it. That's like you calling Comcast and them telling you your cable is on the street — hire an electrician to go get it. Whatever, it's like $3k. I'm sure as a company they need to pinch pennies like that. How else can they afford their lavish yachts and high-priced hookers? I actually hope they read this and get pissed off. Their customer service has sucked, and it has sucked for years, and it doesn't matter 'cause there is no one else to use. We will see. I predict them both going the way of Blockbuster Video and Tower Records soon enough. 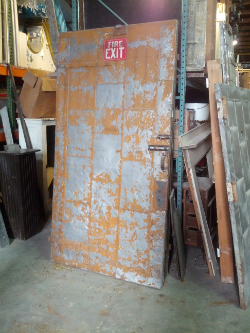 I went to Nor'East Salvage on Monday with Brendan of Brendan Haley design. We went to pick out our beams for the space, but we found some really cool old fire doors that were recently taken out of an old building in Chinatown. 800 dollars and two really bad cups of coffee later, they are sitting in my dining room. They need a lot love but they are going to be cool when they are done.

Other than that, things are moving along nicely. We had our rough inspection from the city on Wednesday. Passed with flying colors, and now the walls are starting to get blocked in. The space is getting smaller right in from of my eyes. [General manager] Tom Mastricola and I are getting more and more comfortable with each other. I think we are going to make a great team. I'm looking forward to having him come on full-time. We ended up going with Coke, although I feel really crappy about it. They ended up being the best fit for us, but we will see. Nothing is set in stone.

So that's all I got for this week. And now, without being annoying or too overly pushy, please help out our Kickstarter. Really, really, really — every little bit does help us get closer to completing our project. All right, everyone have a good Labor Day. Enjoy the last quiet weekend in the city. I'm going to check Kickstarter?