Heads, Feet, and Snouts at The Kirkland Tap & Trotter

Share All sharing options for: Heads, Feet, and Snouts at The Kirkland Tap & Trotter

Tony Maws seems relaxed. His upcoming restaurant, The Kirkland Tap & Trotter, is three weeks away from opening, he says. It's 88 degrees and humid on the sidewalk, but he barely breaks a sweat as he leads us inside the Washington St. space, maneuvering excitedly around the construction site. The industrial-sized fan helps. Maws is clad in a summer-friendly orange and blue plaid shirt and khaki shorts, and he might as well be drinking a beer at a family picnic; he's hardly betraying a hint of stress.

Things are coming along, but there's much to be done. One worker is painting ceiling beams a deep brown while another covers the front of what will be the bar in a minty green — technically "English racing green," says one of the PR reps. Pieces of wood are being sanded; others are being drilled. There's a gaping hole in the floor surrounding the stairwell, eliciting jarring memories of that under-renovation townhouse in Home Alone 2. But Maws, winner of significant acclaim and awards for his other baby, Craigie on Main, is in control, and opening in three weeks seems within reach.

Once all the large equipment gets through the door, a vestibule will be walled off; the host stand won't be far from the entrance. The oak floor is new, complementing the rough old bricks on several walls. Along the left wall, there will be a 12-seat bar, with the kitchen beyond that, in the back left corner. The front windows (nearly floor-to-ceiling) on the same side will have six counter seats. To the right, there's more of a dining room feel — there will be some large tables, and banquettes reminiscent of train station seats will run along parts of the sides. 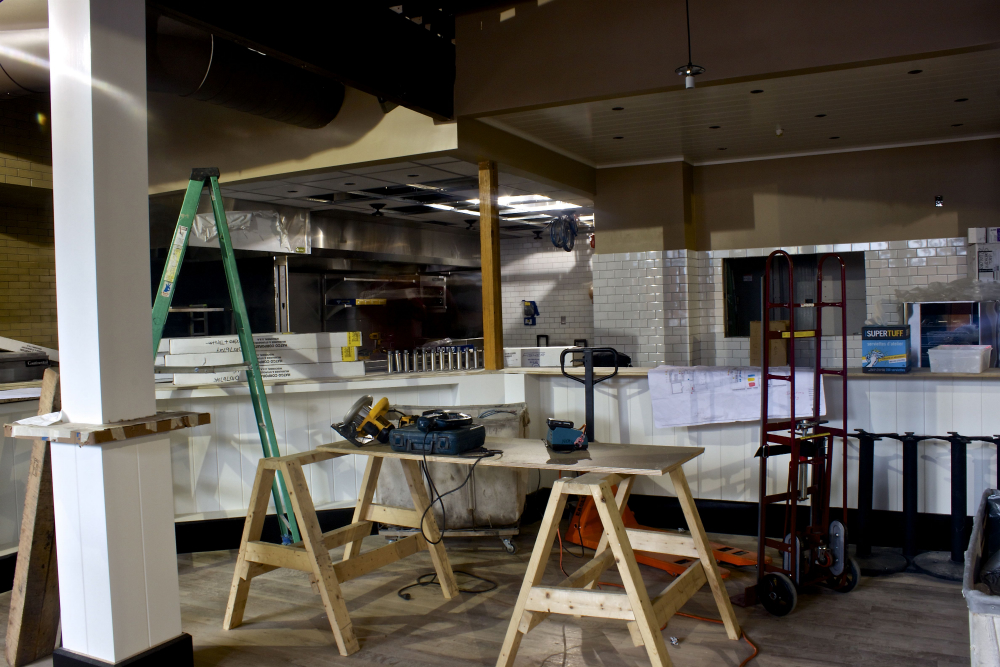 In the back right, the staircase heads down into the basement, a labyrinth of restrooms, a prep kitchen, and other employee areas. One of the PR reps says that it's an improvement over the Craigie basement, where a foot of earth (six feet, corrects Maws) had to be excavated to level out everything. Despite the digging, Maws' office at Craigie apparently feels much like floor 7 ½ in Being John Malkovich. 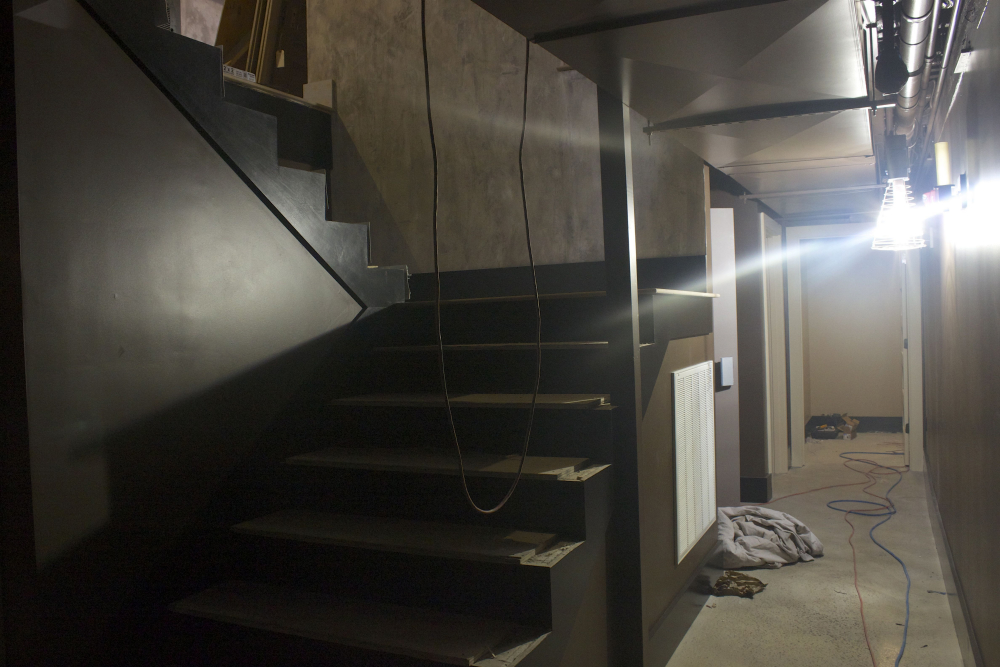 Outside, rugged stone faux columns run up and down the facade with elaborate shapes etched at the tops. They've been there since at least the Kirkland Cafe days. At one point, the old club played host to a number of prominent Boston rockers, from Morphine to Peter Wolf. But the space has been through a few changes since then; one landlord had plans of opening a new restaurant and started an unsuccessful renovation that, in Maws' mind, left much to be desired — and much to be gutted. But design isn't supposed to be an important aspect of The Kirkland Tap & Trotter. Maws doesn't want diners to gush over the architecture; it's supposed to be "just cool." Comfortable. A neighborhood joint. 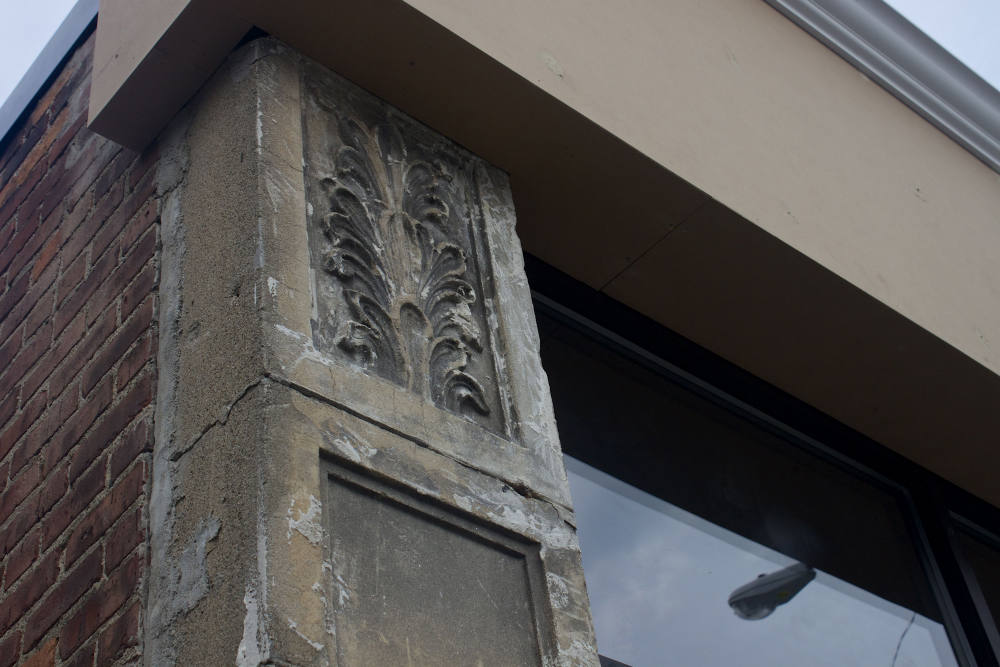 Similarly, the plan is for the food to be "just good." Maws is "not doing anything groundbreaking," he says; the price point will be lower than Craigie, and the tasting menus will be absent. But his signature nose-to-tail style will still be present: "Gonna be heads, gonna be feet, gonna be snouts." There will be a hot dog that will hopefully achieve signature status at some point, but he knows it's not there yet. And there will be a rotating host of burgers, but not the infamous Craigie burger. Oddly enough, Maws is "not even a burger guy." He's more into hot dogs, but the burger came about as a cheap draw at Craigie's original location, back when the economy really took a nosedive. The rest is beefy history. 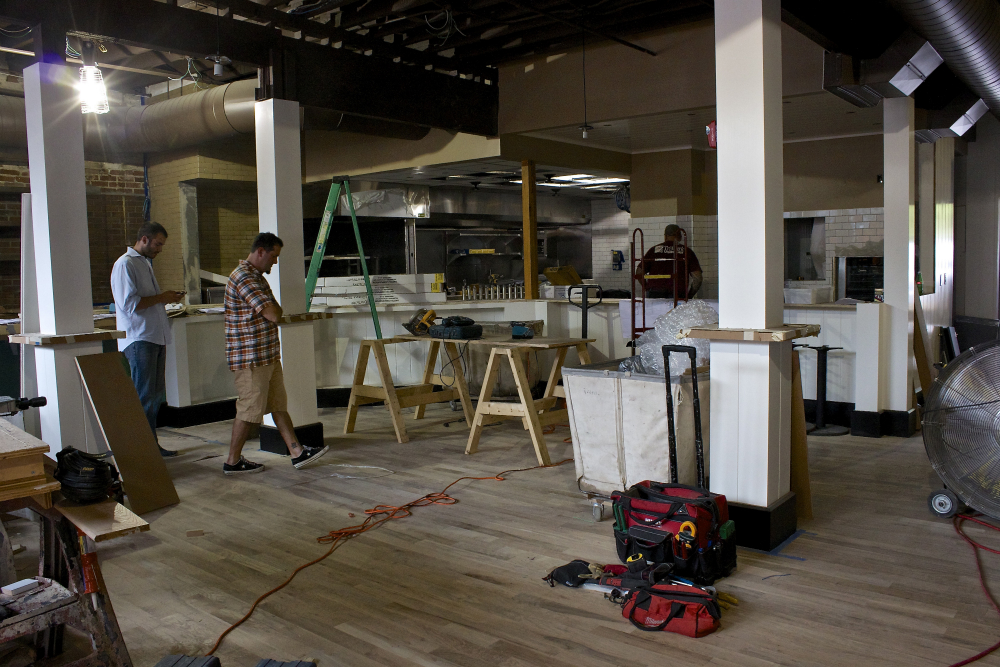 Though Maws is a sports fan, there'll be no TVs at The Kirkland Tap & Trotter. He lays down the law: "You're going to eat and you're going to drink here." No sports games will distract from the vibe. 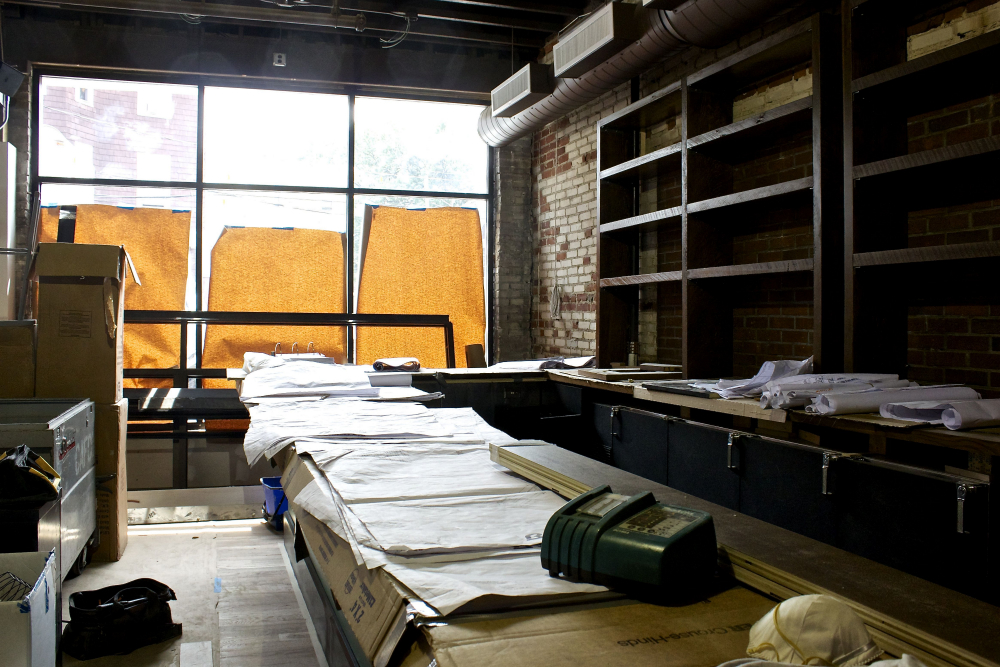 And so construction chugs along. It's not time for light fixtures or furniture yet, but the silverware has already been acquired. It's sitting in a giant blue barrel in the middle of what will become the dining room. It's a ragtag collection of forks, knives, and spoons, mismatched "like everything in my home," says Maws. Oddly enough, the silver bounty came from a linen cleaner who had been collecting all the flatware inadvertently tossed in with restaurants' napkins and tablecloths. 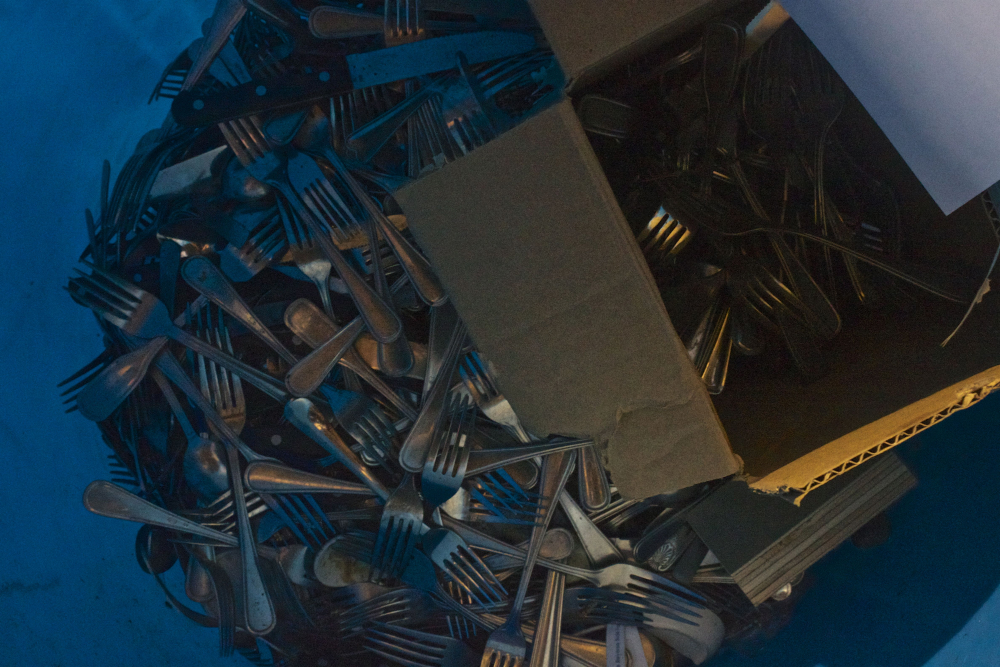