Share All sharing options for: Nookie Wonders Who Wants to Sit in a Bar Made of Ice 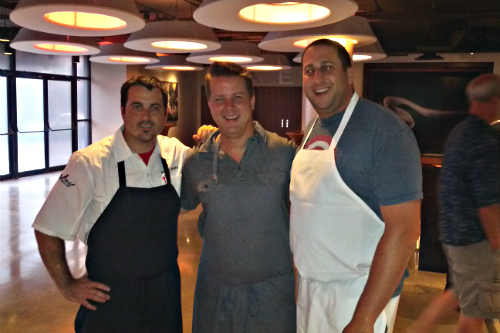 Decent week. Lots happening. You know what, screw it. Want to know what's really bothering me??? That damn stupid Eater poll on which fall restaurant you're most excited for. I mean, I don't put a lot of stock in it as the Ice Bar won, so I'm not sure who is actually reading this or voting on it, but I expected us to fare better than dead last. Maybe this blog was a bad idea. Maybe people just don't like me. Maybe people just want to sit in a bar completely made of ice and freeze their asses off. We already have that here; it's called fucking winter. Whatever, I'm over it. I got my own shit to worry about. Not some stupid poll.

Cafco and Rode figured out the ceiling issues, so we are getting the ceiling. You know that when the big boss Ed McCabe shows up, some important shit is going down. Well, that's good. I'm going with the carpenter on Monday to Nor'East Salvage in NH to pick out our beams and slats. That will be fun. Still looking for mirrors and some light fixtures. Trying to avoid going back to Brimfield in September, but if I don't locate the stuff before then, I have to go. It's my kids' first day of school, so I don't really want to miss that, but I might have to. 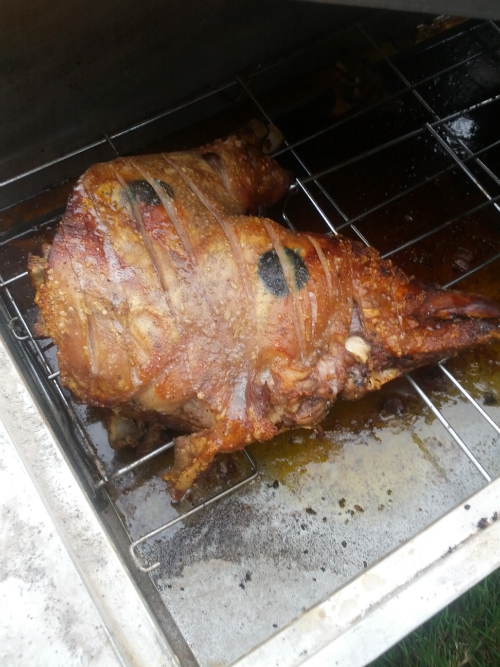 I did a couple of events this week that were quite fun. Pig roast on Monday with M. Scelfo (Alden & Harlow) and Sammy M. (jm Curley). Tuesday was dinner and a movie at the Revere Hotel with Barry M. (Hungry Mother) and Matty G. (West Bridge). And tonight I spoke on a panel at the Venture Café inside of the Cambridge Innovation Center. Kinda crazy that I would be sitting on a panel, but it was pretty cool. Ayr from Clover and Josh, the owner of 1369, sat on the panel with me. I was actually a little nervous, but I loosened up as it went along.

Construction is moving along. We are going for our initial inspections on Monday, and once those are done, the walls will start getting closed in, and it will really start to move. The base of the bar and the market counter went in. The space is really taking shape. The Kickstarter video is complete, but it unfortunately isn't ready to release yet. We're just waiting on Kickstarter to give us the final okay. It actually might be out when this is posted, but as of 10:34pm Thursday night, it's a no-go. Once we get an okay, I'll post another entry with a link to the video. 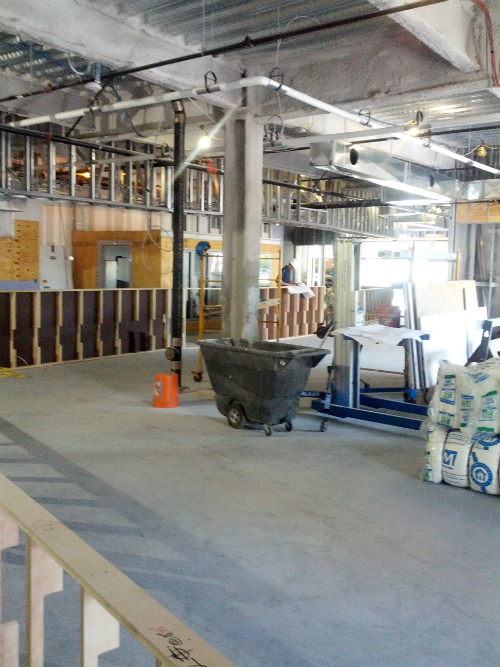 Other than that, it's just trying to get as many ducks in a row as possible, 'cause it's gonna be a shit storm real soon. Went by the city today with my three estimates for my sign; Cambridge has a program that helps fund your sign. Not sure it's the best use of my tax dollars, but I'm not complaining. $2500 is a lot of money right now. I ain't got two wooden nickels to rub together. I wrote checks for almost $400,000 this week. That is insane. I mean, that's like a house. Or, well, more like a condo, but you get the point.

Oh, here is another dilemma. Actually, I like this: I'll end each post with a question, and people can vote, and then I'll make up my mind. It's like, choose your own adventure, except it's my adventure; you are just along for the ride. Anyway? soda? Coke or Pepsi or Real City (which is a local company that sells soda)? I'm leaning towards? actually, I'm not going to tell you what I'm leaning towards. Think about the soda gun at the bar for mixed drinks, soda in the dining room, and if we should sell individual bottles of sodas in the market. Real City just does soda guns, so if you choose them, that means no Coke or Pepsi products in the market. Alright, that's all I got. I need to go figure out how to make my restaurant into a frozen block of ice so I can get more votes? Have a good weekend.