Share All sharing options for: Late-Night Wurst und Bier Are Coming to Bronwyn

On the heels of A4 Pizza's opening, which includes late-night half-priced slices, Bronwyn is bringing another late-night feasting option to Union Square. On September 9th, the German and Central European restaurant will introduce a special sausage and beer menu, available from 10:30pm to 12:30am Sunday through Thursday and 11pm to 12:30am on Fridays and Saturdays. Additionally, the restaurant will begin to serve dinner seven nights a week starting on the 9th, eliminating the Mondays off.

Bronwyn's late-night menu launches with five meaty treats for $10 and under, including kielbasa & eggs and an "überdog." There are also five beers — three lagers and two pilsners — for $4-6. 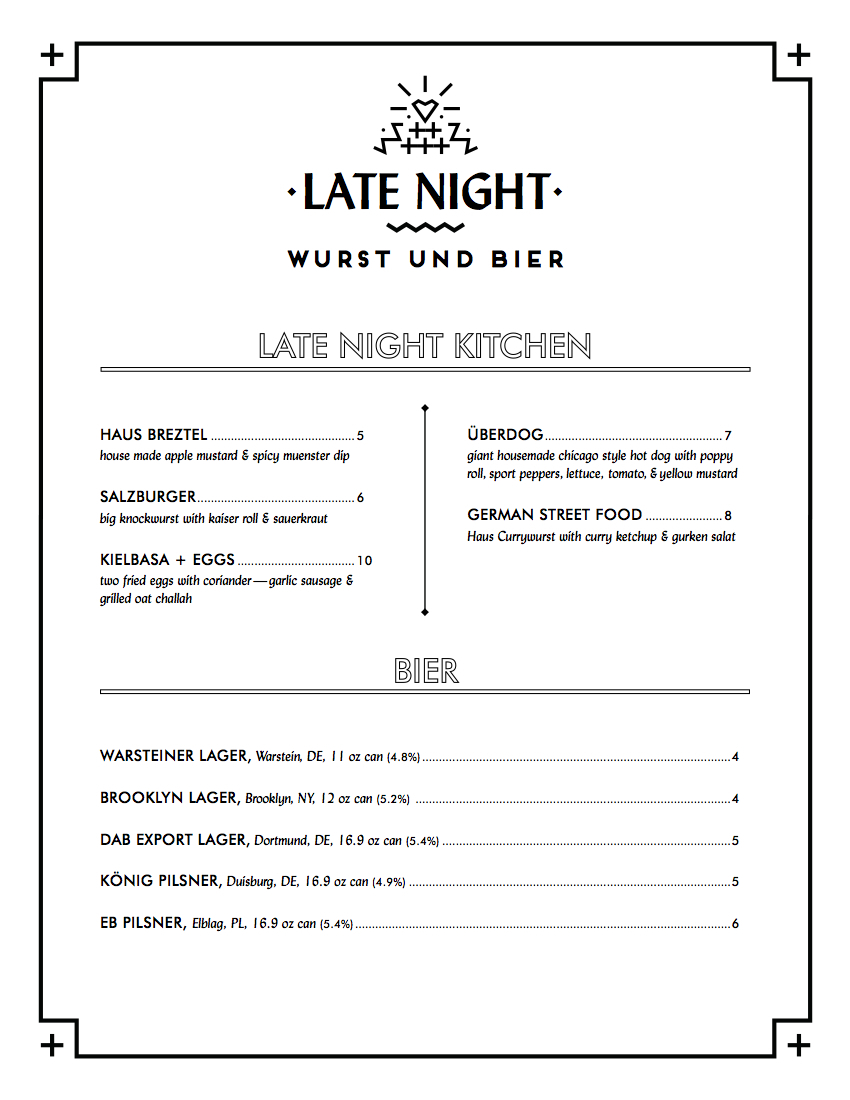 · All coverage of Bronwyn on Eater [~EBOS~]