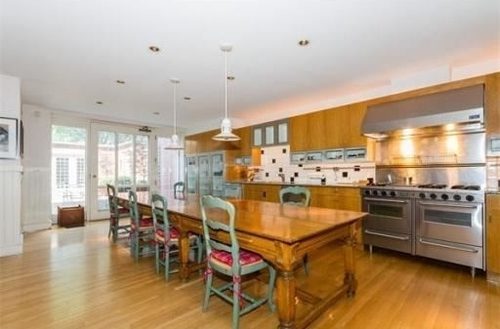 BACK BAY - The crazily scrumptious townhouse at 410 Beacon Street has returned to the sales market for $8,990,000, way down from its 2011 asking of $9,650,000, but higher than its last listing of a mere $8,850,000.
__
BEACON HILL - Here are the newest plans for 124 Chestnut Street, that 148-year-old townhouse being gutted and renovated, and causing so much controversy because of that.
__
BROOKLINE/BRIGHTON - The big plans for the site of the old Circle Cinema in Cleveland Circle have seen big changes. The office component of the proposed 234,500-square-foot development has been nixed in favor of more apartments.
__
HUB-WIDE - Here are 10 homes in the Hub, from smallish condos to many-bedroom single-families, asking $449,000 each.