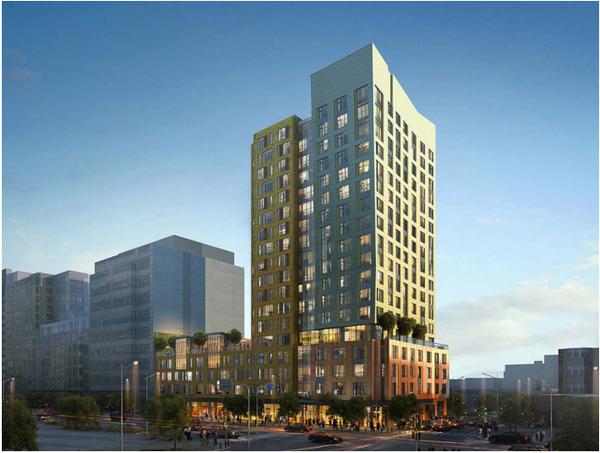 FENWAY — Skanska, developer of 1350 Boylston, is facing even more opposition from the neighborhood about their revised plans to build on the existing Burger King site and parking lot. And the people of Boston have a lot to say about it. Join the discussion! [BBJ]
____
DOWNTOWN CROSSING — The Menino administration is considering a tax break for the Millennium Tower project that is finally being built in Downtown Crossing, and officials are saying the goal is to get this project done. This is an extreme departure from the angry reaction the Mayor had three years ago when the same request was made by the prior owner of the site during the recession. [Globe]
____
FINANCIAL DISTRICT — Renovations are finally done and finally it hit the market in June (check out the before and after photos!). This 3-BD, 3-BR in the Harbor Towers sprawls out over 2,510 square feet. It's been on the market for a little over two months but just chopped six-figures off its asking price. [Trulia]