Nookie Has to Bow to the Almighty Dollar

Share All sharing options for: Nookie Has to Bow to the Almighty Dollar 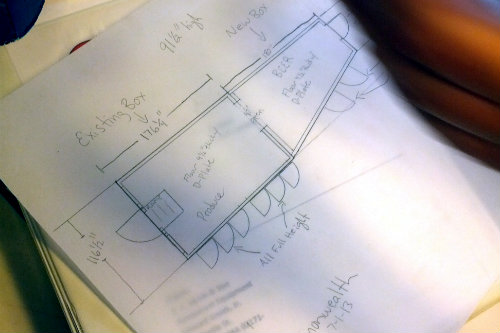 As expected, not a huge week. July 4th really has put damper on our progress. While not being incredibly productive, we did accomplish a little bit. Spent a huge chunk of time at Ed Smith's auction house in Quincy with Junior. Basically, here is where we are. We got our huge equipment number for all new equipment; we can't afford that. We will have to completely change what we plan on doing in the kitchen in order to get all new equipment, and I don't really want to do that. So my only option is to go used — or some combination of the two. There are a few problems with that. The obvious ones, like it's used equipment, and it's already got wear and tear on it and might shit the bed in six months, are there.

But the equipment has lots of ramifications for construction; Cafco is going to build our space according to our plans and kitchen design. If we have in the plans that we are putting a four-door refrigerator here that has a power needs on the left and a plumbing drain on the right, then that is what they are going to build. If we go down the road and find a used four-door fridge for a quarter of the price of a new one, but the plumbing is on the other side and the electrical needs are switched, that's when we encounter the dreaded change order. We want to avoid them at all costs as they are expensive and cause delays. 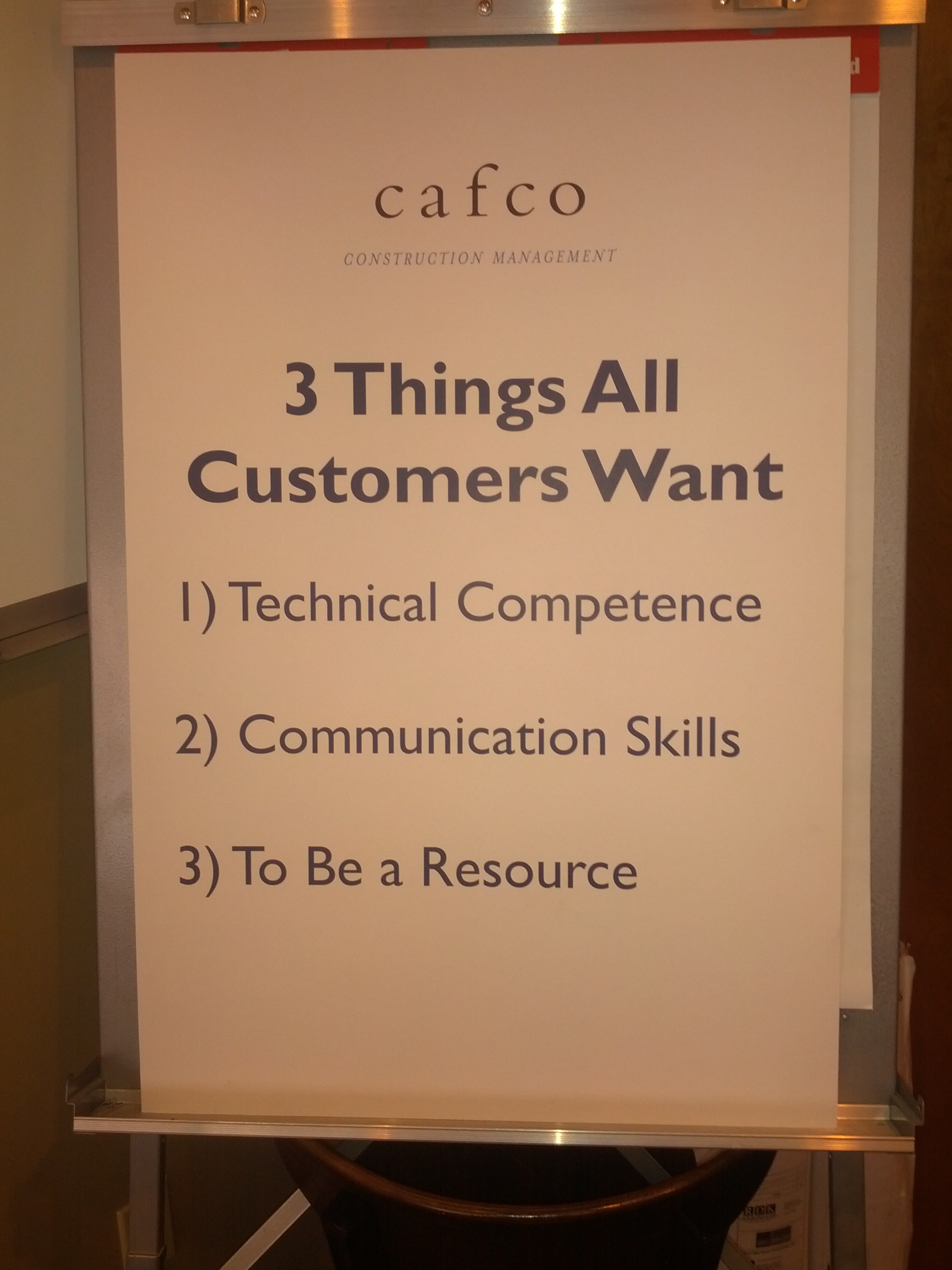 But I have no other choice. Equipment leasing is expensive, and as we are considered a start-up, the rates are high. So a little calculated roll of the dice with Real Foods kitchen design and Junior from Ed Smith that we will be able to find everything we need to avoid the CO.

Had a red pencil meeting at Cafco yesterday morning. They served pastries; it was nice. But Staubinator brought me a roast pork bun from Chinatown, still warm, so good. I offered everyone a bite but was secretly sending out vibes for them not to take it. Anyway, we went line by line on the budget and tried to cut, cut, cut to get where we need to be. Value engineering = lots of fun...not really. But we made some progress.

It's hard because everything that is in there is there for a reason — a brick border or a galvanized wall or slatted beamed ceiling — but the almighty dollar rules all, and cuts need to happen. It's the nature of the beast. I knew it was an important meeting when it was presided over by the one and only Ed McCabe, president and CEO of Cafco. I like Ed and I like Cafco...let's just see if I'm saying that in 14 weeks.

Got a few meetings today to tie things up. Having lunch at Catalyst, then off to a budget update meeting with the Staubinator and then another kitchen design meet with KC at Real Foods. Friends have been helping out as well. I bought a grill off of Will Gilson from Puritan & Co. that he wasn't really using. My buddy Joshua Smith, formally of Tico and now owner of New England Charcuterie, sat through a whole auction for me and bought an ice cream dipper cabinet ($2K savings), so that helps.

Every dollar saving really adds up. Although it's over a $2 million project, saving just a couple hundred bucks on things really adds up. I said it before, but I hate how price-driven I am now. How much does it cost, how much does it cost, how much does it cost...my new mantra. My team and I will figure it out. I know this. I'm confident in my architect (RODE), KC, Cafco and the Staubinator. Go enjoy the fireworks and be safe and have a great 4th. Follow on Twitter (@chefnookie and @commnwlth) for cheesy firework pictures with me and my kids...
· All coverage of On the House on Eater [~EBOS~]