It's Go Time for Nookie

Share All sharing options for: It's Go Time for Nookie 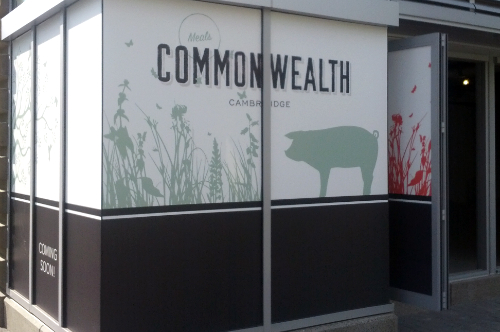 It's go time. Things are happening. It's moving now. For months, years even, I was begging, pleading for this process to get moving. Well, it's moving now, and there is a lot going on. It's really interesting how much everything is interconnected. One seemingly small, minuscule change has a ripple effect on everyone. Basically I'm still shopping around for "previously loved" or "experienced" equipment.

When I find pieces, it registers huge savings but slows down the contractor a bit and aggravates my architect to no end. We are almost done, though. Four pieces left to find. A 40-quart Hobart mixer, a 10' by 12' walk-in, a Rational combi oven, and the beast, our wood-fired hearth oven. All new, this is around $80 grand. If I find this stuff used, I could cut that in half. $40k in savings. That's not just extra money, that's money to put towards a ceiling, or smallwares, or furniture, or wiring, or POS, or...

Money. That's what it's all boiling down to. Everyone wants it, and I don't have enough of it. I'm short. Not terribly short. Not freak out and jump off a bridge short, but short. I have options. None of them are particularly exciting, but I have options. I can go to Cambridge Trust, which has generously offered me a sizable line of credit. I could use that, but I don't really want to. I could lease my equipment, but being a startup, it will be difficult and my rate will be high. I'll also be locked in for a payment structure, so if I do well, I can't just pay it off. I can assume debt; I currently have none. I like that I have none, and I would like to keep it that way. So what do I do???? 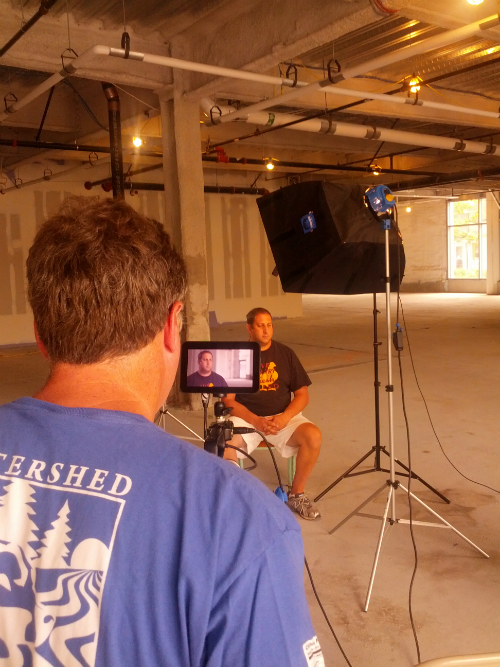 Kickstarter...crowdfunding. It's a cool, relatively new thing. Helps us get where we need to go and lets our community collaboratively help us get there. So this is basically how it works. For different amounts, you receive different things. It could be anything from a two-second too long awkward hug for $1 to a full-blown tasting menu in your house for 12 people for $1000. And lots of cool stuff in between. I was joking about the hug by the way. I'm not a big hugger regardless of the gross generalization that fat people like to hug.

Anyway, we are in the thick of making our cool little video begging and pleading for money. It's basically just another form the of the hand jobs and BJs I have been giving out to get the rest of the funding, maybe a little more fun — or less depending on who you are talking to. I'm hoping to launch the video sometime in August. I'm thinking of doing a pig roast outside Commonwealth on launch day as a little party celebrating. We will see. I'm hopeful. 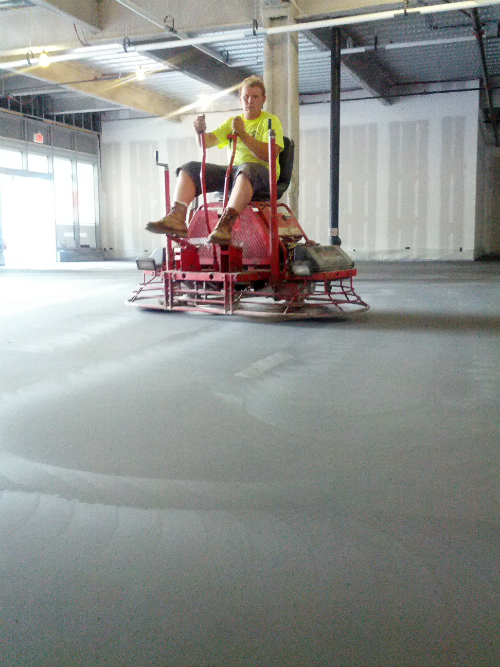 As far as other stuff going on this week, they laid the cement floor. Totally interesting how they get it all smooth. They use this, like, hovercraft to float over the whole thing and smooth it out. It was pretty cool. I resisted the urge to draw my name in the cement. I'm regretting it now. I didn't want to get in trouble. I'm just realizing that I'm the one paying, so I can pretty much do whatever the hell I want to. Got to get used to that. Feels a little weird.

Met with George Howell Coffee Company to become our exclusive supplier for coffee. Those guys are serious about their coffee. Made me a little nervous, but I'm excited for it. I need to start the conversation about our signage. Another doozy of a bill coming — but super important. Got make sure it pops. 'Til next week. Follow me on Twitter — @chefnookie and @commnwlth — for real-time updates. Thanks.
· All coverage of On the House on Eater [~EBOS~]