Yelp Knows Where to Find Hipsters and Hangovers

Share All sharing options for: Yelp Knows Where to Find Hipsters and Hangovers

In case you were wondering where to avoid hipsters or yuppies, where to cure a hangover, or where people are talking about noodles, regardless of whether they're good or bad noodles, Yelp's got the "wordmap" for you. The big red monster has released a fun little mapping toy for 14 different cities, allowing you to visualize where reviewers use certain words more or less, like "hipster" or "PBR." Each city has a slightly different set of options (with some overlap), but what does it say about Boston that some of the available words are bacon, cheap, frat, and hangover?

A very precise and mathematical analysis performed by quickly glancing at the hipster and PBR maps suggest that hipsters require PBR, but those who drink PBR are not necessarily hipsters. Also, reviews containing the word "hipster" center on Allston, Back Bay, and a few of the main Cambridge and Somerville squares. No real surprises there. 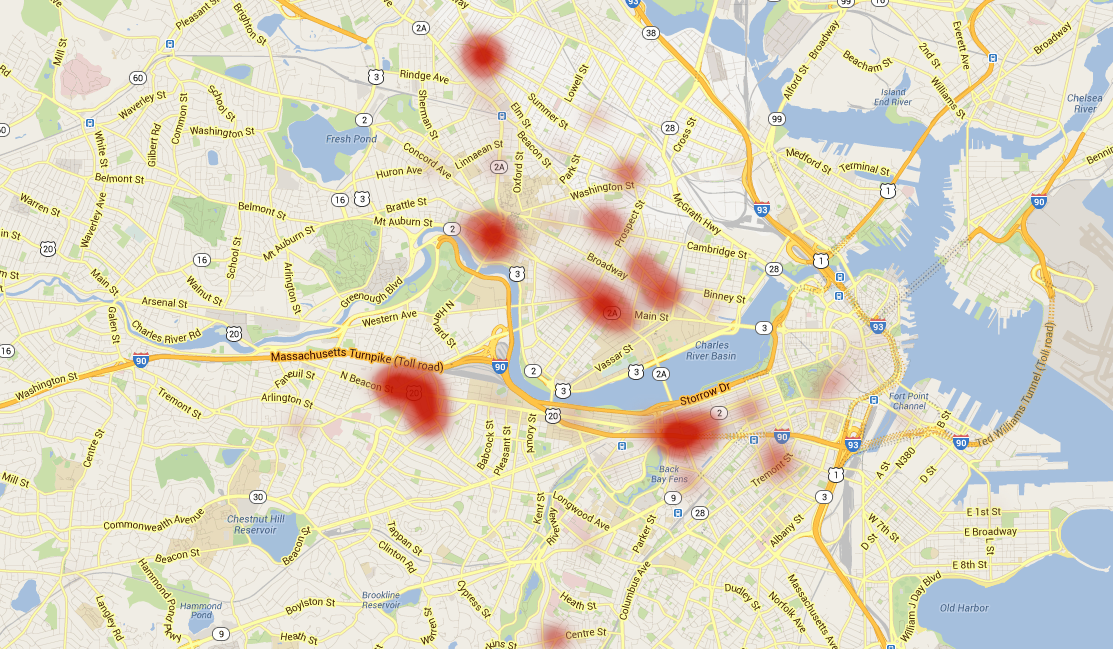 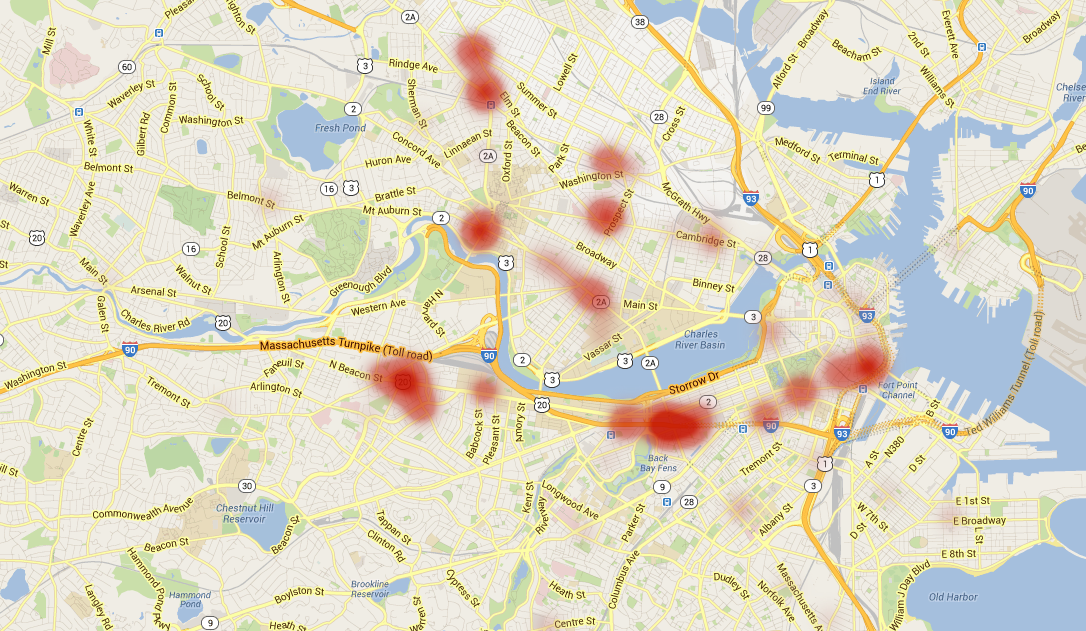 Meanwhile, "hangover" is pretty widespread, as shown below, but are reviewers writing about places that cure their hangovers — or cause them? Possibly both, as the most dense area of the hangover map is in the heart of Allston, home of hardcore partying and hardcore brunching. 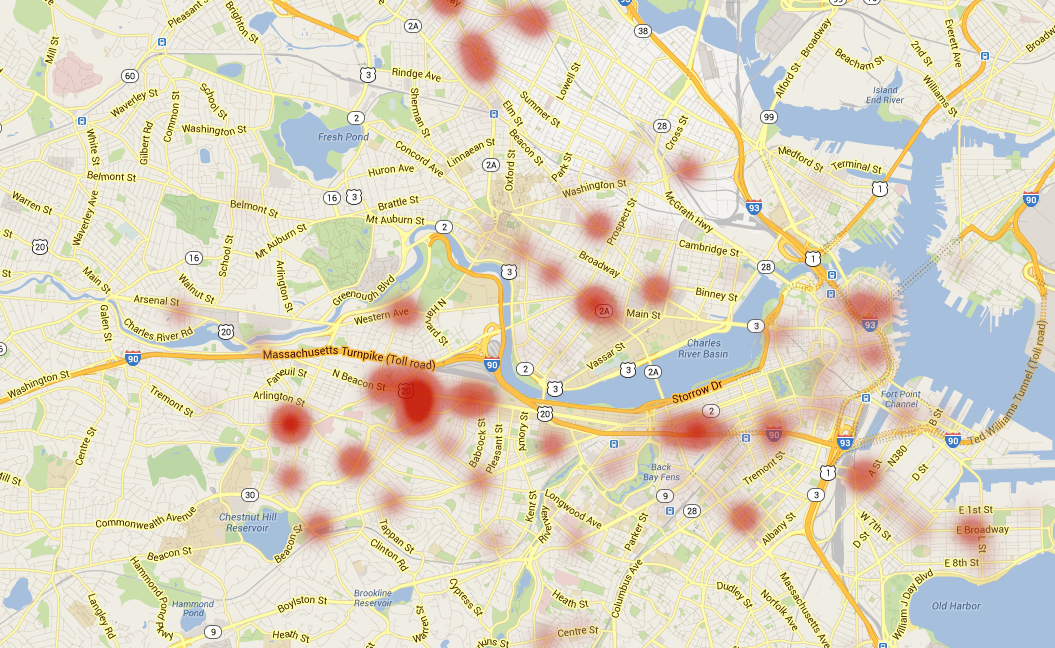 And "tourist," as expected, is a huge red blot over the North End and downtown, with some secondary spotting around Harvard Square and Fenway. 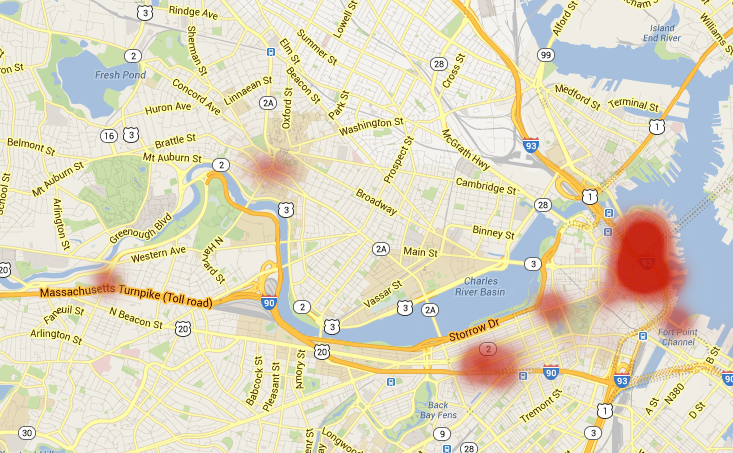 As for "bacon," well, that's everywhere, because Boston will forever be stuck in a 2008 time loop. 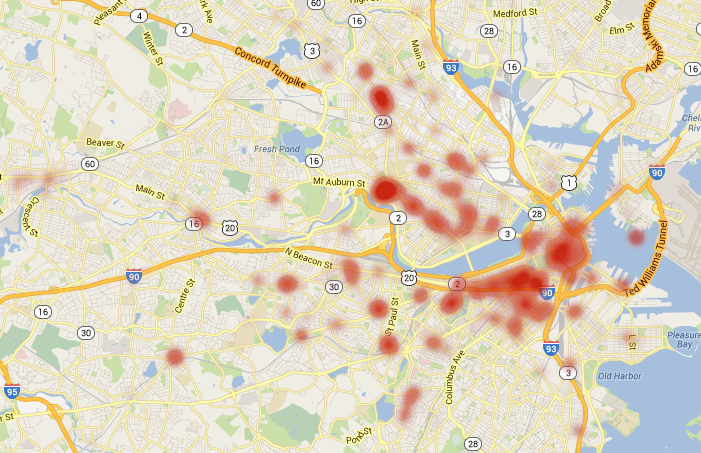