Share All sharing options for: Nookie Visits the Grim Reaper of Restaurants 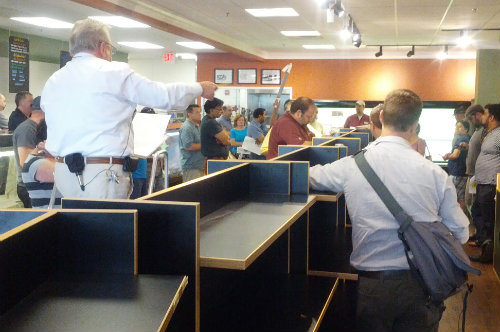 What happens when restaurants fail? When they close down, shut their doors? Maybe because they have been there forever or because they just aren't making any money. What happens to all that stuff? The pots and pans, plates and sugar caddies. Salt and pepper shakers, ovens, doors, chairs. What happens to it all? Where does it go? I'll tell you where it goes. It goes in Commonwealth and plenty of other restaurants. Enter Ed Smith Sr., aka the grim reaper of restaurants. No offense to Sr., but I don't ever want to see him in Commonwealth. When you see Sr., you're pretty much fucked.

So basically Sr. runs auctions for failed or closed restaurants. They auction everything off, down to the staplers and toilet paper. I went to two this week: The Meat House in Brookline and Morton's on Boylston in Boston. At The Meat House, I had my eye on a Bizerba meat slicer. Great condition. New, like $3k. I didn't get it. Outbid by someone else. 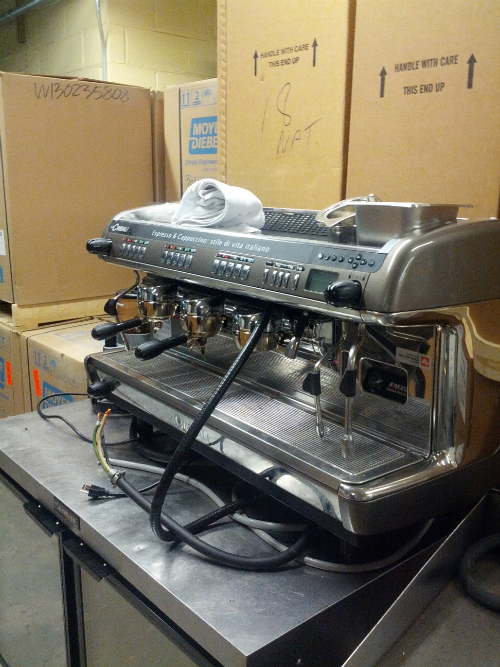 So I got skunked that day and was determined to get something at the Morton's auction. I scoured the place and wrote down about 20 items I was going to make a play at. I have seen enough Storage Wars to kinda pretend like I know what the hell I'm doing at an auction and to not look like a fool. Gonna stay on the outside, not look overly eager, and at the last second, come in and swoop it all up.

So I'm ready. Got my game face on. Before we start, Sr. offers up the whole lot. Anyone want to buy everything? I laugh to myself. No one is buying all this crap; there is so much stuff there. Going once, going twice, and boom?$45k?from the corner of the room. WTF!!!! Going once, going twice?sold. $45k. Thanks for coming, guys. Awesome?what a waste of two days. Damn auctions? 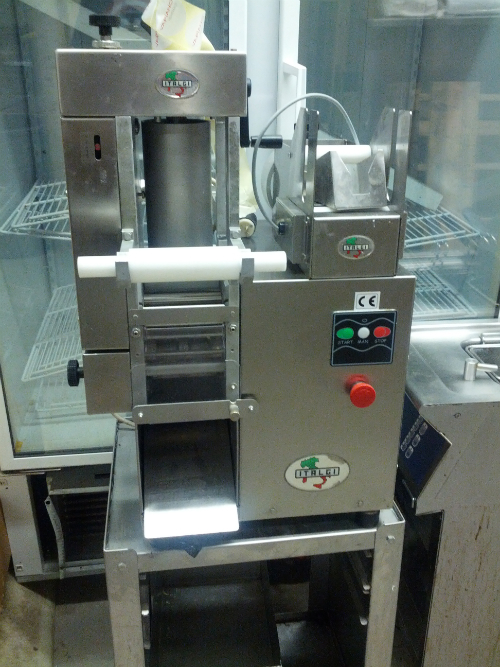 Started construction this week. I showed up Monday expecting a large red ribbon with the over-sized scissors and tons of ladies with huge hats around — or at minimum, a pile of dirt with a golden shovel in it?but who am I kidding? Nothing. Nothing at all. Very underwhelming. A little plumber crack is all I got, but beggars can't be choosers, so I'll take what I can get.

Speaking of restaurants failing, Vapiano closed. Who cares, right? I certainly didn't. I have never been there, nor had I had any plans of ever going. Not sure why it failed or where it even was. I do, however, know what equipment they had. How 'bout a monster Rosito Bisani pasta extruder and ravioli maker. Umm, that is on my list. I was going to buy that new. Not anymore. Check it off. And it comes with 12 copper dies. No biggie; they are just $500 a pop. I'll take it for $4 grand. And they had a massive La Cimbali cappuccino maker. I'll take it for $3 grand. All kinds of good stuff. Great score. Saves money without compromising what we are trying to do. Just need to do that like 500 more times and we will be good to go. 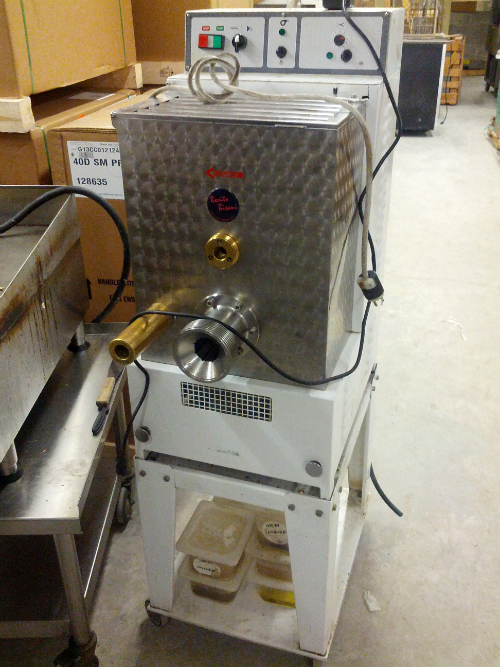 Starting to stress out a little bit now. I mean, it's always been stressful, but things are coming at me faster and with more regularity then before. My days are getting busier and nights getting longer. Staubinator had me write a little mission statement about who and what Commonwealth is going to be. He says it's a good activity and will help us as we go along, and I can see that. My wife told me that I'm getting more grey hair and might be thinning as well. Awesome. And we are just starting. Salt and pepper hair?it's supposed to be, like, distinguished, right? I don't really care; I've got more important shit on my plate. That's why they make Just for Men, right? Busy week leads to a busier one next week. And so on and so forth. Have a great weekend and stay cool.