Share All sharing options for: Daryl Levy on Owning the Deluxe Town Diner

While embarking upon Greasy Spoons Week, Eater received a lot of tips suggesting the inclusion of Deluxe Town Diner in Watertown, which has been around since the 1940s. Daryl Levy, who owns the diner with her husband Don, chatted with Eater about their experiences with the place, the changes they've made, and some very special blue visitors. 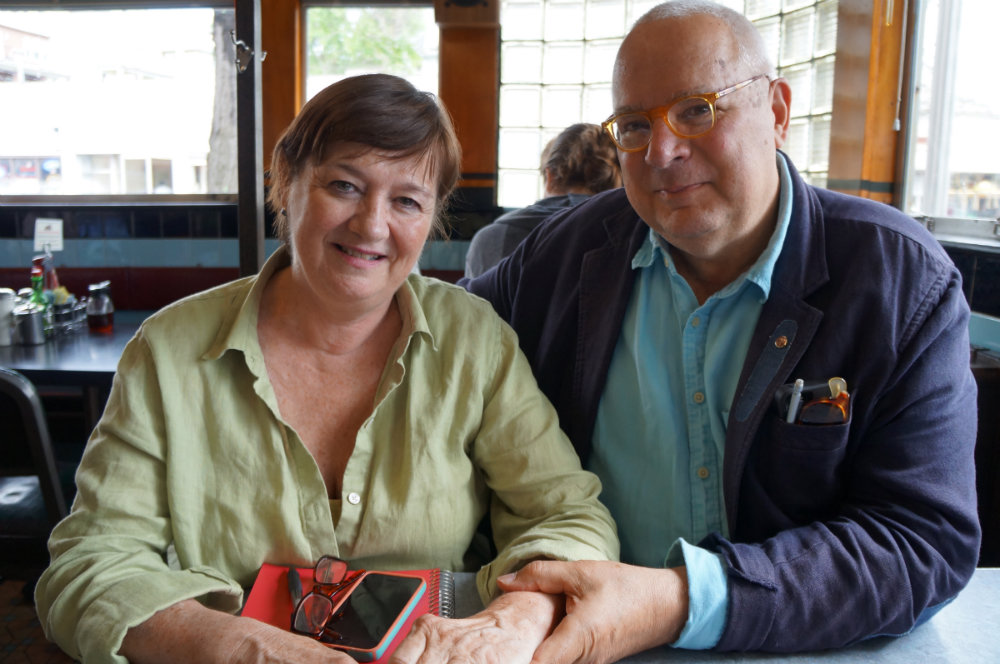 When the Levys purchased the Deluxe Town Diner, they transformed the classic spot into one very polished greasy spoon. After a complete restoration of the interior space, they expounded upon the menu and transformed it into one very eclectic and inventive selection. Babka French Toast, East India Curry, and Blue Cornmeal Pancakes all have their place alongside classic and more expected fare. The Levys saved the integrity of the diner; they installed the original marble counter which was found in the basement, repaired the booths to true 1940s style, and removed paneling to expose the original tile walls. 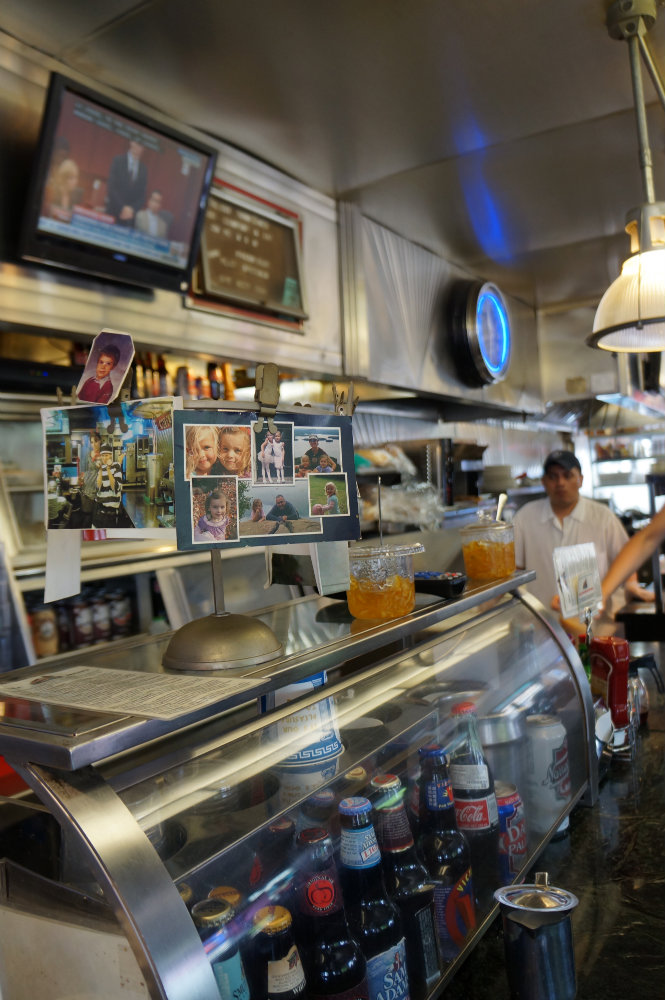 How long have you had the diner?
My husband and I have had the diner for 13 years. It was here well before us, since 1947.

What did you and your husband do before you bought the diner?
Don and I worked in retail for many years around Boston. Years ago, Don had the Blue Diner, which was the original before it became South Street Diner. We had experimented with a lot of recipes, and that was his original love. We've always had a wonderful attraction and love for antiques and history. It was important to make this an important place to come, granted we wanted a successful restaurant, but we wanted the space to be utilized. Nothing thrills us more than to hear people say "We love coming here," and they do for so many different reasons.

A place like this functions in the community; people meet here, people who don't know each other meet here on all different levels. Kids grow up here, from sitting on the edge in a little clip-on seat to being young adults. It's neat, this diner is a place in peoples' lives. As a result, that weekend after the marathon bombings was so important here, and I had no idea until I was here and people said, "I had to come. We couldn't come on Friday. I couldn't have my pancakes on Friday, and I had to see that you were all okay," because we were behind the yellow ribbon.

It really hit me that people have that soft spot and it means something to their daily lives, whether you live close or not. Some people came from a distance, and we were so busy — I just never expected that. I talked to people that weekend, to people who just needed to talk and share, and so often I think that's what a diner is. It's a place where someone can have an ear even if they aren't meeting someone; they can bump up to someone and share things. 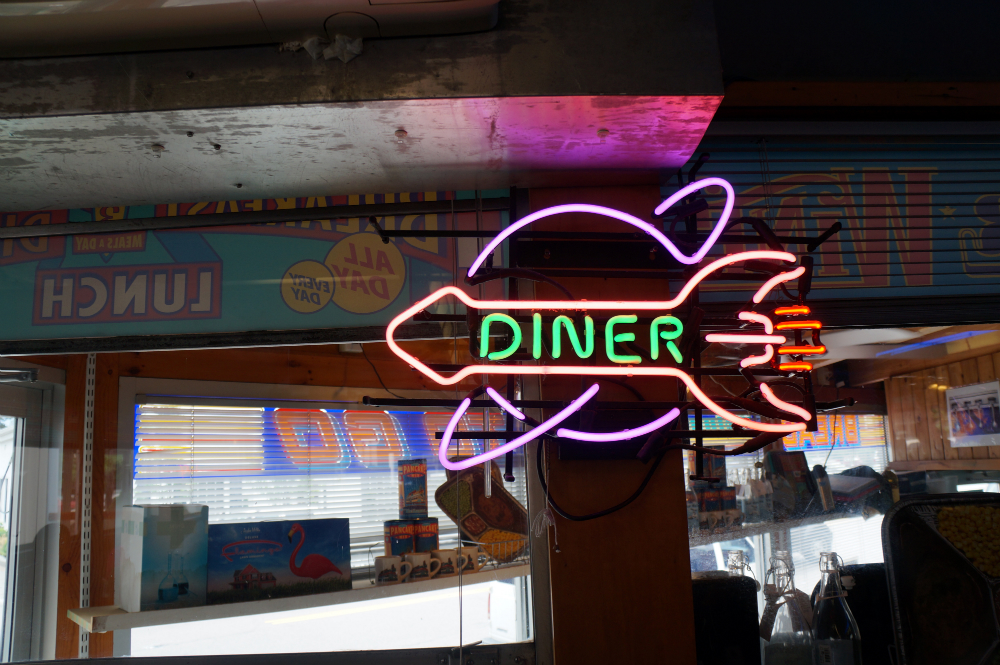 Did you change the menu once you purchased it?
We definitely updated the menu and have been continuing to do it ever since. In essence, we took the food to a new level. It was a ho-hum diner with a good omelette, perhaps. We enhanced the ingredients and brought it to a more contemporary level that people can relate to. We still have fried food, but it's not to the extent that they had formerly. This diner has served a wonderful neighborhood and purpose since just after the war in 1947; it goes way back. All-day breakfast is so important — sometimes you don't want a full dinner; you want an omelette or a stack of pancakes. We have great sandwiches, and they're pretty classic. Our burgers are wonderful — we were one of the first restaurants to start with Kobe burgers; we've had them for years. We do our own veggie burgers; there's a lot of cooking going on. We've had quinoa on our menu for a long time. It's been a fun journey to keep healthy foods as an alternative.

Do you have any of the same regulars still coming in?
Yes, but people move on, and there are lots of new folks too. It's a combination of neighborhood and we attract different communities around Boston as well. 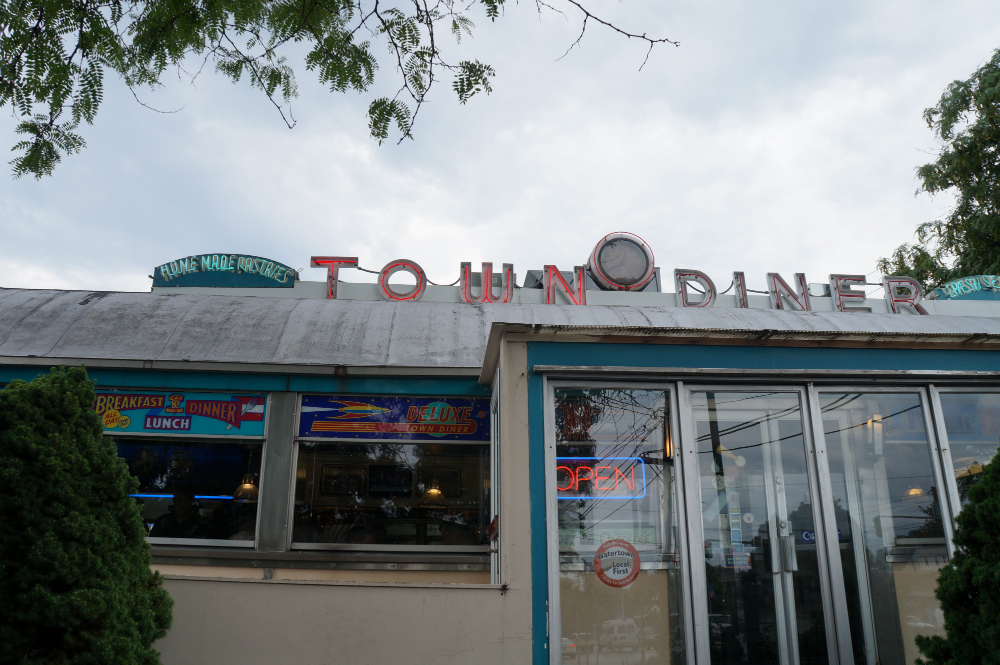 What's your favorite thing on the menu?
If I ate the pancakes every day, I wouldn't fit in the booth. For breakfast, our veggie omelette. My very favorite is that omelette for breakfast, but for lunch, our fried fish sandwich. For dinner, if I'm not in the mood for comfort food like a turkey plate, I'll go for the Cobb salad.

What's the most bizarre moment the diner has seen?
The night the Blue Man Group took over and did a video. In the morning, they were still cleaning up, and we had to take little specks of blue off the ceiling. That was fun. This was years ago, in the middle of the winter, and it was very cold outside. They had a wonderful light show, and I can remember coming up from the diner from that one way street and seeing all these lights flashing blue and white. That was a lot of fun.

— Story and photos by Jacqueline Dole