Nookie Gets The Keys to Commonwealth

Share All sharing options for: Nookie Gets The Keys to Commonwealth 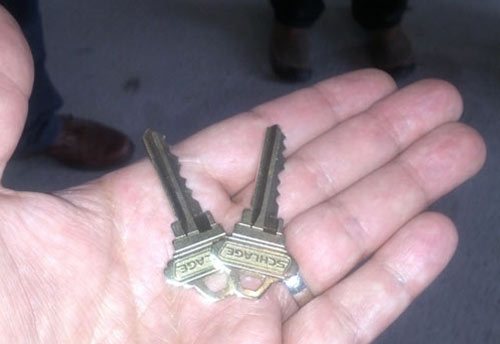 It's an exciting time for me. Making my dreams come true. I always dreamt of opening a restaurant. I think it's rare in life, that people actually get to do what they want to for work. I mean, my work doesn't define who I am, but it's a really damn big piece. I thought about and prepared for this for a long time. I'm really excited, but that doesn't mean parts of this are - how can I say this and not sound ridiculous - parts are just, well, really boring.

Had an over three-hour meeting on how are we getting the shit out of the restaurant. Literally: it's called an ejector pump, and it's actually pretty cool. 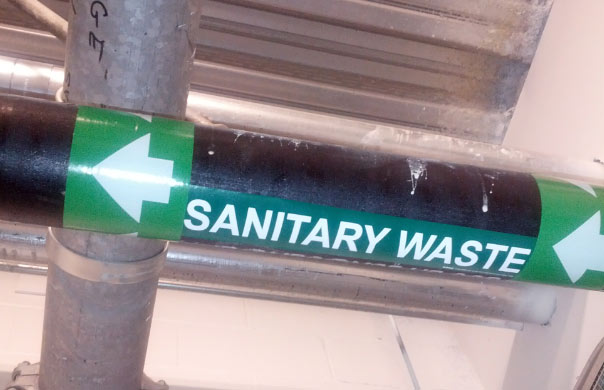 There was more super fun stuff like where the gas lines are and where the cold water loop runs into the makeup air which runs into the telephone/data line and blah, blah, blah. I know it's all important, but the contractors and architect and building people are handling it, and I can be of little to no use. I mean, I'm there, but I might as well not be. I'm the client here. I'm paying the bills. It's my name on this and it's my reputation on the line. I'm weighing in on every single detail, but I got no clue what the hell these guys are talking about. I have to trust in my team that they are out there, fighting for me and looking out for my best interests. And I do. 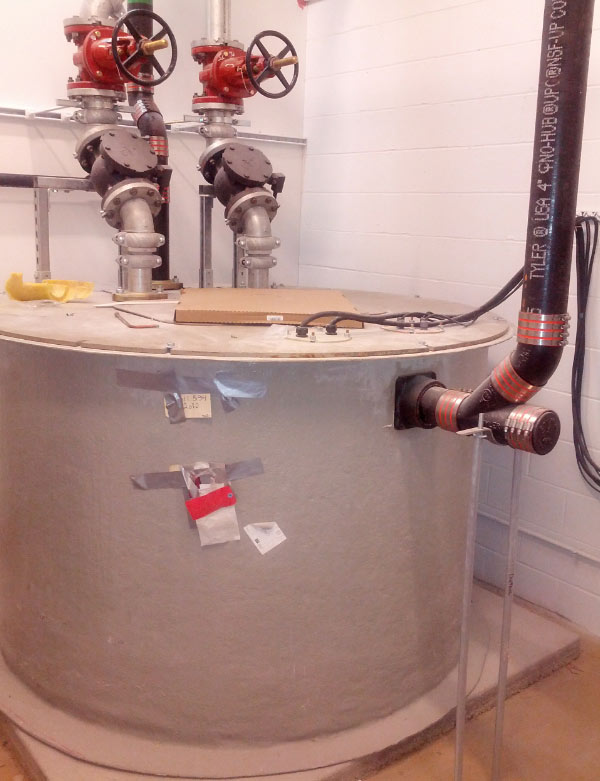 But I had to yell at them. It didn't feel good. I don't think any of us liked it, but it needed to be said. I mean, it wasn't really yelling. It wasn't even that stern, but it really felt like yelling. Really, it was just stating the facts. Which are that every day we are delayed, every day we aren't open, every day we aren't making money, we are therefore losing money. At a nice clip. It's budgeted for and we expected it but that doesn't mean we have to use it all. At this point, whenever we can save time, that's the same as saving money.

If that means we got to work on the weekends a little bit, or we have to stay a little later, well then, that's what's got to happen. I had The Staubinator [Michael Staub of Group M] deliver the harsh words. You know, good cop/bad cop. And Staub makes an excellent Bad Cop: I think he actually really likes it.

I don't know what I would do without Staub. How the hell I would get through this process. It's not easy. Let me rephrase that: it's not that it's not easy, its just really complicated. There are lots and lots of moving pieces. And I'm learning about tons of new stuff. I told you about the pipes and stuff: well today I had a meeting with Bruce from Advantage Payroll - another barn burner of a topic. It does help when the people you meet are really passionate about what they do. Bruce loves payroll, and I love that. I don't know what I'm looking for when I'm choosing all these different vendors, but I think the salesmen is very important. My father was a salesmen, and shit, I can sell ice to an Eskimo. So a good effort on the sell is important to me, just as important as the product. If two products are similar, I'll go with the guy I like more, maybe even if it's a little inferior.

Anyway, payroll is complicated and annoying and not something I really like dealing with. Let the pros do it. They can help me take care of all the tax and FICA (whatever the hell that is) and a bunch of other stuff. Don't need any Upper Crust-like problems. Keep it legit, pay my people, be happy.

Lots of stuff upcoming. Waiting on final pricing on all the equipment. It's not like just going to Sears. I was on a call with TriMark, who is getting us our price quote, and they were saying how we need to get a crane to bring the oven in and resupport the floor cause the oven is 10,000 lbs. That's right, not a typo: 10,000 pounds. WTF???? I know, but they said "Well, that's what you asked for." I don't know what the hell I'm asking for! We will see where we are at when the quote comes back. 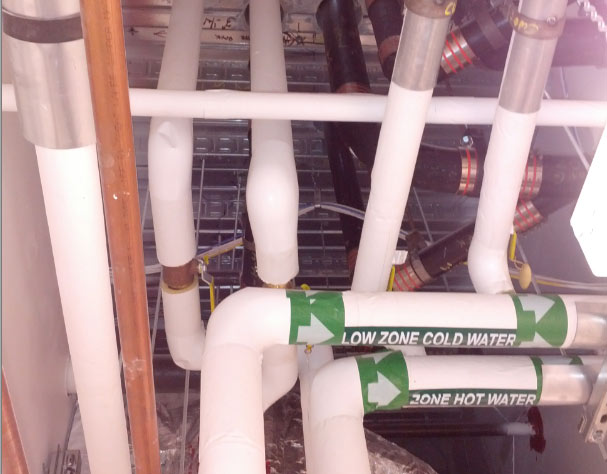 Tuesday we are going over all the finishes and such: what the bar is going to be made of, the walls, the color palette. Gonna be cool. Sally (my designer) and RODE (my architects) got their hands full.They better not screw it up: I'd hate to get my first review and we get bashed on some crazy architectural element.

Though I really like where are going with our aesthetic. I think its going to be really cool and people are really going to dig it. There is nothing really like it. Like that wall in ICOB: totally cool and nothing really like it. Although, then you have the old ceiling and Ginger Park. Kinda crazy. Anyway, what will be will be. I'll leave you with this cool saying from The Staubinator: in the restaurant world, money is made very slowly over time, but lost very quickly. See you next week, follow me on Twitter @chefnookie, and welcome Commonwealth to the party as well at @commnwlth.

The Best Things We Ate This Week: An Inimitable Dinner at Cicada