At last, the menu for Shanghai Social Club is here. Inspired by, yes, the Prohibition-era social clubs of Shanghai, the restaurant is due to open next month and previewed its menu at the Taste of Allston last weekend. The team behind it includes executive chef Bob Botchie, an alum of Myers + Chang and Erbaluce, and owner Doug Bacon, who also oversees several nearby bars, including the Last Drop and White Horse Tavern. Shanghai Social Club has taken over the former space of Our House on Commonwealth Ave., converting the casual bar into "Allston's version of opium fueled Old Shanghai," according to the printed menu. As for the food, half of the menu is an homage to Shanghai street food - think steamed buns (lions head meatball! Lemongrass lobster roll!), noodle bowls, and skewers. The other half promises a "unique take" on classics, from pu pu platters to kung pao chicken. Also, scorpion bowls. The plan is to serve food until at least 1am, according to The Improper Bostonian. A Taste of Allston attendee reports that the pork belly buns are "excellent." 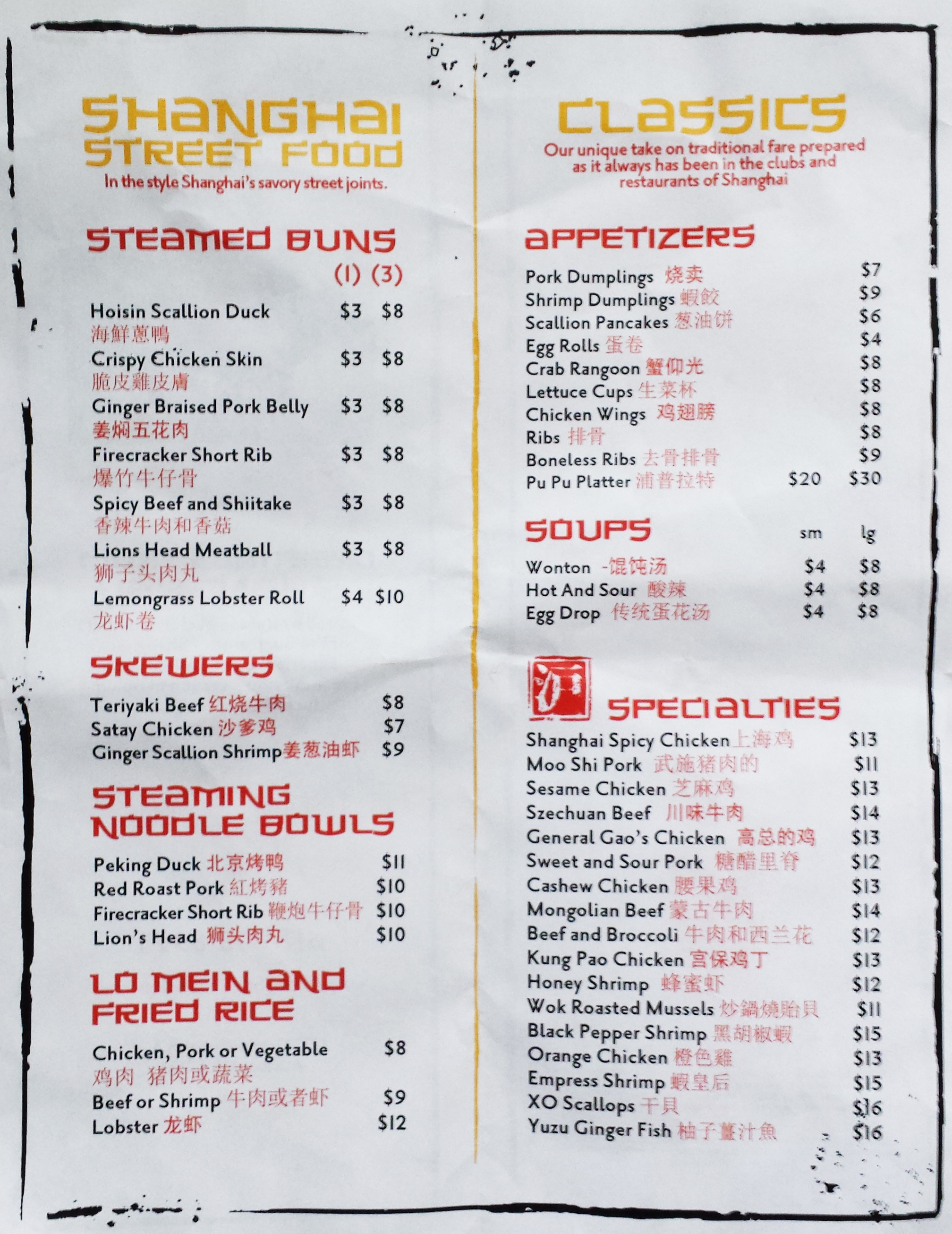