What do you get when you cross gin, Pernod, orange juice, grenadine, egg white, and toasted coriander? A monkey, apparently. "Le Singe" ("The Monkey" in French) is one of nine new "interpreted" cocktails that, along with eight "Provençal-inspired" cocktails, make up Bistro du Midi's new drink program. Le Singe is an homage to the appetizingly-named Monkey Gland, a Parisian cocktail from the 1920s named for a surgical procedure in which monkey testicle tissue was implanted into humans in an apparent attempt to increase sexual drive, which probably has the opposite effect when one's partner learns of the procedure. Other new twists on old drinks include the Nouveau Carré (Don Julio Añejo, Lillet Blanc, Benedictine, Peychaud's Bitters) and the Refashioned (Bulleit Bourbon, Luxardo Maraschino Cherry Syrup, Lemon, Regans' Orange Bitters). The Provençal portion of the list, meanwhile, features light ingredients like fresh lemon and lime juices, basil, and peppers. And probably no monkey testicles. 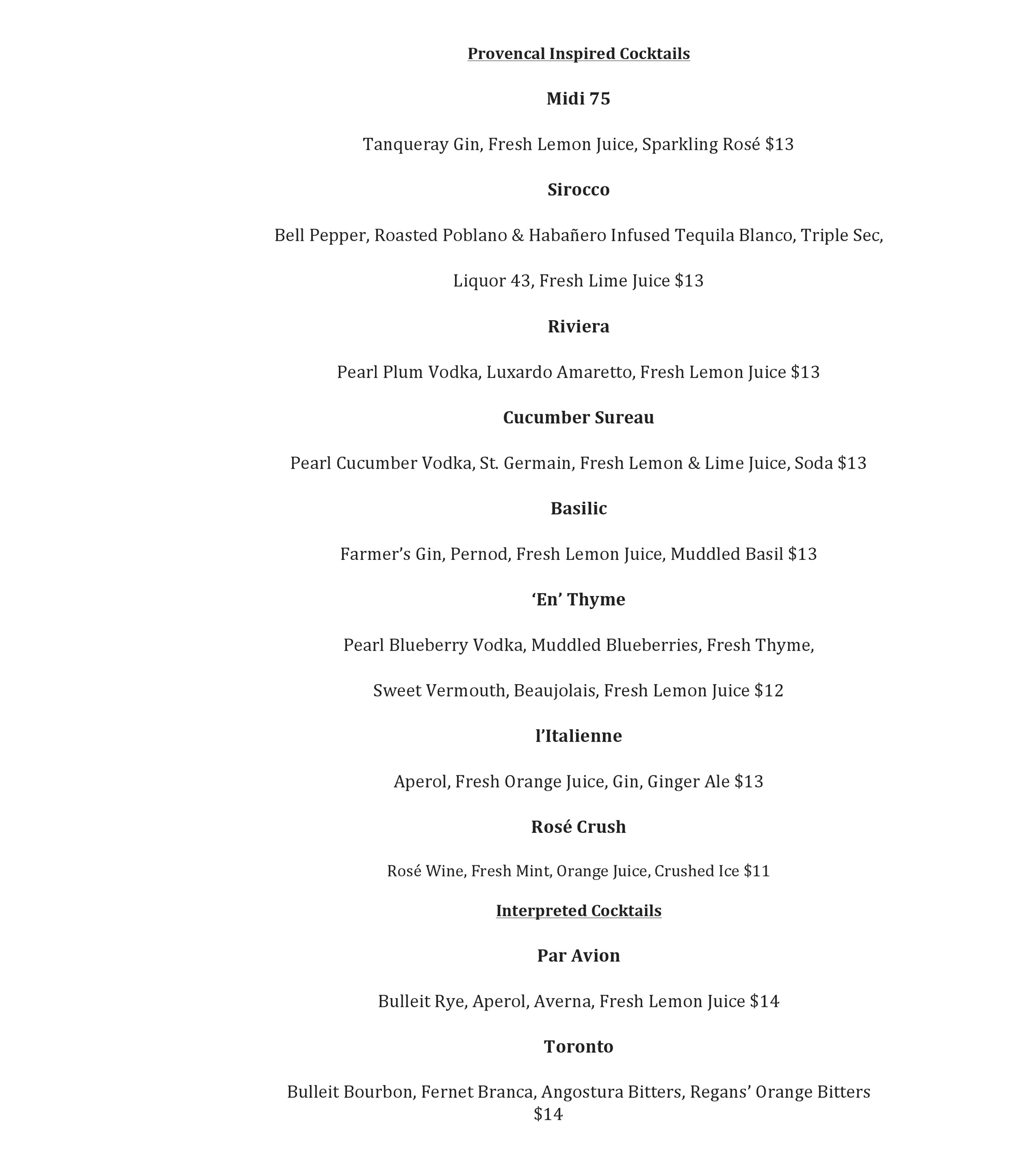 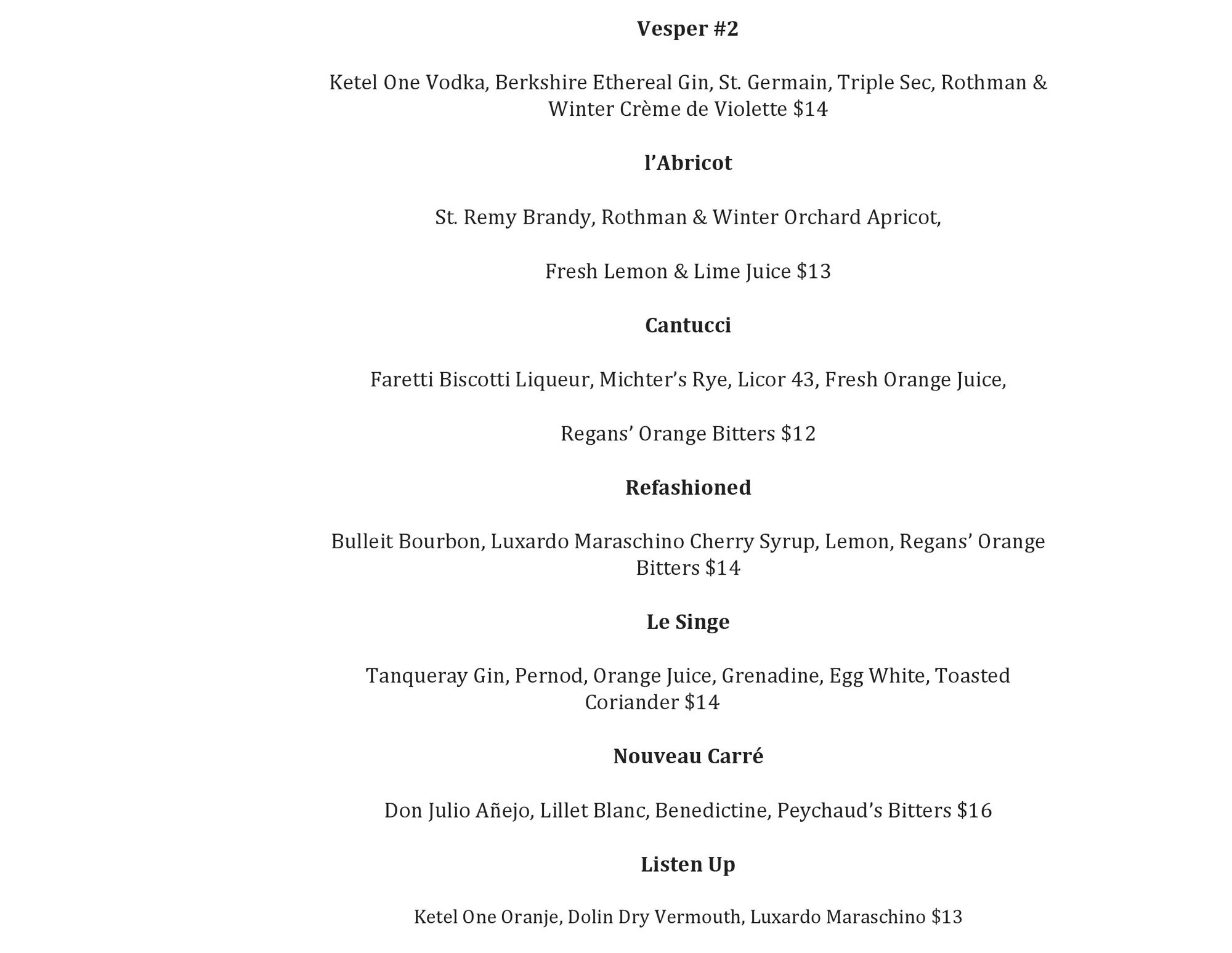