Nookie Sees Why Flood Insurance is a Good Idea

Share All sharing options for: Nookie Sees Why Flood Insurance is a Good Idea 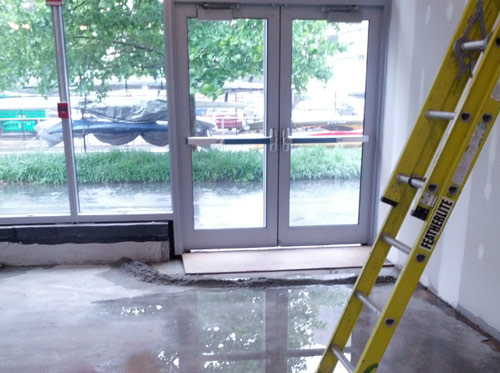 It's raining again. Who cares right? I care. Why? Well, I went by the space last Friday during the downpour and it was a swimming pool inside. It's a new building so there are still lots of quirks and kinks to work out. Old spaces have their problems and new spaces have theirs as well. All restaurants have problems: just the nature of the beast I guess. I just want to make sure it's not a situation like happened over at Otto or Lone Star Taco Bar.

The landlord has assured me that it will be addressed and taken care of. It's great to have a good landlord. There are lots out there that only care about one thing and that's money. Don't get me wrong, my guy likes money, as Commonwealth certainly isn't free, but they realize I'm a part of something larger. Turning Kendall from the biotech capital to a neighborhood. Not easy. 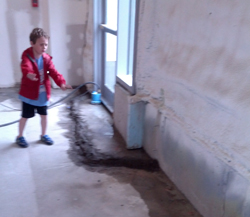 I had some more insurance meetings this week. I have another one today at Ha Lei Moon over dim sum. The whole insurance thing is a little ridiculous. Basically, I need three guys. One guy sells me disability, one guy sells me building insurance so if there is an aforementioned flood, I'm covered. And another guy does health and dental and key man insurance. Key man insurance is basically life insurance for the restaurant in case I get hit by a bus or have another pulmonary embolism. Really fun stuff. It's expensive, its mandatory and it's just what it is. Another thing they don't tell you about in the books.

Had another meeting with Rob over at POSitouch about our POS system. I got some quotes, they were Rolls Royces. I don't want a Rolls Royce of a POS system. I want a Camry. Not flashy, very affordable, reliable, will be there when you need it. I got to start saving money, and anywhere I can cut helps. It's crazy that two million dollars isn't enough money to get everything you want, but it's just not.

Our equipment number came back from Trimark. I almost had another embolism, and I don't even have the key man insurance yet. Way higher then we have to spend. Out came the red pens. Thank god for KC and Ed Doyle over at RealFood, who are helping me outfit the kitchen and do the layout. We have replaced some new stuff with used, like shelving and metro racks, and we crossed out stuff entirely. We lost the blast chiller (20K), the second easy push cappuccino maker for the waitstaff (10k), the invisible induction heating element in the market (20k) - overall we cut out about 120k. Still not there yet, but getting closer. 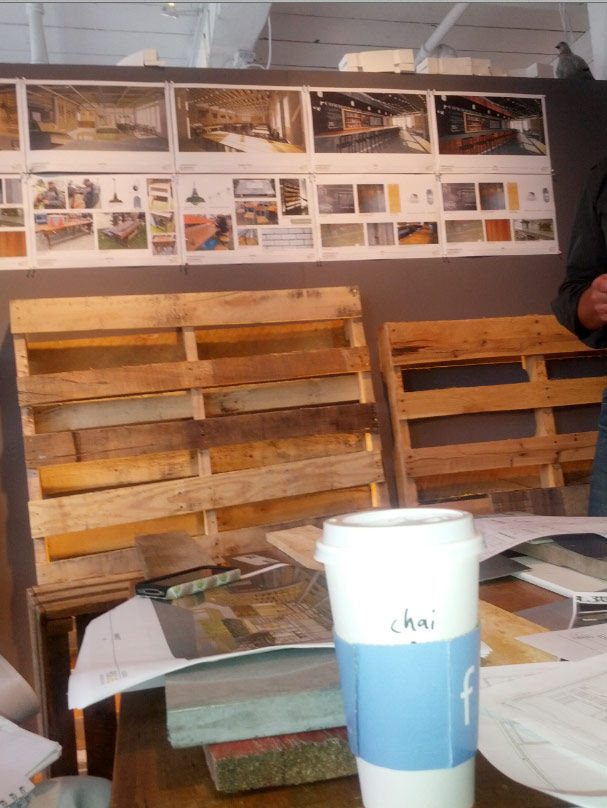 That leads us to the other huge elephant in the room. Our Cafco budget. Need to cut 200k off that one. We had a huge meeting at Rode's cool hip office in SOWA and we went through every single design element and what it's made of and, I hate to say this, but more importantly, how much does it cost. I love my architects. I put a lot of pressure on them and they have responded and feel very passionate about this space. I think more than normal. So it's hard for them to cut anything out since they created it and it all kinda flows together. The ceiling in particular: it's cool.

Old beams, recycled pallets, joists, headers and joints - exactly what I asked for. Unfortunately, it's also like 50k. Let's stop here and do an experiment. Think of your three favorite restaurants. Now tell me what the ceiling looks like. Exactly...

Maybe we sub in some really cool funky hanging lights or something like that, but I can't with any clear conscious spend 50k on a ceiling that nobody is going to remember. We have to cut somewhere and that looks like low hanging fruit to me. Other than that, we are looking good. Going to the City of Cambridge next week to get approval from the Board of Health. Permitting is rolling. We are targeting a July 7 day to start hammering nails. Then the real fun starts. Lots to do in between. Thanks for reading. Stay dry and follow me on Twitter @chefnookie and @commnwlth for realtime updates.