Here's The Menu for The Just Crust

Share All sharing options for: Here's The Menu for The Just Crust

Justice-oriented Harvard Square Upper Crust replacement The Just Crust soft-opened at the end of May, and on Saturday the restaurant held its grand opening ceremony, which means it's now officially, totally open. On the menu: a daily selection of ten pies, ranging from the standard margherita to prosciutto and egg plus slices, seasonal pizzas, in-house pulled pork (as an additional topping) and a handful of salads. The menus also incude detailed regional sourcing notes, such as Rhode Island prosciutto and New Hampshire tomato sauce. See below. 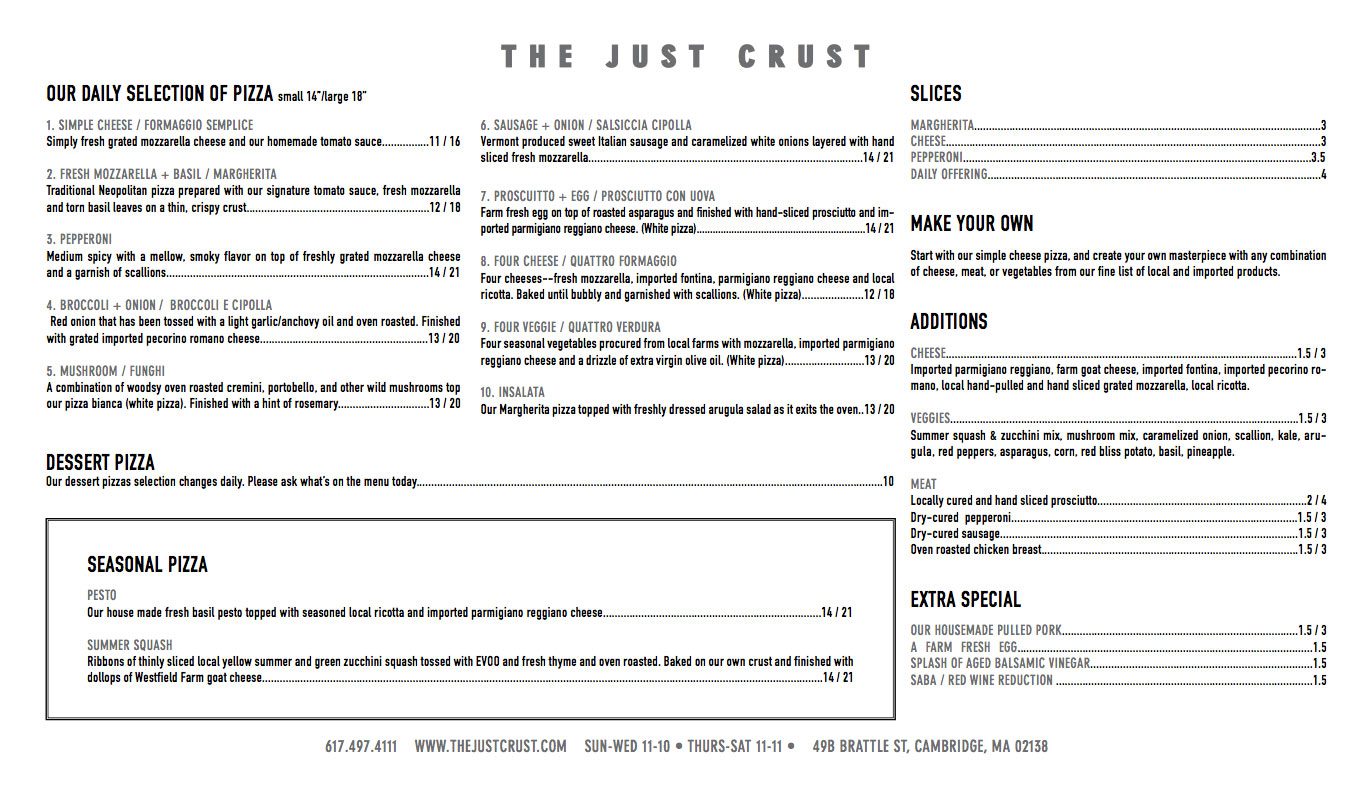 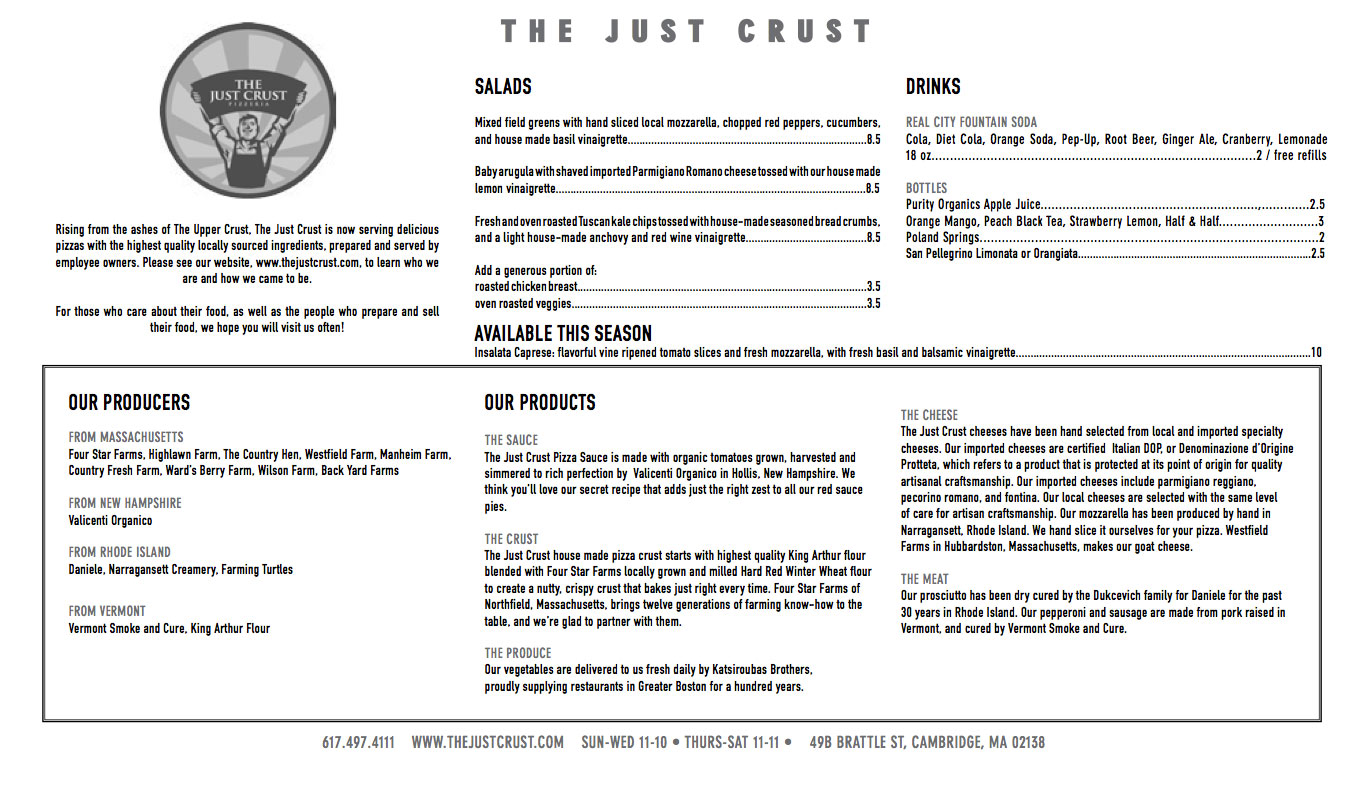