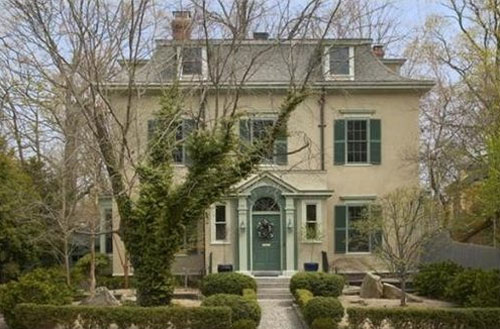 BRATTLE SQUARE - The Second Empire mansion at 66 Sparks Street traded this week for $5,000,000, making it the priciest home sale in Cambridge so far this year.
__
NORTHPOINT - The first phase of what will essentially be Cambridge's newest neighborhood broke ground this week. A 20-story, 355-unit luxury apartment tower could be joined by as much as 5 million square feet of residential, retail and commercial space near the Gilmore Bridge.

__
PORTER SQUARE - Rents for the new Wyeth Cambridge are out. Two-bedrooms start at more than $4,000 a month and 1-BRs at more than $3,000. The potentially LEED Platinum complex is supposed to open in September.
__
CHARLESTOWN - A developer has plans to turn the old, quarter-mile-long Ropewalk Building off Chelsea Street into 68 townhouse-style apartments. The conversion could hit some snags, though, including high renovation costs and preservation benchmarks.