Share All sharing options for: Nookie Learns He Isn't Special 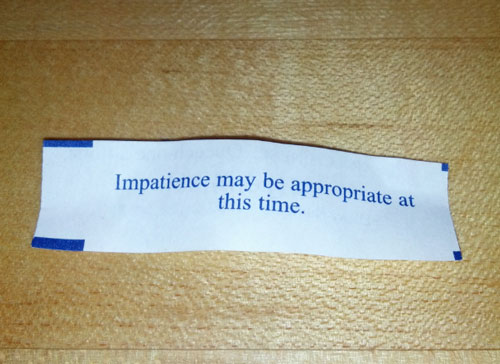 I thought I was different. I thought I was smarter, more prepared. Ahead of everyone else. "I'm gonna show them," I said. Not me. Won't happen I guarantee. Staub told me. My brother told me. My peers told me. But not me. I'm different. Nope: I'm no different. Just like everyone else. No matter what I do, no matter what I say, we are gonna be late in opening. Delayed. I wanted to be hammering nails the day I got the keys. Not happening. You wonder why you hear every single time someone opens a restaurant, it takes longer then they originally expect. You know why? Cause there is an absolute ton of shit to do.

As much as I love to think it, I am not my team's only client. They're all juggling other restaurant openings. And no one generally works on the weekends. I mean, I get it, but as a chef, I work weekends, holidays, nights - but in the regular world, that shit doesn't happen. I mean, my team is great. They will pick up when I call at 6:30AM on Saturday morning or when I text them at 11PM: they are doing a great job, but, in general, not a lot happens on the weekends. And last weekend being Memorial Day weekend, we lost another day. So I'm super frustrated, aggravated and angry. Could be the heat, not sure, but we need to kick it into the next gear. 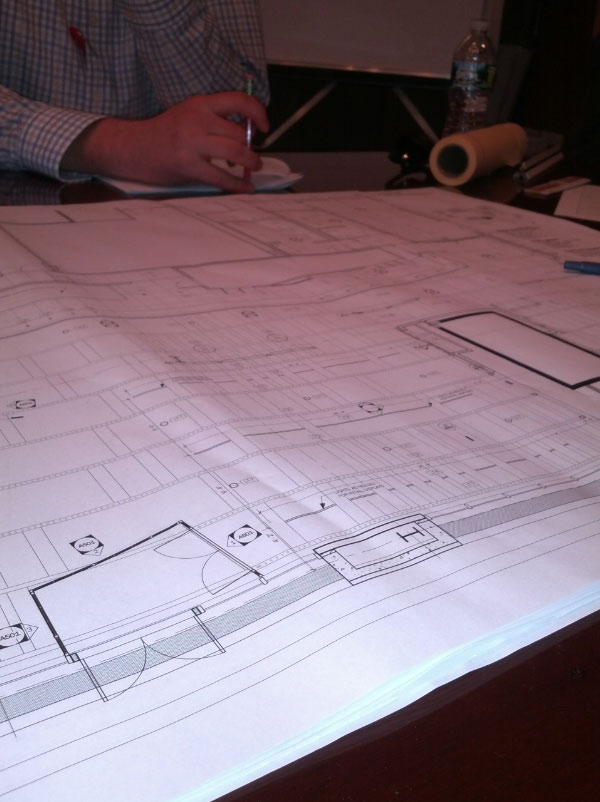 We had a meeting at Cafco this week where went through every single construction cost, line by line. It took three hours and yet I feel like we rushed the end a little. Tough to stay focused. I believe we spent 25 minutes talking about where the CO2 remote tank will go. This is the kind of stuff they don't talk about in "How to Open a Restaurant for Dummies." I'm starting to get lots of questions that I truly have no idea what the answers are. What color nails do you want? Do you want the brackets to show? Or not to show? What is your bar top made of? Do you want purse hooks?

I mean, it's like impossible to know every answer. There is just so much, and every single piece needs to be discussed and analyzed. Everything down to the urinal dividers. (I asked for a trough system but was vehemently scolded for asking. Or a wall with water running down it that you pee on, but I was told no.) It's just a lot going on right now.

I had another very un-sexy meeting today: POSitouch. Whoa??exciting. These are POS systems for the servers to use. To go handhelds, or not? How many terminals do I want for the servers? There are basically thee companies that do this: Micros, Aloha and POSitouch. And this stuff isn't cheap. I think it comes down to this: I'm looking for one of these guys to kinda be like referees. Felt and always there, but never seen or heard. I want to never have to call them at all. I just want it to work. I have heard and had horror stories about POS systems going down, and the last thing you want to do on a busy Saturday night is to have to go handwritten tickets and figure out tax on a calculator. And it happens to everyone. Whoever I think this will happen to the least, that's who will get the business.

We went to permitting on Tuesday, so now it's in the City of Cambridge's hands. Once they approve and get my massive check for permits, (which is totally ridiculous that I have to pay a shit load of money to do construction but we aren't going to get into that), then I can start. They have gone to an all digital system recently, so hopefully there are no kinks and I get pushed through quickly. Once I receive my permits, I'm good to go. Should take around three weeks. While that's happening, we need to get everything lined up. Every detail need to be decided so we can get exact pricing and so we don't run into change orders. That is when it gets expensive. I have been told it's better to wait till everything is done properly and then start as opposed to just starting and figuring out on the fly. Either way, we won't be hammering nails by June 1. A little disappointing, but what can I do? Press forward and try to get stuff done as quickly and efficiently as possible. Hopefully, next week is a more efficient and fruitful week. Have a great weekend, and we will see you next week. Follow @chefnookie for any and all updates.