Share All sharing options for: Mission Cantina of Amherst Coming to Brookline

Mexican restaurant Mission Cantina of Amherst, MA is opening shop in Brookline in the former home of Beacon Street Tavern with the former restaurant's owner remaining in charge. A word on the original Mission Cantina: the intimate restaurant makes its own tortillas, prominently features tequila and mezcal and cocktails based on both, and is regularly packed. Will it enjoy similar success in a more urban setting? Time will tell. The expansion has been rumored since Beacon Street Tavern closed last month, and now Boston Restaurant Talk and Wicked Local Brookline confirm it, finally putting an end to speculation about a possible "Kosher, gluten free, raw foods concept offering salads and meatballs." See below for the original Mission Cantina menus. 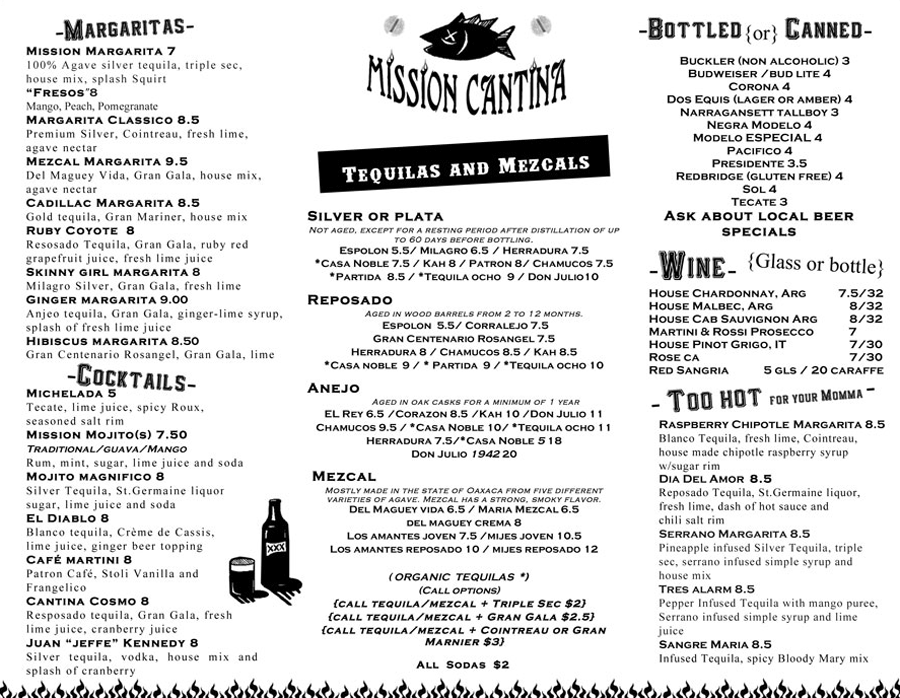 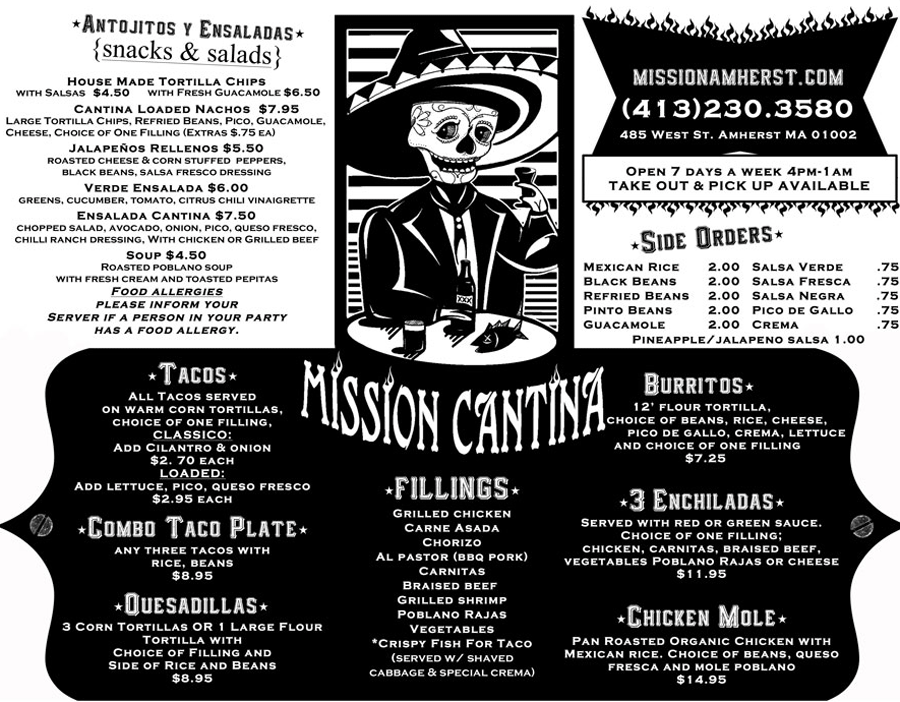