Share All sharing options for: El Pelon Chile-Eating Fundraiser Nets $800 for OneBoston, Is Agony for Contestants

Last night, El Pelon Taqueria held the finals of their annual Fiery 15 Hot Chile Eating Contest. For the past several weeks, would-be finalists met at El Pelon to see if they could eat fifteen roasted habanero peppers in fifteen minutes. Those who did met at owner Jim Hoben's Fenway shop to see who could consume the most peppers and earn the right to a free burrito a day for a year. They were flanked by two "amateurs," who entered the contest that evening. The amateurs were not eligible for the grand prize.

The winner of that honor was finalist and proud vegan, Colin Smith. Smith came to his victory quickly when the only remaining finalist, Meaghan Slattery, decided to drop out after 6 chiles. When asked why, she responded that, having qualified for the event, she "knew what was coming" if she ate any more. 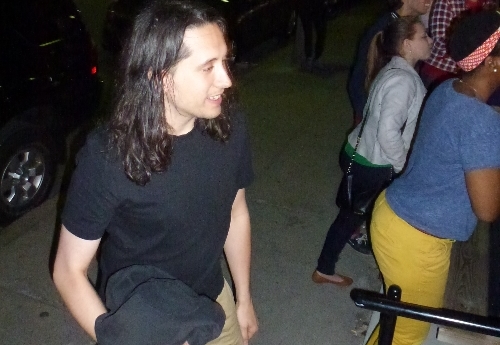 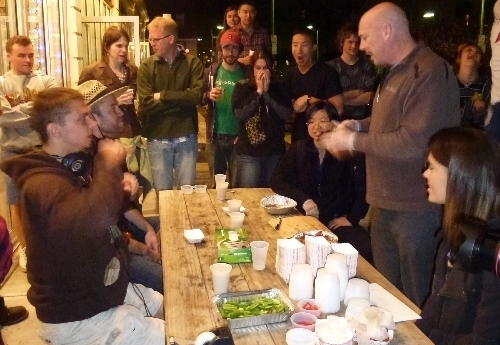 "Why, what's coming?" Asked amateur contestant, and bartender at The Hawthorne, Dan Lynch. He and other amateur, Artur Malinouski of Mission Hill continued until Malinouski dropped out after 29 peppers. Incidentally, this was Malinouski's first visit to El Pelon. When informed that last year's record was 61 peppers, Lynch, fueled by additional donations from the crowd to OneBoston, soldiered on until he swallowed his 62nd pepper. All told, $800 was raised in entry fees, shirt sales, and a donation from Hoben. 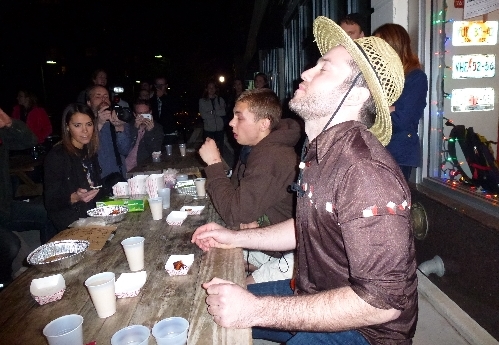 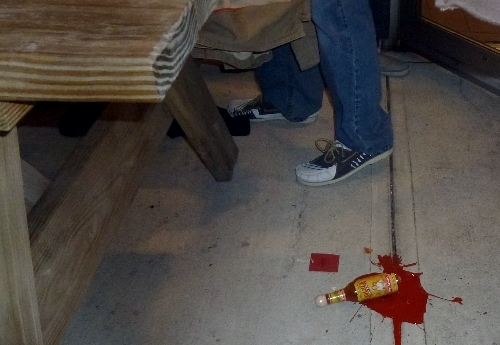 No word today from Lynch how he's feeling, but a photo from last night's event gives one an idea.