Nookie on Juggling a Restaurant Opening and Family Life

Share All sharing options for: Nookie on Juggling a Restaurant Opening and Family Life 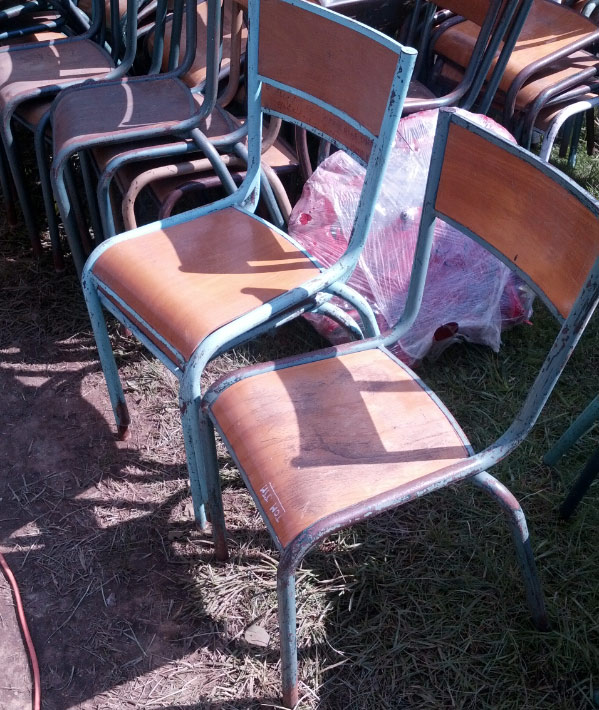 The week started innocently enough. I went over to the new Flour and talked with Joanne Chang. Not about sticky buns or her preference on flour or how come her rice crispy treats are so much better then mine. Nope: we talked about handhelds. And before I go any farther, is there a nicer, sweeter person in the entire city? I mean, our industry - let's face it - it's not exactly filled with the pillars of society. There are many many great people, but there is certainly a fairly good amount of riff raff in there. Joanne aint the riff raff. She's the most humble person in the industry, but smart as a whip. Although I've never worked for her, I look up to her and she has many qualities that I strive for. I'll spare you further sappiness: we spoke about the pros and cons of handhelds. Pretty sexy, I know. Think I'm going to get them. It means I plan on being pretty busy. That is the goal, after all.

I just read the column that Tony Maws is now writing monthly. It's a cool idea to write a monthly piece (little sarcasm there). It made me think about all the restaurants that are opening this fall: Michael Scelfo at Alden & Harlow, Tony Maws at Tap Room, or whatever it's called [The Kirkland Tap & Trotter], Tim Maslow at Ribelle, and now Barry Maiden is opening State Park. Ohhh, and me. I want them all to be awesome and wildly successful, and I hope the world for them, but I can't forget that we are all competing. For those lists. Those damn lists. Best of this and best of that.

Maws is right: "best of" is so subjective. My food can't compete with a Craigie dinner, but that isn't what I'm trying to be. I'm trying to strip the pretentiousness out of food (not that Craigie is pretentious, but it is fancy). I just want to do simple, great, awesome food. No bells and whistles: just buying the best, simplest ingredients and serving them simply prepared. That's it. That excites me. Because that's the way I like to eat. I love going out and eating some killer innovative food, but more nights then not, my dinner consists of three ingredients. That's what Commonwealth will be in a nut shell. But I will have some boards as well. Speaking of which, I just got back from Brimfield. 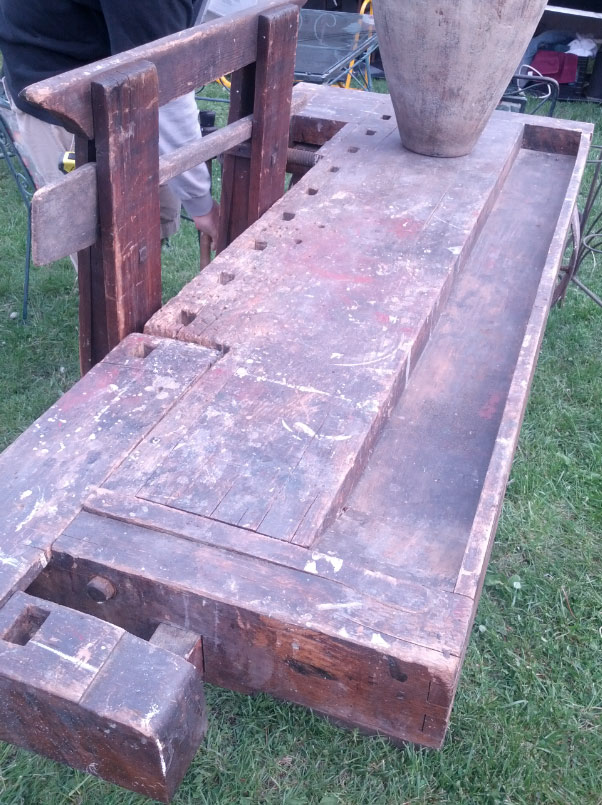 Why? Because Brimfield is like the Superbowl of flea markets. It's insane. They have everything, and I'm talking everything. We left at 4:30AM, and the "we" consists of my two architects, Ro and De of RODE - they are great architects and are doing a great job, but I think they could have come up with a little more creative name - along with Sally Peterson (designer to the stars) and Leah Mennies, food editor for Boston Magazine. Me and my entourage: we were intimidating. Not sure who was Turtle...

We had a plan, measurements, a stack of cold, hard cash and the determination of a tiger. We needed to get some cool farm tables for the market. There are three options for this stuff: you can buy it at a store like Crate & Barrel or Restoration Hardware. (Expensive.) You can have your contractor make it. (More expensive). Or you can find it yourself. (Cheapest!) So the more items we can find on our own, the more money we can save. I hate shopping, but this was awesome. I pictured my entourage on one shoulder and The Staubinator sitting on the other, angel-devil style. 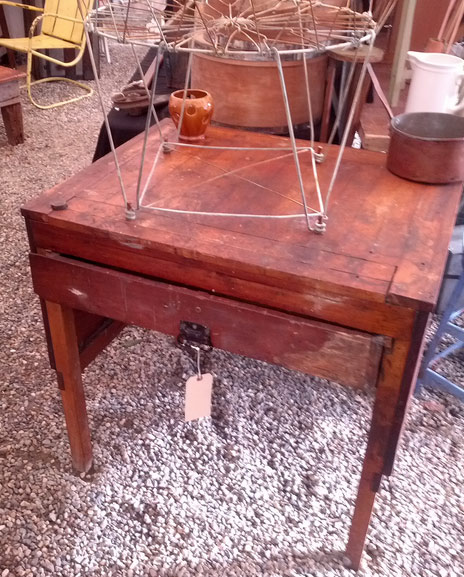 They were like, "Buy it! Come on!" And Staub is on the other side, giving me one of those pattented Staubinator "I'm not mad, just disappointed" looks, and saying "Don't do it, we can't afford it." We ended up buying three cool square display tables, two awesome old work benches with vices on them, 115 school chairs from Belguim and an eleven-foot chef's table that has reclaimed bowling alley flooring as the top and a base from the Ford factory in Ohio. Trouble is, we couldn't fit it all in the truck I rented. So I had to go back the next morning at 5AM. I'm exhausted, but no time for rest.

Back to the fight. Well, it wasn't a fight. It was an accident. It was my wife's fault, but it was also my fault. When I started writing this, I said I was going to tell it all. The good, the bad and the rest. Today was the rest. My wife accidentally recycled my brother's investment check for the restaurant. It was for a lot of money. I was going to take it to the lawyer today, and I shouldn't have left it until today, but I did. And in cleaning up the house, it got tossed. I felt sick to my stomach. Wanted to barf, cry... both. I had to call my big brother, someone I look up to, and tell him the huge chunk of money that he gave me, that he invested in me, that he trusted me with... well, I threw it in the garbage. Yeah, that sucked. Really, really, really sucked. I cried. Luckily, it wasn't cashed, and he stopped payment on it and he was really cool about it. I'm sure I'll hear about it for a long time but, wow, what a crappy feeling.

Opened a bank account today. Kinda anticlimactic. Cambridge Trust. Local, close branch, nice people, it's a good fit. Plus we got a line of credit, so that doesn't hurt. Bought the tables today, they are pretty cool: Amy is making them for us out of pallets. Anyway, I got to go watch some Game of Thrones with the Mrs. and try to get some good, quality family time. If my phone rings, I'm not going to pick it up. Right away...

How to Celebrate Lunar New Year 2022 at Boston-Area Restaurants