What Nookie Is Missing The Red Sox For

Share All sharing options for: What Nookie Is Missing The Red Sox For

Former Fenway Park executive chef Steve "Nookie" Postal returns with another installment of On the House, an Eater column that goes behind the scenes of the restaurant business, written by the owners, operators, chefs and others who make our favorite establishments tick. Nookie weights in once again on the experience of preparing to open two Cambridge restaurants: Commonwealth and Steinbones. Here's part three. 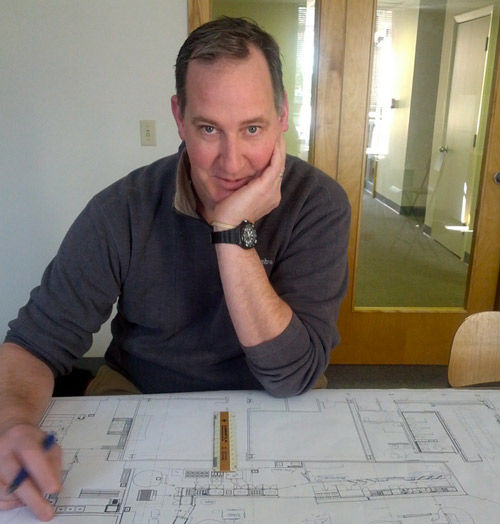 Yesterday was kind of a tough/ awkward day for me. Opening day at Fenway: bittersweet. I mean, don't get me wrong - I don't regret my decision to leave but, well, yesterday was tougher then I thought it would be. I didn't go to the game. I chose to pick my son up from school and watch him play on the playground. I think I made the right call, but I wish I got to watch Buchholz spin a gem. I knew there would be days like this, but as I recently heard via tweet from @Mmsapps, it's on to bigger and better things.

And bigger and better it is. Busy week. Lots of meetings. Some good progress, some not so good. On Thursdays we have a standing meeting with the whole team to assess where we're at, to look at the kitchen and layout design and at our directions moving forward. Craig from RODE Architects, KC from RealFood (pictured above), me, Nicky Bean, my partner, and of course, The Staubinator. (He gave me a ration of shit for the nickname but I think deep down he actually likes it.) I also think Staub has taken quite a liking to me. I mean, I know I annoy him as I call him first thing every morning while he is walking the dog, even when I don't have anything to say. When this is all over, I bet he'll miss my 7AM wake-up calls about nothing.

This week is about getting the monies into escrow so I can start actually spending it. Here is the thing with investors: lots of people will tell you they will invest, but when it's go-time and it's time to put that pen to a check, things change. So far I've been fortunate on this front, but I won't be surprised if I lose one or two. It's tough to get investors. Well, let's back up. You need three main things to open a restaurant: a business plan, investors, and a location. Problem is, they're all connected. You can't write a business plan without a location, you can't get a location without investors, and you can't get investors without a business plan. It's a bit of a juggling act and you're asking your investors to juggle along with you until the pieces all come down in place. My pieces are all in place, so now it's time to write the checks.

I'm personally already in for over 50k. If this baby doesn't happen, and there are occurrences where that happens, I'm up shit's creek with a turd for a paddle. That's not going to happen, but it could. No one thinks it will happen to them, but it does. Speaking of preparing for the worst: insurance talks. Wow, they are enthralling to say the least! Necessary, but boring.

Had another big meeting this week with Ed McCabe of Cafco Construction, the Rolls Royce of contractors. Flour, Craigie, Trade, Sweet Cheeks: these guys don't mess around. They have an outstanding reputation in the city for a) opening exactly when they tell you and b) right on budget. Unfortunatly, that budget is higher then all other contractors. But you get what you pay for. If I'm going to drop over a million bucks on a contractor, I'm not going to skimp.

Got a big week coming up, too. Logo design and branding begins with Rory from Oat. These guys have an impressive portfolio and do wonders with graphics. Going to Washington, D.C. for the weekend for a wedding with no kids, so that is super exciting. I mean, I'm excited to go to D.C., but I'd be just as excited to go to Lowell for two nights without my kids. Love them to death, but damn, I need a break sometimes.

Restaurant plans are getting closer to completion and key staffing positions are starting to come into picture. Met with some great people so far and am excited for the team to start to come together. Ohhh, and then there is Steinbones, still bubbling away in the background. I've been doing recipe testing all week, and next week I'll be smoking some serious meat for samples and for the Harvard Science Fair. "Man-o-Man-o-Manischewitz" barbecue sauce is in the works: it's good. What the hell do they put in Manischewitz, anyway? Reminds me of drinking Mad Dog 20/20 in high school.

That's all for now: hit me up @chefnookie with any recommendations for places to eat in DC. Go Sox...

· All On The House Coverage on Eater [~EBOS~]
[Photo: KC/Official Site]