So That's Where Restaurants Come From

Share All sharing options for: So That's Where Restaurants Come From

On the House is Eater's column that goes behind the scenes of the restaurant business, written by the owners, operators, chefs and others who make our favorite establishments tick. As part of a new ongoing On The House series, former Fenway Park chef Steve "Nookie" Postal weighs in on his experience of preparing to open two Cambridge restaurants: Commonwealth and Steinbones. Here's part two. 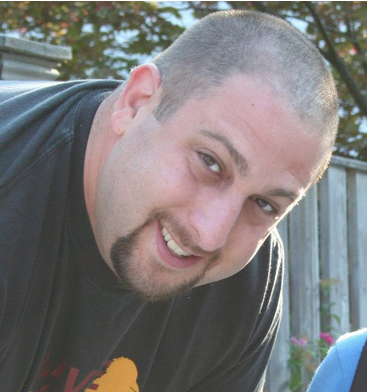 When I first made the decision to leave Fenway and open my own restaurant, I went to the person who I knew best who had already done it: Ana Sortun. I worked with Ana for almost seven years and respect her opinion greatly. Over pupusas and mulitas at the now-defunct Tacos Lupita, we talked about all the things I needed to do in order to make this happen, and before we left she said something to me that I'll never forget. She said opening a restaurant is like having a kid: it never goes away. When you are on your day off, on vacation or sleeping, it's always there and always needs constant attention. I got three kids - I know about constant attention. That was kinda scary to hear, but I already had my mind made up.

She put me in touch with Michael Staub of Group M. Michael is kinda an obstetrician for opening restaurants. He helps find a location, negotiate a lease, raise money, set up all your systems, help with the business plan. Pretty much he guides chefs like me towards their goal. He does all the not-sexy things it takes to open a restaurant, although if you ask him, that is the sexy stuff. The dude loves spreadsheets, what can I say. Anyway, most of the big chefs in the city used him. If you have enjoyed a meal in a chef-driven, independent restaurant, there is good chance that The Staubinator is behind it, somewhere.

I had four main criteria for my restaurant: must have outside seating, must be on the Red Line, must have parking and must must must be in Cambridge. The problem is that didn't exist. Fast forward two years.

I have looked at Casablanca, Meadhall, CCTV in Central (which was my absolute favorite), the space that became Gulilia, Kaya... I spoke to bed and breakfasts about selling and converting into a restaurant, and I even had talks with Pemberton Farms about putting a restaurant right in their garden section. None of it worked. Most of it was financial. The deals just weren't right for what I wanted to do. It was epically frustrating.

My phone rings one day and it's Jesse Baerkahn. He is a lawyer/retail guru/coffee snob/ sweater vest-wearing good guy. He was waxing on and on about how Kendall was this up and coming area and blah blah blah.. come down and check it out. So I did, and loved it. Problem was it was just an empty lot where there is going to stand a 17-story residential building. I said I'd take it and wait. And so the waiting has begun and will cease on June 1 , when I finally take control of the space. In between, I spent some time researching exactly what I wanted to do. Took a trip around the world courtesy of Bravo and showed the world I won't be entering the Boston Marathon anytime soon, but all the while I have been waiting for my space.

Well, it's almost here. On June 1, we start hammering nails. Now the cast of characters begins to grow. Up until this point, it's just been me and Michael? enter the architects, kitchen designers, insurance agents, contractors? (I'm skipping a little as this isn't a biography of my life but here is where we stand now so that going forward you will be all up to date.) I have chosen some of the best people to work with so far: RODE Architects, RealFood Food Service Consulting for kitchen design, Big Lew Sassoon - lawyer to the stars - and of course Michael Staub. I have raised about 2 million dollars, which is a shitload of veritable hand jobs and bjs I had to give out to get that. I'm not really going to talk about the raising money part to protect the anonymity of my investors but know this: it was hard as hell to raise that much.

Oh, and if that isn't enough, Steinbones starts to come into the picture. Jew?ish BBQ. We can go into that next week. Happy reading and next week we go live on updates. Follow on twitter for extra crap @chefnookie and pictures of all the people and things that go down. And thanks for reading.

· All Coverage of Nookie on Eater [~EBOS~]
[Photo: Twitter/@chefnookie]