Nookie on Getting Back to Work

Share All sharing options for: Nookie on Getting Back to Work

Former Fenway Park executive chef Steve "Nookie" Postal returns with another installment of On the House, an Eater column that goes behind the scenes of the restaurant business, written by the owners, operators, chefs and others who make our favorite establishments tick. Nookie weighs in once again on the experience of preparing to open two Cambridge restaurants: Commonwealth and Steinbones. Here's part four. 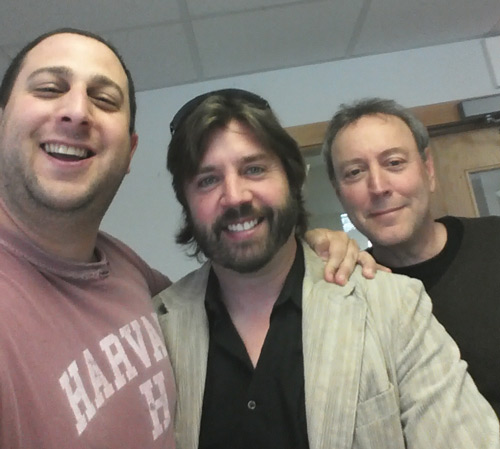 You know, sometimes, life just sucks. I want to just sit in a corner and cry. Hug myself and just think about what kind of fucked up place this is. I'm sick to my stomach. I'm probably exactly where whoever did what they did wanted me to be. But I can't just sit around and feel horrible for the victims of this terrible attack - I need to go back to life. I have deadlines that need to be made and plans that need to be submitted. I felt like such an asshole today because I had to resume my life and move on. I felt like an asshole when I called my architect and found out that he and his children are really good friends with the eight-year-old boy's family, and then I have to say, "So where are we on the ceiling and duct work?" That's fucked. I feel like shit, but have no choice.

Back to life for me, no time to wait. Clock is ticking and I need to be moving. I can't afford to open late or be delayed. I negotiated hard with the landlord for seven free months of rent, and I can't waste that precious time; it could be make or break in the first year for me. Everyone needs to move on. I guess that's the only thing we can all do. I can't watch tv any more. Can't check CNN or Twitter for new updates. I feel like shit, I'm sorry, and if there is anything I can do, tell me, but now it's time to get back to work.

That said, last week was a good week. I had a very productive design meeting. The market is really taking shape. The flow is starting to feel good. Equipment is being plugged in, ice cube size is being determined. This is some of the good stuff: when opening a restaurant, you mostly think of the fun stuff, like actually designing the space. And it is fun. I've never done it before, but I have to say I think I'm pretty good at it. I mostly keep quiet and let the pros do the talking, but I'm following along.

I met with Oat, the logo and designers, and started them on their stuff. That means droping half the payment off. Personally, I'm now in for almost 70k and we haven't picked up a hammer yet. Staubinator, I know you read this: this shit better work...[That's Michael Staub of Group M]

One thing that stands in my mind as I share some thoughts is that I'm not your typical chef. I mean, I don't really drink, I don't love the late night party scene, I don't have any tattoos, and I'd actually rather just be hanging out with my wife and kids. Is that weird? I guess it kinda of is. Ohhh, I also hate Fernet. That's right, I said it. I hate it...fucking hate it. Shit is gross. Don't know why people drink it. But I love food. Love the industry. Love the people. Love feeding people and making people happy with food. That we have in common. I have a true appreciation for the craft of cooking and will be a student for life, never getting complacent and always trying to be better.

I feel like I have a good reputation in the city. I mean, some people may not like me cause I was kind of a jerk on tv, but that was a just a show. Don't get me wrong: I am kind of a jerk, but I'm not sneaky - I'll do all that shit right in front of you. And Bravo is excellent at creative editing. People are also a little hesistant that I worked at Fenway, like, what, all you cook are hotdogs? Heh heh heh. Well, asshole, I have done quite a bit more. Sometimes I wonder where I would be if I never left Oleana. Then I think about all I have done and seen and learned and wonder how that would have been different. Anyway, I think the people in the industry know I am a good and decent guy and I'm excited to finaly be able to show everybody out there that is the case.

· All On The House Coverage on Eater [~EBOS~]
[Photo: Nookie, Eric from RODE Architects and "The Staubinator"]