What It Means to Work in a Restaurant Right Now

Share All sharing options for: What It Means to Work in a Restaurant Right Now

A Cambridge restaurant employee who has asked to go by the name of J. Ray writes in to share some thoughts about what it means to work in the industry at this point in time. 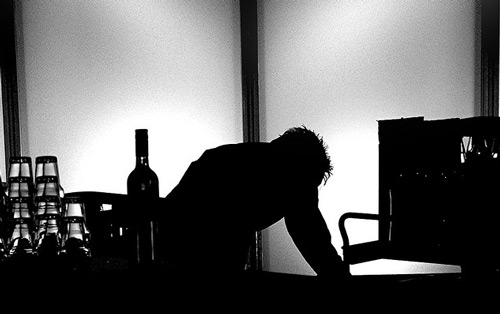 I spent six hours of today working the host stand. That was six hours with zero access to any media outlet. At 4PM, my phone was zipped away into my backpack, not to be pulled out again until the end of the shift. Six hours unconnected: no television journalists, no constant refreshing of Facebook and Twitter, no "you ok?" texts. It was the most-needed six hours I've experienced after all that has changed.

It was six hours spent in the company of people enjoying food, drink and one another. I work in Inman Square, away from major tourist hubs, across the river from the terrible, ongoing story. Today, here in our separate world, we were scolded at premeal for being caught with phones in our aprons. Today I sat a lovely table of six elderly people, couples and friends with decades of history. Today the kitchen got pissed when I sat a walk-in party of ten at 8:30PM when it was looking like an early night. Food got sent back. Dessert plates were wiped clean by sticky fingers looking for one last sweet bite. There was nothing but hearty chatter, clamoring plates, and a Ray Charles Pandora station playing. It was the first period of normalcy I've felt in the past two days.

Restaurants provide a celebration of living, and a damn tasty duck dish to go along with it all. On the flip side, they provide us industry workers with the opportunity to act the way we do, in our unique habitat, no matter what outside noise is going on. We were teenage brothers and sisters again, teasing the young garde manger with Justin Bieber hair, spending way too much time talking about the new plot twist on 16 and Pregnant. All while the familiar runner call echoed in the background. I heard that call two days ago, and I will hear that call tomorrow. I'm grateful for the sureness of that.