Former Nix's Mate chef David Nevins has been named as the new culinary director of the Neighborhood Restaurant Group, which operates Biltmore Bar & Grille in Newton and the Local 149 in South Boston. A press release says to expect "new twists on gastropub fare studded with hints of Nevins's deft touch with seafood" at both venues as a result of the new hire. New to the Local 149 menu: chickpea stew with seared chorizo, shaved brussel sprouts, cilantro and jalapeno salsa; heirloom carrot salad with date paste, cumin croutons and ricotta salata. Previously, Nevins also worked at Olives, Kingfish Hall and Neptune Oyster. See below for the revamped menus from both the Biltmore Bar & Grille and the Local 149. 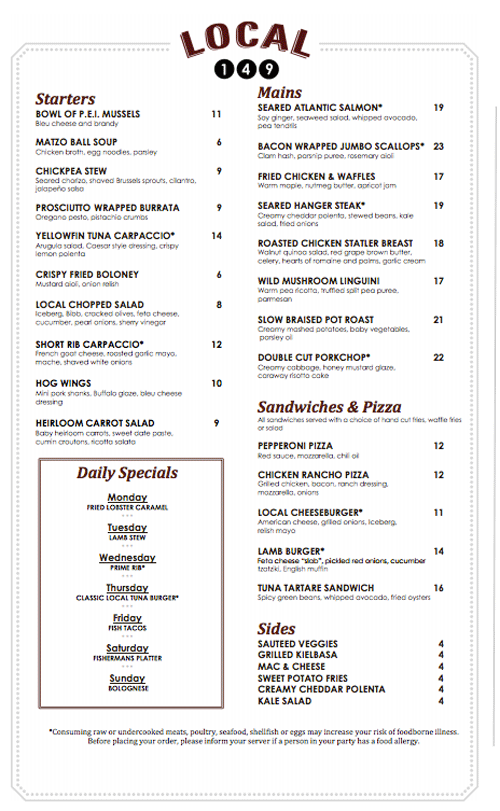 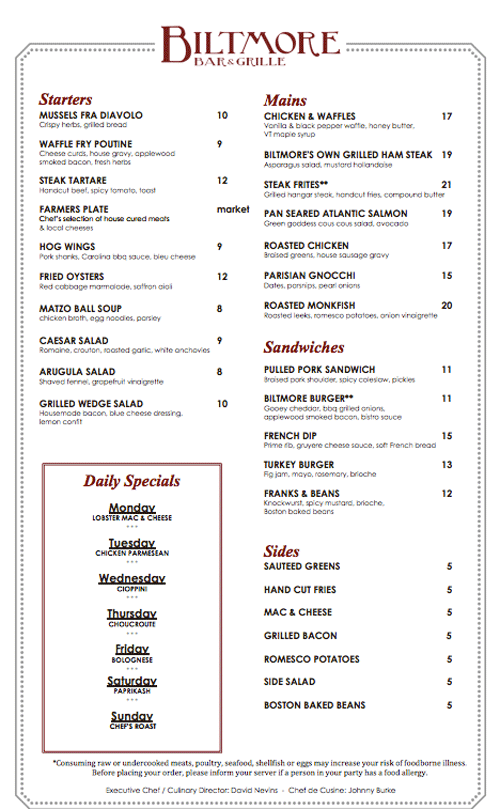