Presenting The Menu for The First Shake Shack in MA

Share All sharing options for: Presenting The Menu for The First Shake Shack in MA

The first Shake Shack in Massachusetts opens tomorrow in Chestnut Hill, and its full menu is now available online. The Chestnut Hill Shake Shack will serve the New York City-based company's standard array, including burgers, frozen custard (in shake, cup, cone, and concrete form), split and griddled hot dogs, fries and Shake Shack-exclusive beer and wine, from Brooklyn Brewery and Frog's Leap in Napa Valley. Yes, there are menu items for dogs: this is Chestnut Hill, after all. There will also be a few offerings specific to this location and found nowhere else in the world.

So don't go looking for a Revere's Tracks concrete (vanilla frozen custard, cheesecake blondie, peanut butter sauce and chocolate sprinkles) at either of the two locations of Shake Shack in Istanbul. And you won't find the Lobstah Shell concrete (vanilla frozen custard, lobster tail pastry shell sourced from somewhere in the North End, strawberry purée and ricotta cream) at any of the Shake Shacks in Kuwait City. Also particular to this first MA location is a partnership with local non-profit Birthday Wishes, which creates birthday parties for homeless children and which will receive five percent of all Lobstah Shell concrete sales. 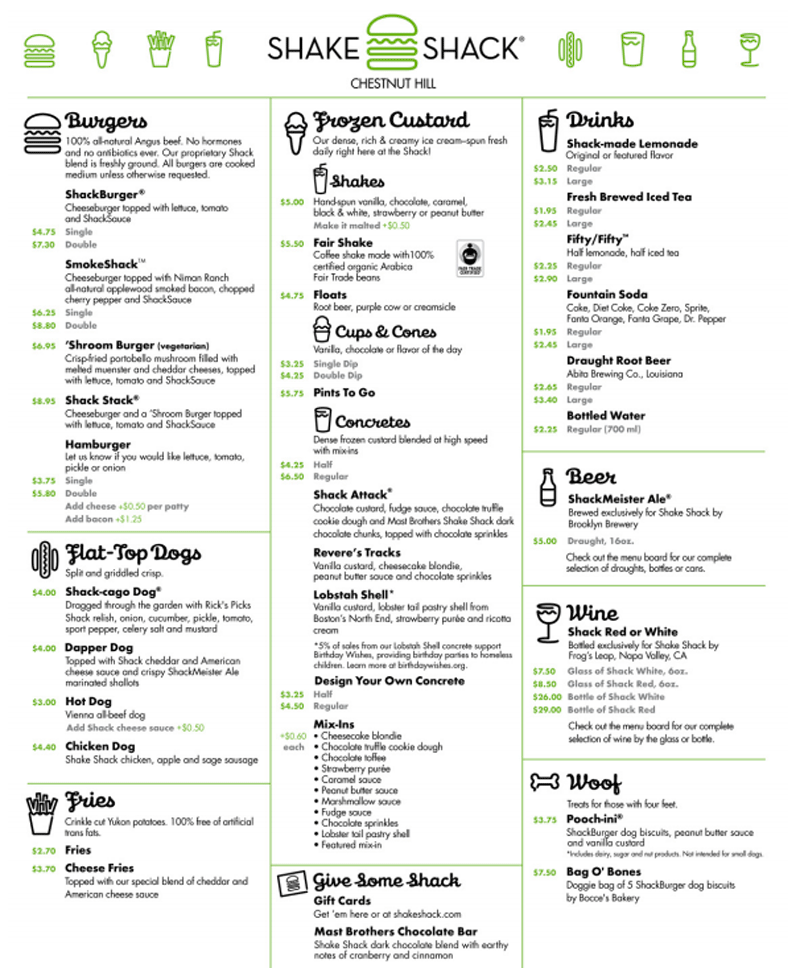