What was once a KFC is now Lotus XPress on East Broadway in Somerville. Lotus Xpress is a father-son venture featuring chef Michael Chen, whose previous experience includes Changsho in Cambridge. The Lotus XPress menu features everything from sushi to udon and ramen, as in the spicy miso beef ramen. While Lotus Xpress passes the crab rangoon approachability test, Chinese-Chinese aficionados and food nerds will also be excited to see dishes like mala shrimp and ma po tofu. The Somerville Patch reports that Lotus XPress quietly opened at the end of last month. The owner previously told Eater that it would be serving xiao long bao: "soup dumplings" don't appear on the menu listed online, but stay tuned for confirmation. 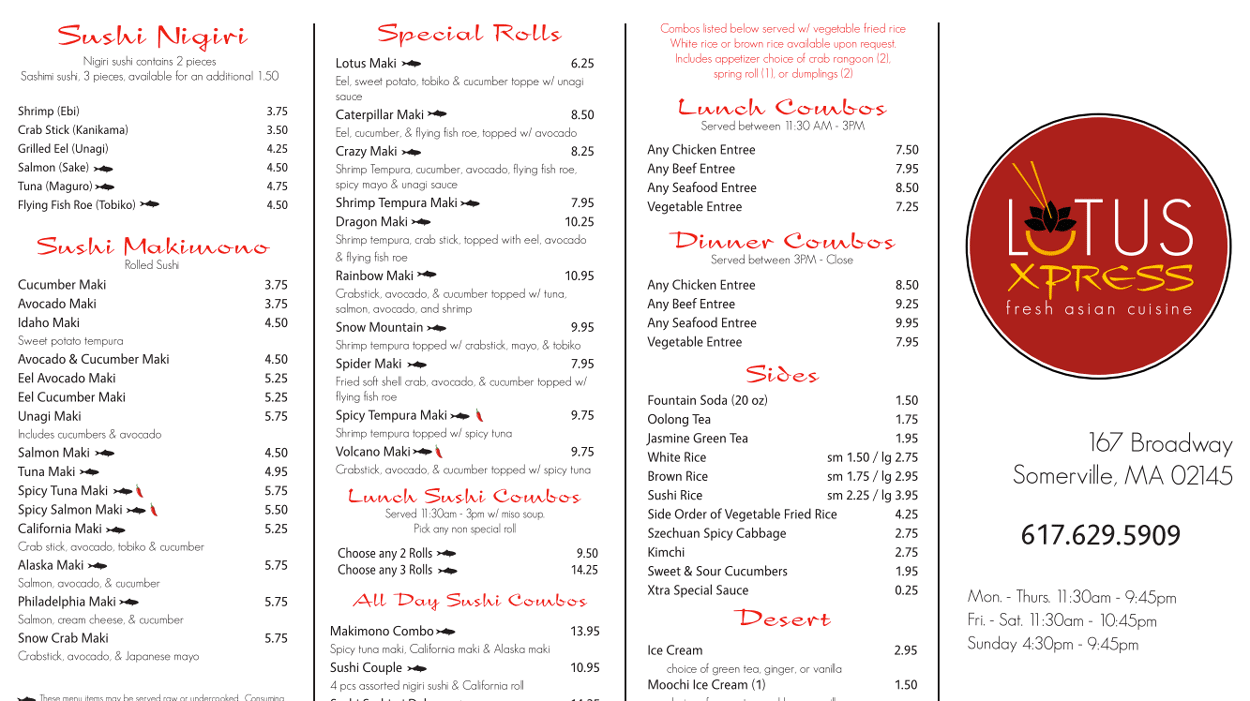 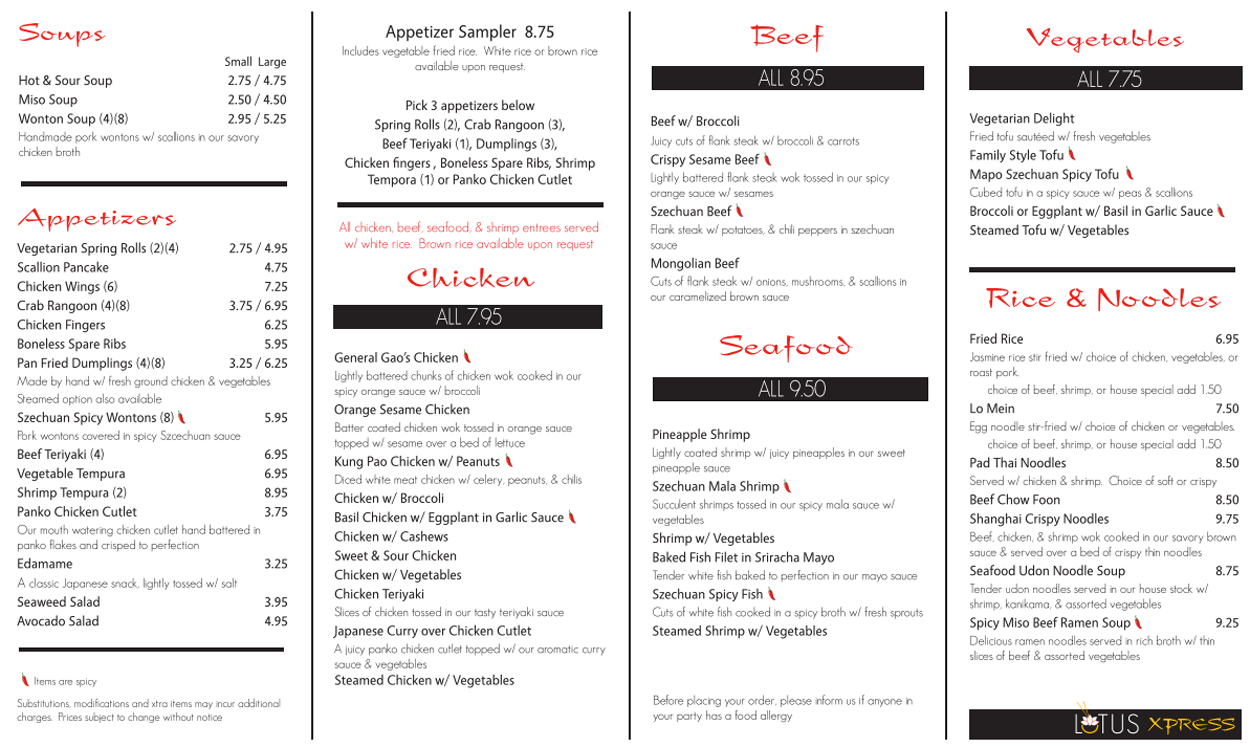