Share All sharing options for: You Only Have Until 2PM to Vote Karen Akunowicz of Myers + Chang For Hottest Chef in America 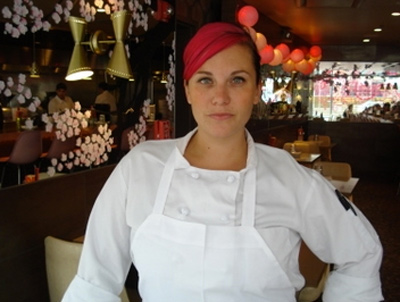 You have but 24 hours to vote for Myers + Chang executive chef Karen Akunowicz for the title of Hottest Chef in America. Why are you still reading this? Go vote right now already! Karen was voted Hottest Chef in Boston by Eater readers, beating out a whopping 29 other hotties. Then, she went on to dominate in the regional round, crushing the competition from cities like Philly and D.C. Now, she's up against just three other chefs from three other cities. But they're not as hot as she as! Vote now, tell all your friends to vote, make new friends and tell them to vote, take to the streets, do whatever it takes. Make Boston proud, people. And good luck, Karen.

Once again, here's where to vote. The poll closes tomorrow, February 20 at 2PM EST.

It Was the Summer of Seafood Towers in Boston