Share All sharing options for: Mantra Lives on As Much-Changed Event Space 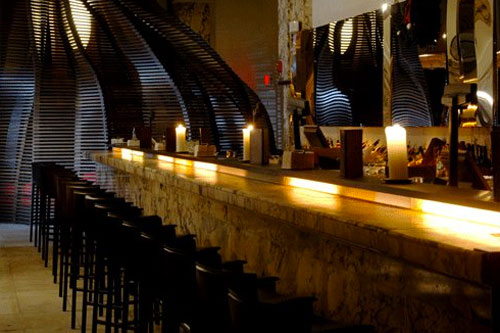 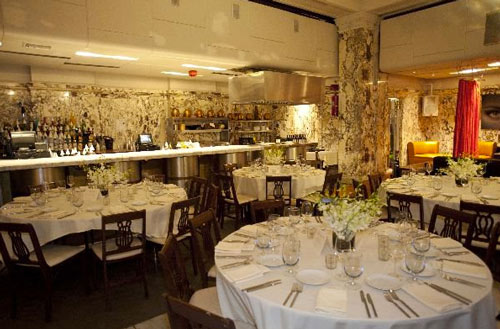 Mantra closed in the Theater District last spring, but it turns out that the French-Indian restaurant/lounge lives on in an altered state. A Valentine's Day offer at Mantra posted by Gilt City caught the attention of a poster on Chowhound yesterday, as it seemed odd that a closed restaurant would be open. Eater confirmed that the event is happening and the Mantra website says the space is still active for private dinners, corporate events and weddings. Though Yelp lists Mantra as having moved, a representative from One World Cuisine, which ran/runs Mantra as well as Diva in Davis Square and Kashmir on Newbury Street, says the location remains the same: 52 Temple Place. However, back on Chowhound, local restaurant critic MC Slim JB notices that the decor has drastically changed.

"It's like they stripped it down and then later refurnished it using wedding-reception rental furniture," he writes. A prominently placed HVAC unit seen in one of the photos of the renovated space suggests to Slim that this is "Not quite the beautiful, ultra-modern interior design it was once praised for." Still the Mantra website encourages patrons to "Discover the mystique, intrigue and exotic sensuality of MANTRA." Which now especially applies to ventilation fetishists. The website also likes to the Facebook page for Mantra, though it's for a different Mantra, located in New Zealand.

The Mantra space was rumored to become the new home of an upscale Greek restaurant: as of now, that hasn't panned out. Know more about Mantra? Hit up the tipline.

UPDATE: There's actually going to be a whole new Mantra.