Clio Gets a Visit From a Prince

Share All sharing options for: Clio Gets a Visit From a Prince 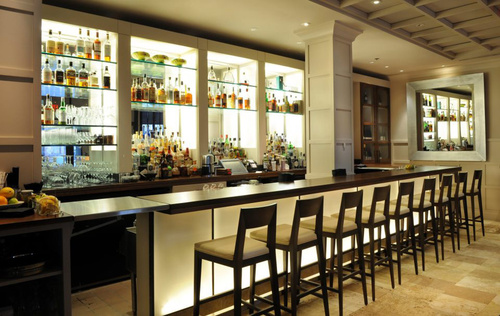 A few months ago we had a guest visit us here at Restaurant Clio who was a visiting Prince from a country that we will keep confidential. We got a call from his handlers on a Tuesday afternoon saying that he would be coming in with his family and security team. They asked if we had space for fifteen, and when we said that we did they hung up without leaving contact information.

We were not sure whether or not this gentleman would actually be joining us, but we set the room assuming he would be. I started calling friends in Washington to try to get more information about this fellow, but I was told that the country he hailed from had many princes, and that there was no way to know exactly how significant this one was. About an hour before they were scheduled to arrive, a small caravan of black SUVs rolled up to the front door and the Prince's security team came in. They started checking under chairs, adjusting tables? then the rest of the group arrived. They asked for Kleenex brand tissues on the table between every two people and a small waste basket at the end of the table. We were instructed to have someone stay near the Prince, but to never address him directly.

After careful consideration, the Prince picked out the most expensive bottle of Bordeaux on the list, a 1970 Chateau Petrus at $2,500. Him and a friend drank two thirds of it, then they downgraded to the second most expensive bottle (since we only had one 1970 Petrus in house). After finishing two thirds of that and enjoying his dinner they were done. I couldn't tell you exactly what the bill was, but the gratuity alone would look nice on a paycheck. This said, the numbers alone are not what make this gentleman worthy of Whale Week. After finishing his dinner the Prince got up, went outside to smoke a Cuban cigar, and instructed his handlers to pay the bill. The main handler told us that the Prince had a phenomenal time, reached into his jacket and dropped a giant stack of bills on the table. Straight cash, a handshake, and he was out.