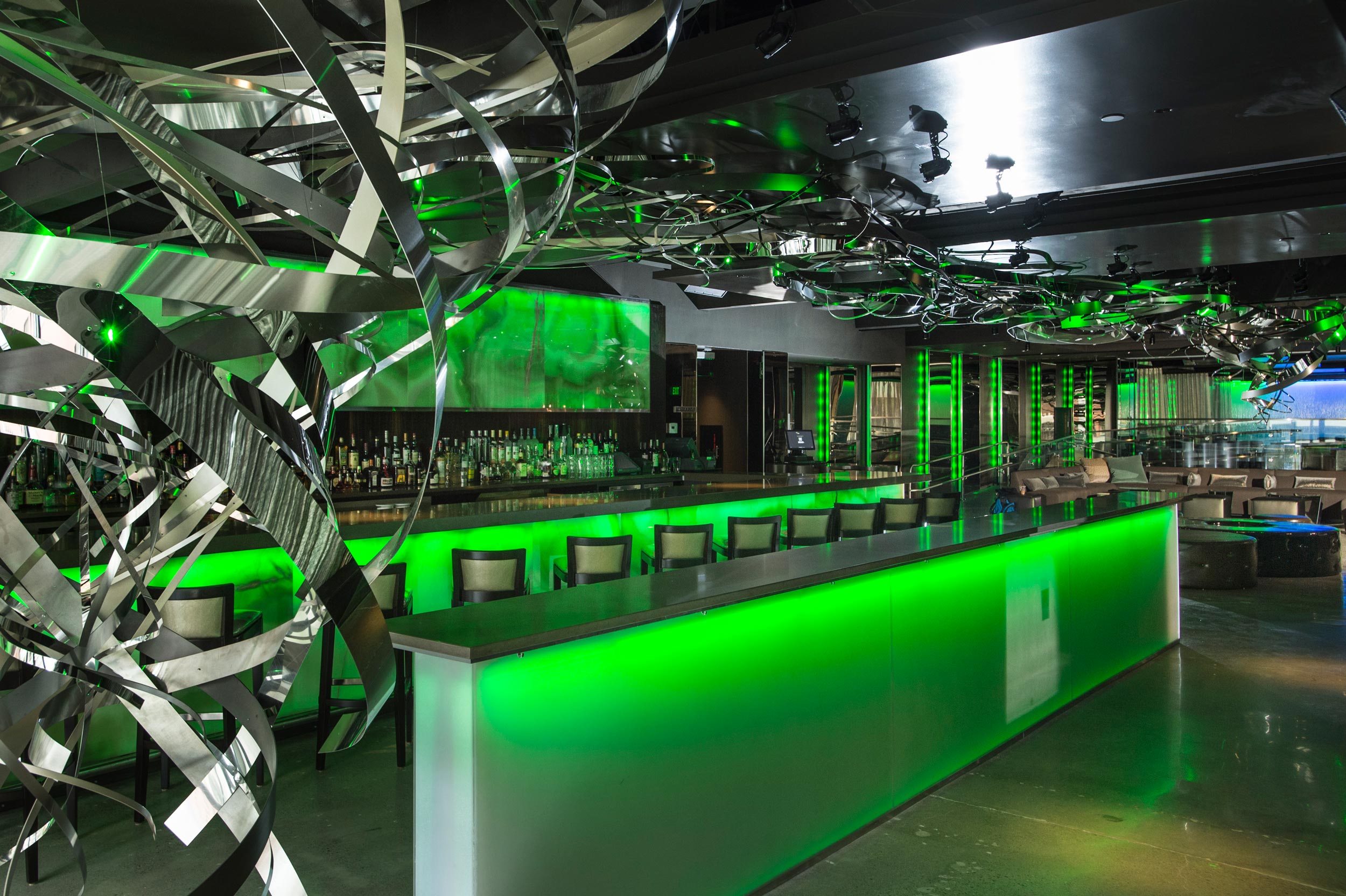 1. A successful local businessman came back from his wedding, which was in Africa. He bought two magnum bottles of Cristal for $1,000 each, plus many more drinks. The tab came out to be in the mid $3,000 range.

2. We have a regular, a young businessman, just out of college. One day he bought eight of the Dom Pérignon Luminous. The special thing about that bottle is that the label is connected to a battery, hidden under bottle, and so it glows a bright green. At $300 per bottle, let's just says it is a vey expensive, very tasty glow stick.

3. We have a package that is $1,600 that includes a magnum bottle of Belvedere Intense vodka plus a magnum bottle of Armand de Brignac or "Ace of Spades" champagne. One night a group of three guys and three girls showed up, asked for a table, looked at package and ordered. It was a great scene: the bottles are gorgeous.

4. Once we held an afterparty for a wedding rehearsal dinner. One of my old clients was in the wedding party, and they were celebrating at a "secret" location within Emerald. He ended up buying shots for the entire wedding party of twelve of Louis XIII cognac, which is $250 a shot. That plus the rest of the drink tab exceeded $5,000.

5. On New Year's Eve, we had a gentleman who booked at the last minute the private VIP room package - called Ruby - for $3,000. He also came in the night before and spent $2,000 for an industry New Year's Eve party with [DJ/producer/songwriter] Clinton Sparks. Also, he booked the presidential suite in the hotel. $10k would not be an exaggeration for his little outing.

6. A businessman from Asia was staying at hotel. He had come early and we had a very lounge feel early in the night, but he was looking for something more upbeat. It was 10PM and I told him that we do transition to a vibrant scene later, but I directed him to some other clubs in the area and called the GMs to make sure our hotel guest was taken care of. Within an hour, he had returned. By 11PM our DJ was in full swing, and it was a fun and very busy scene. He ended up sitting down at a table and ordered five bottles of 2004 Champagne Perrier-Jouët campagne, which are all hand-painted. At $250 a pop, he had a fun time with all the ladies he met. It's nice to be gracious and offer other options at other venues to guests and then to see them return.

Lastly, all these tables are extremely generous. With gratuity in the 30% to 50% range.