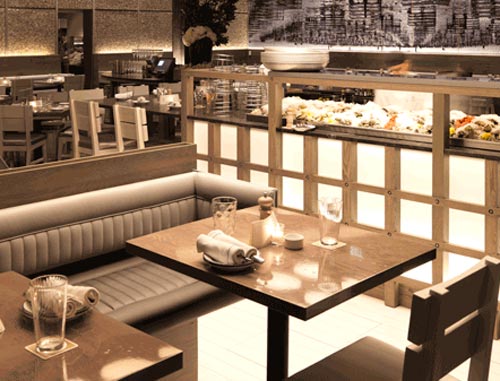 The thing I often find most remarkable about people who come in and order expensive wine is how unassuming they tend to be about it. From the couple who gets a $180 bottle of champagne to wash down a dozen oysters before going home to cook dinner to the businessman who orders a $320 bottle of pinot noir to enjoy a couple of appetizers with, the big spenders I encounter are often simply people who enjoy good wine and don't want to make an event out of the evening. Often they offer me a taste or leave some unfinished in the bottle.

One of my favorite examples of this was a group of gentleman visiting from Texas for a Rangers vs. Red Sox game. Five men and two teenagers dined with me, and over the course of their meal the host of the party ordered four bottles of Nuits-St-Georges, which at the time was our most expensive bottle of wine, just shy of $200 a pop. He offered a taste of the first bottle to me, then insisted that his friends a couple of tables over get most of a bottle poured for them, and barely even started drinking the last one I opened. At the end of the meal, he gave me a black American Express card before even looking at the check. When I brought it back to the table, he had me give it to his teenage son to sign.

His son took out an iPhone to calculate the tip, but while I was still at the table, the host said to him "cuarenta," which is Spanish for "forty," meaning the son should just tip me forty percent. It sticks out in my mind because everything he was doing was so excessive in one way, but his demeanor was calm and I didn't get the sense that he was trying to impress anyone, or that anyone in his party had any idea what they were even drinking, let alone what it cost. It was a kind of excess of generosity, including towards me.