Share All sharing options for: Nookie Introduces 'Marky Mark and the Funky Brunch'

It's been a month since Nookie's final dispatch on the process of opening Commonwealth, and now he tells Eater that he's introducing brunch this Sunday. Dubbed "Marky Mark and the Funky Brunch," it'll be "super casual, super fun." Diners probably won't find the real Marky Mark, "just the killer music. Maybe some Vanilla Ice thrown in there for good measure." Also: $1 oysters from 10am to 3pm. Hot toddies. Bloody marys. The works. And you can watch football on a glorious 85-inch television. Check out the full menu, complete with doughnut holes ("filled with apple pie jam...boom!") and chicken & biscuits (with a "gym membership.") 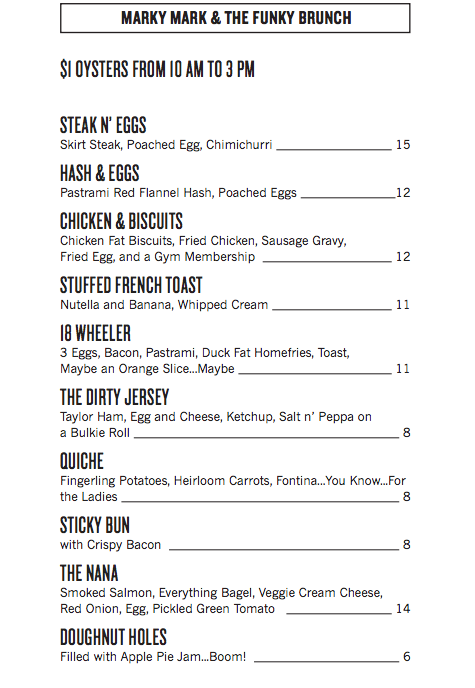 · All coverage of Commonwealth on Eater [~EBOS~]