Friends of Eater on Their Restaurant Breakups of 2013

Share All sharing options for: Friends of Eater on Their Restaurant Breakups of 2013

As is tradition at Eater, our closeout of the year is a survey of friends, industry types, bloggers, and readers. We've already looked at top restaurant standbys, top newcomers, the one word to sum up 2013, best dining neighborhoods, the biggest dining surprises, and the single best meal of the year. For our next question, friends of Eater reveal the restaurants they broke up with this year. (Here are last year's responses if you'd like to relive 2012 memories as well.) Readers, please add your thoughts to the comments. 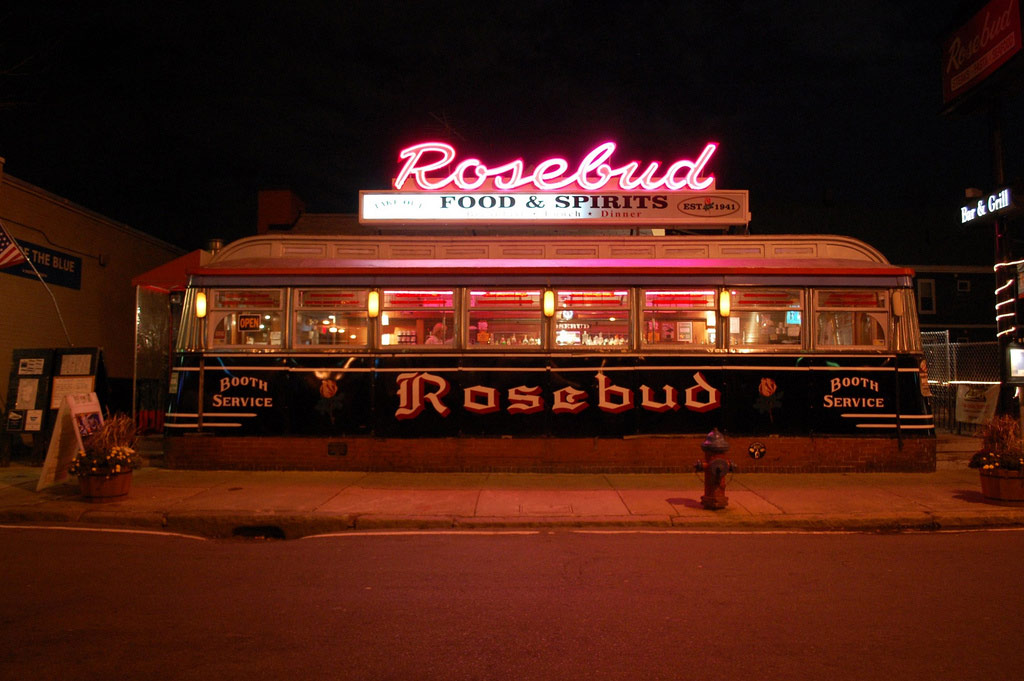 Q: Which restaurants, if any, did you break up with this year?
MC Slim JB, restaurant critic, The Improper Bostonian: Yume Wo Katare, the tiny, crazy-good jiro ramen joint in Porter Square. Okay, to be fair, it dumped me to take a couple of extended breaks this year, but it's open again, so we're back on again.

Marc H., Boston's Hidden Restaurants and Boston Restaurant Talk: I continued to break up with most fast-food chains in and around Boston, with Five Guys and Panera being a couple of exceptions.

Luke O'Neil, freelance journalist on cocktails and lots more, all over the internet: None specifically, but the steak house model of a high $20s protein with $7 side options that sneakily add up to $150 dinner for two without you even really noticing is an experience I had more times than I'd like this year.

South End blogger BosGuy: Tremont 647 in the South End. The staff turnover has changed the experience and I've found a new home in BoMA Bar + Restaurant.

Damien S., community manager for Yelp Boston: Do we ever really break up with restaurants? You know that when they call late at night, and you're hungry, you're bound to make a mistake. Speaking of guilty pleasures, my partner-in-grime and I vowed to wean ourselves off the fried pitas at Intermission Tavern, so it's actually been a few months since we've had them. A few very, very long months.

Drew Starr, Eater Boston contributing writer: Not counting places that have closed, there is really nowhere that I intentionally stopped going to this year. Even if I didn't get back to a place that I've enjoyed in previous years, it was thanks to a glut of new places that have opened, not a conscious decision not to return somewhere. I am getting really close to breaking up with Pizzeria Regina though — or at least their by-the-slice locations. Those slices seem like they're getting smaller, more expensive, and their ovens just aren't capable of putting out what the original location does.

Jacqueline Dole, food writer and photographer: The Rosebud closing absolutely broke my heart; it's always been one of my standby spots throughout my entire life.

Marian White, BostInno staff writer: I can't say that I broke up with any restaurants this year. But I do feel like I was dumped (so to speak) by my old standby, Cognac Bistro. It was the first restaurant I ever wandered into when I moved to Brookline and then it closed — just like that — this year. But that Mussels "Escargot" dish…I'll never forget! Sigh.

Dave Levy, We Love Beantown blogger: Parish Cafe. I don't know, maybe it's because I'm spoiled by bigger, more craftier beer lists that have populated the Back Bay and South End over the last months or I'm just running out of steam on sandwiches. I think I'm done with both locations.

Bianca Garcia, Confessions of a Chocoholic blogger: Sportello. Technically it broke up with me first, by deciding to remove the counter bakery section.

Leah Klein, Leah's Life: Pearls and Oysters blogger: Chez Henri. It lost its spark a while back. The bar was still a great place to be and the Cuban sandwich stayed strong, but the restaurant was a shadow of its former self.

Rachel Cossar, Foodista on Pointe blogger: I broke up with Pinkberry...and yes, it's as serious as it sounds.

Aaron G., Eater Boston reader: I broke up with Petit Robert Bistro and any place associated with Michael Schlow. For Petit Robert Bistro, it wasn't anything they did; the closure of the Brighton location made it a bit less convenient, and the food, while good, just wasn't as interesting as other dining options. For Michael Schlow, we had a particularly bad customer service experience at Radius; through his employees, Michael Schlow came off as self-centered.

Michele Won, Eater Boston reader: Corporate chain restaurants — though Won's at that phase where Won can't quite cut them off entirely and begrudgingly goes for bootycalls for convenience and free Wi-Fi.

Parish Cafe and Bar (Back Bay)